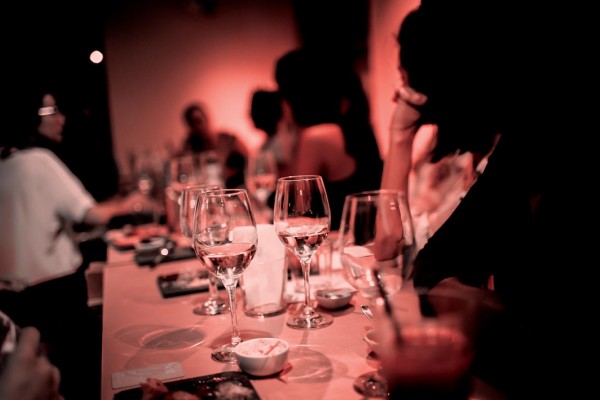 BYO culture is sacred. You get the mates and the missus together, fuck around in New World trying to find the best dollar-per standard wine, and finally saunter through some dimly-lit, red-walled restaurant with your posse. There’s something about knocking back a few glasses – or bottles – of wine over an extra-mild butter chicken that is, to put it nicely, orgasmic. It’s the kind of pleasure that your first high-school boyfriend could only dream of giving you.

But behind this ritual of debauchery lies a sad, limp truth. BYO culture is a shadow of its former self. In 2015, the the Southern District Health Board, the police, and license holders, introduced an accord to limit drunkenness at BYO restaurants. The accord includes regulations such as the sharing of a bottle between two people, the banning of all drinking games and the mandatory consumption of a main meal. The trouble is, no sensible alcoholic student is going to settle for 3.5 standards on a night out. This isn’t high school; you’re not going to get fucked by downing a couple of cruisers and calling it a day. Even a slack-jawed Carrington twat needs more than half a bottle of wine to forget the disappointment in their mother's eyes after med results are released.

Critic spoke to Mayor Dave Cull about the impact of the accord and the reasoning behind it. For those of you new to Dunedin, picture Invercargill Mayor Tim Shadbolt, squint a bit, and you’ve got a good starting point. With sexy reading glasses and dashing salt-and-pepper curls, Mayor Cull has the starring role in your repressed daddy issues fantasy. Not to get too steamy or anything, but he’s also published a range of books such as “Kitchen Essentials,” “You Can Paint It!: Techniques and Tips,” and “New Zealand Backyard DIY Projects”. Be still, my beating heart.

“Prior to the accord, most premises had the practice of allowing one bottle of wine per patron. At eight standard drinks this is a lot of alcohol for a diner to consume. It’s the equivalent of eight stubbies of Speight’s [No fucking shit Dave, every student knows how to calculate standard drinks]. There were significant problems of intoxicated patrons on premises and related poor behaviour. Complaints were regularly received from other diners complaining about drunken antics at restaurants.”

So, it’s obvious there was a problem, but was the accord the best way to fix it?

In 2015, OUSA President Paul Hunt spoke to the ODT, complaining that the accord was created without the consultation of students. “OUSA believes that more should to be done to make on-licence establishments more attractive, affordable and accessible to young people, as they are the safest environment for the consumption of alcohol.”

The impact of this accord on students is complicated, especially logistically. Sharing a bottle of wine is more difficult than it looks. Firstly, it requires you to have a friend to share it with, which eliminates all theology majors. Not only that, it calls for you and your friend to have the same taste and financial priorities in wine. If you’re a red-drinking lass while your tasty sidepiece is a white wine fella, you’re in for a good argument and finally a compromise on rosé. Yes, people are forced to drink rosé. Tragic. And then comes the problem of quantity. Even Thai Hanoi agreed that they felt like “one bottle between two people just isn’t that much.”

So of course, students have inevitably turned to pre-drinking. And lots of it. According to the folk at Kashish Indian Cuisine, “We get a lot more students who turn up already drunk.” If you’re only going to get a mere 3.5 standards at the BYO, what other choice do you have? However, if you were expecting to drink 7-8 standards from a bottle of wine, then pre-drinking suddenly becomes a lot less likely to occur. “A bottle of wine typically is a night out for me, just because I’m a fucking lightweight,” one female student loudly told Critic. Compared to the warm haven of a restaurant, flats are a lot more dangerous with regard to student drinking. Not to sound like an overbearing Harold the Giraffe or anything, but it’s a pretty well-known fact that you’ll be more able to access drugs and hard liquor at a flat than a BYO establishment. In response to the raised concerns around increased levels of student pre-drinking, Mayor Cull said, “Students pre-loading is a problem with all licensed premises and was a factor before the accord.”

As well as pre-drinking, smuggling has also become more of an issue. Kashish says: “People are smuggling in extra wine bottles in handbags, backpacks, even coats. Often our wait staff are too busy serving other tables to keep track or properly intervene. People just want to drink more, but they also want to avoid paying for corkage.” Let’s be honest, who hasn’t done a good ol’ fashioned switcheroo? Suddenly the weirdo kid who carries a man-satchel everywhere has a time to shine. It’s all fun and games, but it’s taking money from the restaurant, which probably deserves it for putting up with your drunk ass. Some BYO restaurants even reported unusual occurrences of theft committed by drunk students, such as toilet paper and even lightbulbs.

It’s unclear as to why the police felt they needed to intervene in lieu of restaurants setting their own individual BYO guidelines. Taj Mahal have had the one bottle between two people policy for “years, way back before 2015.” Surely if individual licensees felt like there was a problem, they could just create a policy for themselves? If I could be fucked interviewing the ACT party, this is where they’d probably insert some comment about bureaucratic hellholes. It’s worth noting here that restaurants opt into this policy to a degree; as Mayor Cull explained, “It’s not a regulation but an accord. A meeting of restaurateurs was held and those attending agreed that intoxication at their premises as a result of BYO was an issue, and wished for uniformity over alcohol limits for their premises. Since it started, premises that have started or changed hands have willingly agreed to be part of the accord as they are aware of the benefits that have occurred in the past three years.” . Much like wearing a striped top to your Law lecture, sometimes it’s just easier to fit in and not make a fuss.

For the most part, restaurants don’t seem to mind the accord. Kashish says, “There’s two sides to it. On one hand you get, to some degree, better behaved customers who are there for the meal, not the wine. But there’s also a real loss to business. We’ve lost customers. This regulation has made BYO culture more expensive for students.” Thai Hanoi says that the accord "means that the restaurant has an official excuse to refuse to serve people and limit their drinking, which is good when it comes to drunken customers.” And the DCC are certainly keen to congratulate themselves on a job well done, with the Mayor noting that “The accord is working well and incidents and complaints about restaurants has decreased significantly.” With all this said though, it feels like students are being left out of the conversation. Sure, maybe complaints have dropped significantly in restaurants, but if that student goes home and gets alcohol poisoning, is that any better? To some extent, it feels like the DCC has pushed the conversation about student drinking culture behind closed doors. Maybe it’s time to open it again.

Overall, this accord hasn’t been great for students. It’s encouraged a culture of pre-drinking, smuggling and wine-compromise. My own mother, feeling compelled to assist in my sure-to-be short-lived journalism career, chipped in: “As a rate payer I feel my civil liberties are being curtailed!” Thanks mum. Civil liberties aside, it’s worth noting that no other city centres in New Zealand have a BYO policy. Auckland, Wellington, Christchurch – hell even Hamilton if you feel like giving them a pity mention – all have the decency to allow a bottle of wine per person. It often feels like, once again, Dunedin students are getting stuck with the short end of the stick in regards to perception on our drinking culture. So, maybe BYO culture should just die a slow, painful death. Let’s face it; it’s expensive to go out, pay for a bottle of wine, meal and corkage, all just for 3.5 precious standards. If we had any common sense, we’d just crack out the vodka with the flatties. But then again, fuck it, butter chicken is delicious.