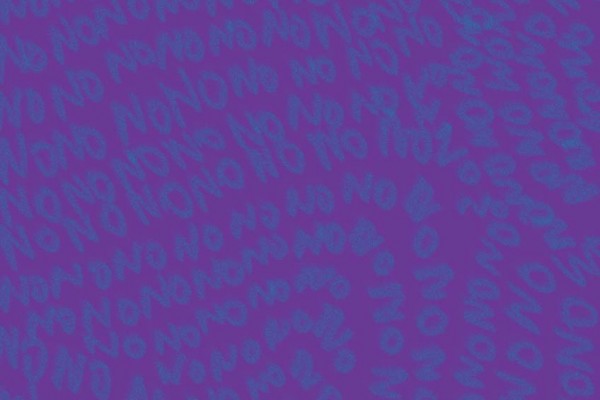 That One Time I Realised It Wasn’t Just a Bad Sex Experience, It Was Assault

Not long ago I was sitting down with a friend talking about exes and past flings, which led to sharing sex stories.

All of a sudden the memory I had felt was right there but eluding me earlier rushed to the forefront of my mind.
“Wait no, I’ve got my worst one,” I said, and proceeded to tell the story.

I was asleep in bed and this guy came into my room and woke me up. We’d had a ‘thing’ a little while ago, and he was friends with some of my friends. We’d had really bad sex once before and then our ‘thing’ fizzled out. I hadn’t spoken to him in a few months.

It was 3 am and he was drunk. He told me (yes – told, not asked) that he was sleeping in my bed tonight because he couldn’t be bothered walking back to his flat. He climbed into my bed and lay there.

We ended up having sex and halfway through while he was INSIDE ME he started musing aloud, saying things like “I am getting older you know, I should probably start thinking about settling down, having some kids. Maybe I should settle down with you, bet you’d be a good mum”.
This dude, who I had been on one date with was telling me mid-sex that I should have his kids.

But here’s the thing. That is not really the story of what happened that night. In the interest of keeping our conversation funny and light-hearted, I’d left out the parts that had made me feel a bit icky, the parts that didn’t quite sit right with me.

Here is the full, unedited version of what happened that night. It is far less funny.

Lying in my bed with this guy next to me, I tried to get to sleep. He seemed to have other plans, despite insisting earlier that he wasn’t here for sex, just to cuddle. He started kissing and touching me. I rolled over and tried to ignore it, making jokes that he was breaking his promises to let me sleep. He ignored those comments. He shuffled down the bed under the sheets and started giving me oral sex. I hadn’t asked for it. After a bit he stopped and said, “are you even all good with me doing this?”

The truth is, I wasn’t. I didn’t want him in my bed, I’d told him I didn’t want to have sex and only wanted to sleep, but he had ignored that. He had already started giving me oral without asking permission, seemingly not giving a shit whether I wanted it or not. He took it upon himself to assume that if he pleasured me I would be okay with it.

Now, I can hear the trolls already: “yeah, but you didn’t stop him because you obviously wanted it”; “yeah, but then you said yes, so he didn’t do anything wrong”.

And that’s true, I did say yes. When he eventually asked me if I was okay with him doing these things to me, I said “yes, it is fine”. We went on to have the awkward ‘having-kids-talk’ sex I mentioned earlier.

I had always believed I had never been raped or assaulted. I have always given my consent to have sex or engage in sexual activities, therefore I haven’t been harmed, I have just had some bad experiences, right? So why do I look back on some memories and feel violated, and regretful that I didn’t stand up for myself more?

I related to stories from the #metoo movement and the comments from so many others who said that they were worn down, were afraid of saying no because of their upbringing, and felt obliged to let sex happen either because of uneven power dynamics, or because the situation was so bizarre they didn’t know how else to respond. Those icky feelings I had about the situation, feelings I continue to have today when I look back at that encounter, were feelings of violation, of humiliation, of my power being taken away from me.

We are raised with this idea that rape and assault is what happens when you are kicking and screaming “no,”and someone pins you down and has at you anyway. What we are rarely taught is that consent isn’t just the absence of a no. Consent should be freely and enthusiastically given, without pressure or coercion of any kind, and both parties must be in a state where they are capable of consenting. Consent cannot be given if you are unconscious, if you are blackout drunk, if you are asleep, if you feel threatened or intimidated, and it sure as shit should never be assumed by either party. Just because someone seems to be getting pleasure or enjoyment out of an act, does not mean that you had the right to perform that act in the first place, if you did not ask. Having had consensual sex in the past does not mean you are entitled or obliged to have sex again. And finally, giving consent to one act, i.e. saying yes to touching or oral, does not grant consent to more graduated activities

I said yes, but I didn’t want to. I said yes, not because I freely and enthusiastic wanted to have sex, but because I was tired, worn down, and felt as though I didn’t have a choice either way. I think back to his mouth on me, and to that night, and I cringe, I squirm, I feel nauseated at the whole experience. That is not consensual sex. And it sure as hell is not just an embarrassing sex story.