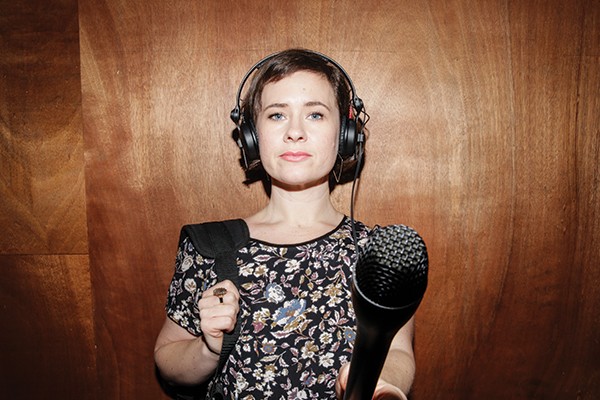 An interview with the creator of a New Zealand sex podcast

When did you last ask your mum about her sex life? Melody Thomas did it on national radio.

Thomas loves audio storytelling. A lot of her work is in music journalism and she wanted to try something different. She’d been listening to a lot of Dan Savage’s Savage Lovecast where people phone in with questions about sex and relationships. She found the content of the podcast, “kind of shocking at first… but it very quickly becomes very normal. It just had that effect of totally normalising sex and opening up conversations.” She realised that while she does talk about sex with her friends, a lot of that talk is superficial. “We didn’t really dive deep into stuff like how experiences when we were younger might affect our psychology now, and the real nitty gritty of keeping connected in a long term relationship.” Since making Bang!, Thomas gets people emailing and messaging out of nowhere to talk about sex and relationships.

As well as talking to her mum about her love life, Thomas begins the series calling a guy she had barely seen since childhood to ask if he remembered getting naked and fooling around in a tree house when they were kids. It’s TVNZ’s breakfast reporter and weatherman Matt McLean. “I had emailed him. I hadn’t talked to him in so many years, and we’d never been close, so probably the most awkward part of the whole interaction was that first email.” Thomas says since doing the podcast she can talk to people about these things really openly, but not that long ago, “I would have been mortified if that had come up. It was so deeply buried under layers and layers of shame.” Luckily McLean’s mum is a sexual health nurse, so he was used to talking about these things.

Thomas says both conversations started “incredibly awkwardly,” but really quickly became easy. She’s noticed with all these conversations that the first bit is difficult, but that “once you’ve given people permission to open up, they just run with it”. She’s gotten used to people stopping at her desk to tell her intimate details. “It’s awesome. I’m a vessel now for everybody’s sexual stuff.” She says by taking on a “totally reasonable, no-shame façade,” that the façade quickly became real. “It’s fake it till you make it. I love it now.”

One surprise for Thomas was the amount of sex some people are having in their 50s, 60s, and 70s. She had believed the message most of us get via the media that sex and pleasure are the realm of the young. In the final episode she talks to a 72 and 75-year-old hetero couple who still have regular sex. The woman says she’s having the best orgasms she’s had in a long time. “When I turned up they told me they’d had sex that morning because they knew I was coming over.” Thomas has discovered that couples who are willing to commit to stay connected physically and emotionally can often have great sex until they die.

Episode 3 of Bang!, Netflix and Chill, is about dating and hooking up as a 20-something in New Zealand. Thomas explores how dating apps like Tinder have changed hook-up culture from the old pattern of getting pissed and hooking up with whomever you happen to bump into. She thinks one of the positive things about Tinder is “people can be really explicit about what they want, and so, if you are just out to hook up, then you can put that on your bio and other people who want to just hook up can find you easily, and that would potentially prevent a bit of harm.” She believes most of us aren’t yet at the stage where we can discuss exactly what we want in a face-to-face interaction, “You might have an interaction with someone that didn’t feel good, but just stuff it down, as opposed to reflecting on what worked and what didn’t work about it for you and then using that going forward”. Thomas believes we need to be able to say, “this isn’t what we talked about. Let’s slow down a bit for a second and talk about it a bit more. We still can’t do that.”

“We talk about respect within a relationship, but when it comes to one-night-stands or sleeping with someone who’s slept with a few of your friends, respect isn’t compulsory. We need to look at why that happens as well. Respect needs to be something that happens in all sexual interactions.”

Bang! is a seven-part RNZ production. It is available on iTunes.