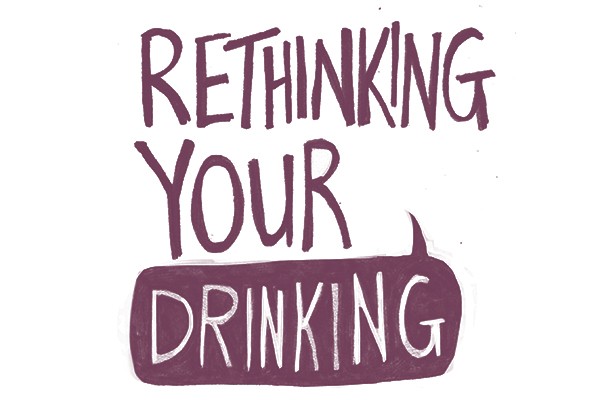 Zane Pocock is a former Critic editor and the COO of Hello Sunday Morning, a charity that develops campaigns and technology to help people change their relationship with alcohol.

In the past year, much has been made of improving behaviour in the student quarter. Couches have enjoyed a revival in popularity with their creative new interpretation as places to sit, and the Hyde Street Keg Party has become a well-controlled PR stunt to show the parents of New Zealand’s high-schoolers that the Scarfie life is now a Mecca of harmless fun. So it may come as a surprise to find that these superficial improvements hide a troubling secret: we still don’t know how to support each other when it comes to alcohol.

Proctor and the gamble

With the DCC opting last month not to extend a liquor ban to the student quarter, it’s clear that our behaviour is moving in a direction that city stakeholders like. The decrease in public disorder is rightly hailed by the majority of students and the wider public alike as a positive change, but we should scrutinise what it means that this has been the result of a tough stance taken by the university. As the Proctor told the Otago Daily Times back in February this year, "The statistics don’t lie and we are pleased that what we are targeting, including student disorder and poor behaviour, is trending down … This is in part due to tougher penalties."

Statistics are more than capable of confessing to your desires if you torture them the right way, and the implication of this particular point is that residents, students included, are now better off. Unfortunately, the unsettling truth of changing a culture through crack-downs is that it’s a gamble with the welfare of those involved: while specific, targeted behaviours do generally improve, it can be like putting a bandage on your head before continuing to hit it against the wall. At least you won’t ruin the white paint. The best example of this paradox was seen when affordable student drinking holes were systematically bought up and shuttered over the past decade. When generations-old establishments such as Gardies shut down, we saw our alcohol risk profiles skyrocket as students were pushed into pre-loading and flat parties.

The result of this apparent success has been a dramatic silencing of the conversation about alcohol in Dunedin, a trend that is exacerbated by the shape of alcohol health promotion. While students are now passing the public relations requirement, when it comes to individual consumption we still hear the same old tune. We’re terrible people if we drink a lot. We’re spoken at, treated like children, and, every now and then, if we listen really hard, we may get the slightest hint of what we’re supposed to hear: “The health implications … your studies …”

You’re not at fault if you never hear the end of these sincere but monotonous campaigns. We’ve all admitted that we could probably drink a bit better. There’s always that hangover that prompts us to swear it’s the last one. We know this, but the messaging and attitude is neither helpful nor effective.

The problem lies in the current approach to health promotion, particularly with alcohol and other drugs, which relies heavily on the creation of stigma. While it’s an approach that has clearly resonated in government boardrooms, it leaves those of us caught in the middle with a terrific burden. As students, we are the enemy. We see “don’t let a night out turn into a nightmare” advertisements and think of a friend who resembles the ad. We are inadvertently encouraged to write them off as someone who can’t handle their alcohol; we may even avoid them or, in the best case scenario, make sure they get into a cab.

But most of us have been that person at some point.

My story will sound familiar. There were times at Otago when I felt profoundly alone. I was surrounded by amazing friends, but still at times I would resemble the person in those ads. When people give you that look – the implication that you’re at fault and you should sort your shit out - the gap of loneliness only widens. Hell, on certain weeks, resembling the ads becomes its own perverse sort of goal.

In the middle of it all, we are taught to write this off as our own issue to deal with. It feels like we’re at fault, that it was because of some moral failing that we found ourselves in this position. And so we keep on.

As amazing as our progress has been in recent years bringing mental health concerns to the surface, we still can’t talk about alcohol.

I later learnt just how common this is. At a wider population level, studies into the relationship between alcohol and other mental health challenges have been finding a close link for decades – around 35 percent of people who have difficulty with alcohol or other drugs are also working through a concurrent mental health issue. At the local level, talking to friends a few years later I found that my experience was shockingly common.

If I were to sum up my time at Otago in one quote, it would be, “are you drinking tonight?” to which I felt like the only valid response was affirmative. Almost all of us will struggle with this at some point; we just haven’t learned how to talk about it. Most of us have never burned a couch, thrown a bottle or yelled at Campus Watch, but we wouldn’t mind a helping hand. We know about the effects of alcohol, yet it feels like there’s no one to talk to and nowhere to turn.

We need to feel comfortable talking honestly about alcohol. If you’ve ever felt that it’s difficult to define your own relationship with alcohol, you have an amazing opportunity to take the lead. It’s not about anything extreme like boycotting alcohol (although, if you want to, you should feel comfortable doing so without the perception of missing out). Despite the ups and downs, these really are the good years in a lot of ways. We should be having fun, and supporting each other will help, not hinder, this goal.

Zane Pocock is a former Critic editor and the current COO of Hello Sunday Morning, a charity that develops campaigns and technology to help people change their relationship with alcohol.