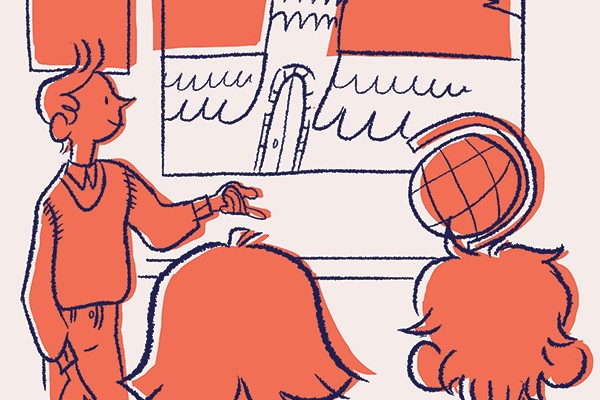 Have Degree, Will Travel

You’ve made it. After three years subsisting on a diet of Mi Goreng noodles, the cheeky seven-dollar fat bird, and too much caffeine, you’ve proven that you’re ready to take your place in the world with a fancy piece of paper, and a crippling student loan. You’ve had some great times, some horrific times, and some half formed blurry ones pieced together the next day from your snap story. Now what?

For some you’ll be lucky enough to be able to land a job in the discipline that you spent all those late nights studying. For a great many others – 73% according to a 2010 census study conducted by researchers from the Federal Reserve Bank of New York - you will be working in a field unrelated to your degree. When you combine this with a job market where there is a 5.6% unemployment rate for those who graduated in 2016, and an underemployment (when you want to work full time but are only offered part time or casual contracts) rate of 12.6% the thought of doing honours or masters seems more and more appealing.

While things might look quite grim from the numbers, being a New Zealander offers you a surprising amount of opportunities – so long as you’re prepared to step outside your comfort zone.

Travel has become synonymous with glamorous Instagram photos (#wanderlust) and backpacking through Europe (#OE). In our social media age we often overlook the more practical aspect of travelling for work. The very fact that many of us have English as a native language, with an accent to boot, is a marketing advantage everywhere outside of New Zealand.

This is because English has become the de-facto international business language, with the British Council projecting an increase from 1.7 billion English learners in 2015 to 2 billion in 2020. In China alone there are 300 million people who are currently learning to speak and write English – to put it into context the entire population of New Zealand is 4.8 million as of 2017. You don’t need to have podcasted your BCOM104 lecture to see the principle of supply and demand at work here. The more people that want to learn English – not just from a textbook but from a native speaker – the more valuable the skillset many of us take completely for granted becomes.

Especially since English is like the alternative facts of languages – half our grammar rules don’t work half the time (I before E except after C, and words like beige, caffeine, keister, heinous), many of our words mean different things at different times to different people (a ‘trump’ can mean to surpass someone, a valuable resource, or a Russian mole), and a good chunk of our words are just plain stolen from other languages (lieutenant, schadenfreude, faux pas). It’s easy to see why English is such a screaming bitch of a language for non-native speakers to pick up, and why there is such demand for native speakers to help navigate the linguistic minefield.

Organisations like the JET (Japanese Exchange and Teaching) Programme, run by the Japanese Ministry of Foreign Affairs, offer a grass-roots style teaching programme that places recent graduates in towns, villages, and cities all across Japan as a cultural exchange and a learning opportunity for both parties. Working as an Assistant Language Teacher (ALT) in tandem with a Japanese teacher for 35 hours a week, you are there to teach not just our fickle grammatical rules but also idioms, culture and New Zealand’s unwritten language rules (yeahnah). In some cases, you might be the first contact some people have ever had with the land of the long white cloud, a cultural ambassador from a different land.

In return you are placed in a completely new environment where you might visibly stand out from much of the population, not speak the language, have an entirely new set of cultural and social rules to learn, and not have immediate friends and family in the area. For people who have spent their entire lives in New Zealand, it might be the first time they’ve ever been the minority, the mythical other that they see walking around on campus, on the streets, or blamed in political campaigns.

It forces you to learn how to adapt to your surroundings instead of insisting that they cater to your whims. It makes you think practically about problem solving all the day-to-day tasks of paying bills, buying groceries, and getting around in an unfamiliar place where you don’t speak the language. Seeing how other people live, it helps you to understand where other people are coming from, and the different cultural and social expectations placed on them. And this makes you appreciate the similarities and differences between where you are and home, or where home might even be to you.

These new skills are highly sought after by employers – the ability to communicate clearly (especially in cases where you don’t share a common language, or if you become bilingual over the course of your time abroad), to think on your feet, and be able to problem solve and work around unexpected problems, like visa issues. When you have three thousand BCOM graduates who all took the same classes, learned the same things, and apply for the same jobs, what is it that distinguishes you from another name on a CV – what practical skills do you have? Is there someone who can vouch for your abilities? Why should we choose you over another candidate who scored better?

In international programmes like JET, New Zealanders have an unprecedented advantage over our European and American counterparts because of our small size. While America sends about 2,800 candidates (out of a population of 325 million) each year, New Zealand sends 230-40. Instead of an applicant pool where you might have 30 to 50 applicants for each spot, we have 10 to 20 (depending on how many people apply it can be even less). Even in travelling abroad and applying for visas a New Zealand passport lets you go practically anywhere – ranked 5th in the world for freedom of access, tied with Austria and Switzerland.

We have access to an unprecedented level of mobility that lets us go anywhere in hours (as opposed to months by boat), so long as we are prepared to take that first step, and organisations like JET will even pay for your flights there and back so long as you scrub up as an applicant.

The baseline requirement for many organisations and companies which look to recruit and place teachers overseas is that you are a citizen and have an accredited degree from a university in an English-speaking country. Regardless of whether you majored in Zoology or Scottish and Irish Studies, you have access to the same opportunities abroad as everyone else, so long as you’re prepared to go. Beyond that, being TESOL (Teaching English to Speakers of Other Languages) or TEFL (Teaching English as a Foreign Language) certified opens more doors in the private sector and can be an advantage in applying for more prestigious schools and programmes.

A TESOL or TEFL certification course represents a four week (or a 120 hour) training programme that gives you an internationally recognised qualification (as the TESOL International Association represents the largest bloc of international English teachers) that lets you dive into teaching overseas with 109 accredited academies across the world that run courses throughout the year. While it is relatively easy to become TESOL/TEFL accredited and jump right in, the drawback is that the private sector can vary wildly depending on the reputability of the employer or the academy where you did your course. Because of this, it’s extremely important to research potential schools in advance to avoid issues. Sites like daveseslcafe give you access to expat communities and forums to get a more realistic look at what you’re getting yourself into before you make the big leap.

In contrast, government run programmes (like JET and EPIK - English Programme In Korea) are more difficult to get into as they have a much more rigorous selection criteria – looking not only for teachers but cultural ambassadors. In the case of JET, since you are there as an Assistant Language Teacher, your role is to build bridges between different worlds as much as it is to teach, so an interest and willingness to learn about other cultures is needed. Whether you are in the classroom or out in the community, you are representing New Zealand, so there is a degree of responsibility and expectation placed upon those who go to not ruin it for others in the future. The advantage is that these programmes come with more prestige and an international alumni network that can lead to more opportunities down the road.

While it might seem daunting to go abroad to work, many of us came down to Dunedin from our home towns, leaving behind our families and some of our friends to find ourselves in a new place. Here we grappled with homesickness, adjusting to the ups and downs of student life while managing to do our uni work (or enough to pass), and came through it as different people. Here we met people from all walks of life who we might never have otherwise met and found ways to see past our differences and to learn from each other. Here we learned how to deal with shitty flatmates, unfamiliar social settings, and learned not just what we studied but who we are as individuals.

The same challenges that many of us have already overcome at Otago provide the foundational skills to go overseas, not as a tourist, but as someone who is there to work and to adapt to a new culture. Even if you never intend to teach as a career, the skills you pick up along the way will help you wherever you go, and wherever you wind up. While it might not be as glamorous as the carefully edited glossy photos make it look online, even the most menial job can be more exciting and rewarding when you’re in a new country by yourself.

While the job market might look grim for the recent graduate, this is the point in our lives where we are beholden to only ourselves – no children, no mortgage, no husband or wife – so we have access to opportunities that many people don’t even realise, and a freedom to go wherever we dare.

“I always wonder why birds choose to stay in the same place when they can fly anywhere on the Earth, then I ask myself the same question.” – Harun Yahya.

Tags:   have degree, will travel features