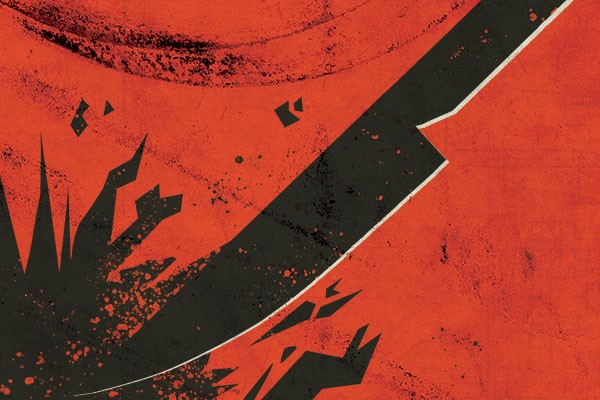 The most astonishing thing about criminal accusations is that, despite the difference between a person being guilty and being innocent being so profound, the arguments either way can often be equally compelling.

Often the best methods we have to assess guilt or innocence is physical evidence. While people can lie, the physical evidence they leave at a crime scene can’t: fingerprints, blood spatter, testimony, the marks and bits of ourselves we leave behind us everywhere we go.

However, a report released in 2009 by the US National Academy of Sciences (NAS) critiques many of the forensic methods that police and prosecutors rely on, including fingerprinting, firearms identification, analysis of bite marks, bloodstain pattern analysis, hair analysis, and handwriting. The report says that such analyses are often handled by poorly trained technicians who then exaggerate the accuracy of their methods in court.

Eyewitnesses are generally the most obvious source of evidence for what happened - they were there, they saw it, they can tell you what they saw. Unfortunately, memory recall has recently come under attack as forensics now supports psychologists in their claim that memories can be unreliable, manipulated, and biased. The problem is not simply that people lie; it is that our memories are flawed instruments for documenting reality.

When you remember something, it feels as though you are replaying a factual series of events, like the brain was a video camera recording its observations perfectly and then storing them. But there is no recording device in the brain. Memories are pieced together in a kind of patchwork, created by combinations of associations. Repetitive replaying of a memory in your head is likely to alter it, so sometimes the memories we think we remember best are actually inaccurate.

We are also susceptible to suggestion. In an American experiment on memory fabrication, adults were shown photoshopped pictures of themselves as children, doing things they had never done, such as riding in a hot air balloon or on a sailing ship. 33 percent of people claimed to not only remember the experience, but could add details of their own describing what happened. Memories are incredibly malleable.

In 1979 Cornelius Dupree was charged with the aggravated robbery and rape of a 26-year-old woman during a carjacking. He was sentenced to 75 years in prison, of which he served 30 years. He was later exonerated by the Innocence Project via DNA testing of pubic hair from the rape. Dupree was convicted on the basis of eyewitness identification.

When someone makes an incorrect eyewitness statement, it is likely that a person is not merely lying, but has had their memory altered by the circumstances, the pressure of the investigation, and the desire to remember something useful. Children are particularly vulnerable to memory manipulation, and adults over 65 seem to exhibit memory distortion more than young adults.

The strange practise of regression therapy could hold some insight into how easily manipulated our memories are. The therapy is a process by which people believe they can access memories lost in childhood, drug abuse, through trauma, or even wiped by alien abductors. Regression Therapist Barbara Lamb says: “When we do the regressions, it is like reliving the whole experience that they do not consciously remember.” What may actually be happening could be the exact opposite – rather than uncovering memories that have been forgotten, the therapists are implanting new memories that never happened.

Fingerprints have been used as evidence in criminal cases since magnifying glasses were high-tech detective equipment. Sir William Herschel was one of the first to advocate the use of fingerprinting in the identification of criminal suspects. While working for the Indian Civil Service in 1858, he began to use thumbprints on documents as a security measure to prevent the then-rampant repudiation of signatures. Francis Galton, another advocate, called fingerprints “the most beautiful and characteristic of all superficial marks” and estimated that the likelihood of one person having identical fingerprints to another was one in 64 billion.

However, Professor Anil K. Jain of Michigan University, who has studied the use of fingerprints as identification, says, “The uniqueness of fingerprints has been believed over time because of lack of contradiction, and relentless repetition”.

Also, when you are looking at a little smudge someone left at a crime scene, it’s difficult to be accurate. Many fingerprints taken from crime scenes are partial prints, and can come out differently depending on where the pressure was placed and quality of the skin.

In the 2004 Madrid train bombings, American attorney Brandon Mayfield was wrongly linked to the bombings because of his recent conversion to Islam and a single fingerprint found at the crime scene. The FBI described the fingerprint match as “100% verified”. Spanish authorities contested the matching of the fingerprint and informed the FBI that they had other suspects in the case, but the FBI disregarded the information. The FBI proceeded to spy on Mayfield and his family, allegedly taking DNA samples from their home to keep in storage. Mayfield was finally released when the FBI conceded that only one of the twenty fingerprints found at the crime scene was a close match to his. The FBI later admitted wrongdoing and apologised for their actions, but denied that Mayfield’s recent religious conversion was one of their reasons for suspecting him.

Bloodstain pattern analysis (BPA) is the observation of bloodstains at crime scenes with the goal of helping investigators draw conclusions about the crime. The opening scene in Hannibal has Criminal Profiler Will Graham quickly scanning the scene of a murder and being able to recreate the exact series of events from the bloodstains and inanimate objects around him.

Modern technology is making BPA more reliable, particularly with advances in DNA analysis. However, a 2014 study by scientists from New Zealand and North America found blood spatter analysts to be highly susceptible to confirmation bias. A panel of experienced bloodstain pattern analysts looked at 730 patterns on various surfaces. On certain materials misclassification rates were as high as 59 percent. However, when the analysts were deliberately pointed towards the correct classification, the misclassification rates plummeted. This suggests that bloodstain pattern analysts are susceptible to cognitive bias. When the guilt or innocence of a person is at stake, even a slight bias could destroy someone’s life.

The NAS report concluded that BPA had “some support in research” but “the uncertainties associated with bloodstain pattern analysis are enormous.”

In 2000 David Camm was convicted of murdering his wife Kim and their two children and was sentenced to life in prison. He had served 13 years of his sentence before it was discovered that the key prosecution witnesses, a blood spatter analyst whose findings had triggered the arrest, had falsified his credentials. He had claimed to be a university lecturer and PhD candidate. He actually had no affiliation to the university, had no training in blood spatter or crime scene analysis, and had never worked a single case prior to the Camm family murders. The defence demanded that the DNA evidence found at the crime scene be tested a second time. It turned out that the DNA was never tested, despite assurance that it had been, and returned no matches. Found at the crime scene was a sweatshirt containing the DNA, prison nickname, and department of corrections number of Charles Boney, a convicted felon with a history of stalking and attacking women.

We may all be unique in our own way, but we can’t always be reliably told apart by the marks we leave at a crime scene. Forensic odontology is the practise of comparing people’s teeth to human bite marks. The NAS report concludes that while it is reasonable to assume that the process can sometimes reliably exclude subjects, matching a person to their bite is very difficult. The report says “In numerous instances, experts diverge widely in their evaluations of the same bite mark evidence.” Human skin is not a good medium to capture dental imprints. The mark can be distorted with movement and time.

Forensic Odontology has bitten off more than it can chew in its usefulness as evidence. Ray Krone was found guilty of killing a woman in 1991 in Phoenix, Arizona. He spent ten years in prison, including two years on death row. He was given the unfortunate nickname “The Snaggletooth Killer” because of his crooked teeth, which implicated him in the murder as they appeared to match the bite marks left on the victim’s body. He was released in 2002 when DNA evidence revealed that the real killer was Kenneth Phillips, a violent repeat sexual offender. Then, in 2005, Krone was a contestant on Extreme Makeover where he had his teeth straightened.

Pretty much everything else

The NAS report also stated that handwriting comparisons, like the one seen in The Jinx, “May be of some value” and studies suggest that there “may be a scientific basis” to the procedure. Analysis of hair evidence has “no scientific support for solo use”. Comparing and matching hairs on a microscopic level is highly subjective and “no scientifically accepted statistics exist about the frequency with which particular characteristics of hair are distributed in the population.” And even DNA testing, the gold standard of crime-scene evidence, isn’t foolproof. Samples can be mixed up, false evidence can be fairly easily planted, and laboratory scientists can be biased.

All of these forensic techniques can help to build a case against someone to convict them beyond reasonable doubt. They can also be used to confuse jurors, witnesses, and defendants into believing something they didn’t believe before. While it is difficult to imagine an ideal forensic procedure, we need to keep in mind that there are an unknown number of wrongly convicted people sitting in our prisons right now