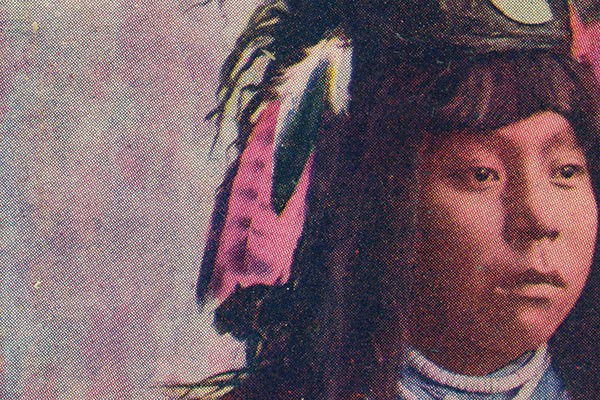 Discrimination tends to be experienced only by certain groups of people. Some people will never endure professional, social or economic discrimination because of what they look like, where they come from or the origins of their ancestors. Those privileges are not necessarily realised, but they are there. Red cards where people don blackface, concerts where people wear the bindi, and festivals where people wear Native American headdress — people from majority groups can just put these things on and easily take them off, as if they’re costumes and not a part of someone’s culture.

Author, feminist and social activist, bell hooks, argues that contemporary society “perpetuates the idea that there is pleasure to be found in the acknowledgement and enjoyment of racial difference. The commodification of otherness has been so successful because it is offered as a new delight, more intense, more satisfying than other ways of feeling and doing. Within commodity culture, ethnicity becomes spice, seasoning that can liven up the dull dish that is mainstream white culture.” And, that’s the problem — markers of race are being used to “spice” up someone else’s life. This is what cultural appropriation is all about. Fordham University law professor and author of Who Owns Culture? Appropriation and Authenticity in American Law, Susan Scafidi, defines the term as “taking intellectual property, traditional knowledge, cultural expressions, or artifacts from someone else’s culture without permission. This can include unauthorised use of another culture’s dance, dress, music, language, folklore, cuisine, traditional medicine, religious symbols, etc. Scafidi adds, “It’s most likely to be harmful when the source community is a minority group that has been oppressed or exploited in other ways or when the object of appropriation is particularly sensitive, e.g. sacred objects.”

Cultural appropriation relates to a power imbalance, one that eerily reflects a coloniser/colonised binary. The remnants of this binary can be seen through white privilege, the social, economic and political advantages that white people have compared to minority group members. American feminist and anti-racism activist, Peggy McIntosh, acknowledges her own position as a white female and describes white privilege as follows: “I have come to see white privilege as an invisible package of unearned assets that I can count on cashing in each day, but about which I was ‘meant’ to remain oblivious […] Privilege can look like strength when it is in fact permission to escape or to dominate. Power from unearned privilege can look like strength when it is in fact permission to escape or to dominate.” Often, those with white privilege don’t understand that what they’re doing is offensive. When asked why that is, Department of Media, Film and Communication lecturer at the University of Otago, Rosemary Overell, said she believes people don’t understand what they’re doing is wrong because “in the West, we grow up saturated in a culture which regularly appropriates from ‘Other’ cultures. It is often couched in terms of ‘appreciation’ — ‘I appreciate Indian culture so it is okay to wear a bindi to a rave’ etc, or even a touristic discourse.” She thinks that the recent blastings artists like No Doubt, Lana del Rey, and Miley Cyrus have received for their appropriation from non-Western cultures have increased awareness of the issue.

Minority groups who have been oppressed or exploited are, to this day, publicly shamed and negatively stereotyped for wearing and being those “spicy” things. At this year’s Academy Awards, 18-year-old actress, Zendaya Coleman, was criticised by Giuliana Rancic, host of Fashion Police, for wearing dreadlocks. “I feel like she smells of patchouli and weed,” stated the talk show host. Coleman expressed her distaste on Instagram: “to say that an 18-year-old young woman with locs must smell of patchouli oil or ‘weed’ is not only a large stereotype but outrageously offensive […] There is already harsh criticism of African American hair in society without the help of ignorant people who choose to judge others based on the curl of their hair.”

At this year’s MTV Video Music Awards, Miley Cyrus wore dreadlock extensions; contrary to Coleman’s reception at the Academy Awards, Cyrus was praised for her “amazing” hairstyle. The Hunger Games actress, Amandla Stenberg, and her classmate, Quinn Masterson, recently explored the appropriation of Black hair and, in turn, Black culture through their video, Don’t Cash Crop on My Cornrows. In the video, Stenberg states: “Black hair has always been an essential component of black culture […] It’s just a part of our identity” and she goes on to discuss the popularisation of Black culture through the incorporation of hip hop into pop culture. Noting the growing inclusion of Black culture signifiers in music videos and the success of artists such as Eminem, Macklemore and Iggy Azalea, Stenberg contrasts their success with the rise in police brutality, including the murders of several African-American men, children and women. Not only has Cyrus profited from the signifiers of Black culture, she also dismissed Nicki Minaj’s concerns over how Black women are treated by the entertainment industry. Exhibiting what Overell calls ‘call out’ culture, Minaj replied with — “Miley, what’s good?” Maisha Z Johnson from Everyday Feminism describes her response as “addressing her in the language of her neighborhood — showing everyone that while Miley picks the parts of Black culture that she likes (and that get her albums sold), she can’t handle the whole truth of what it means to be Black. Because she doesn’t actually engage with the culture — or realize there’s more to it than the stereotypes enacted through cultural appropriation.”

When asked about Stenberg’s video, third-year Otago student Ropafadzo Kadewere, who is also the events coordinator for AfrOtago, described the actor’s sentiments as “relevant and well-thought out. I agree that other races see black culture as ‘cool’ when it’s about cornrows, grills, and having a fat ass, but when it comes to the serious social issues — those same cultural appropriators couldn’t give a crap. Personally, I don’t relate very much as I haven’t really experienced any racism. However, I’m in full support of the message of her video. I don’t really take offence when people from other races wear ‘black’ hairstyles. What I take offence to is people loving black culture but not standing up for black people.”

And, what about the fact that people from minority groups don’t always have the same view of a situation? “We have to consider power when thinking about any cultural practice, object or formation,” says Overell. “We need to be generous and consider more nuanced appropriations which might work as ironic or political critique, but we must also remember the privilege that Western people (particularly White people) still have in Western cultures — their race is unmarked, neutral and offered as the zero-point — this means that they perhaps can ‘play’ with Otherness — they can put on a headdress or bindi — but everyone knows they are ‘still white’ — they do not suffer the consequences of these cultural signifiers which people of colour may experience.”

Director of Dreadlocks Story, Linda Ainouche, explores the historical roots of dreadlocks by looking at the connection between India and Jamaica. “I was inspired by the ignorance on Indian enslavement to the Caribbean basin, because Indians had never been nothing else than oppressed by the Colonists,” she states. Ainouche felt it was important to enlighten people on what shocks her, “such as the many misconceptions and judgements people have of history and culture, such as the links between Hindu and Rasta culture.”

As cultures become increasingly intertwined due to migration, exposure and stronger connections — both digitally and physically — our encounters gives us a chance to learn more about the world and the people around us. Ainouche’s documentary explores multiculturalism in Jamaica and raises the idea that, rather than one group of people having to sacrifice their culture’s values through the traditional and colonial concept of assimilation, groups are merging together and realising their similarities instead of their differences. Sharing culture and acknowledging that culture is not fixed links closely to the concept of cultural exchange. Cultural exchange is often positioned as the opposite of cultural appropriation but it can, at times, be difficult to distinguish between these two terms.

When asked about the term cultural exchange, Overell claimed that “‘exchange’ implies symmetry and equality — ideally it does”, but in practice within the Western world’s capitalist structure, it does not operate with equality in mind. “Whenever we buy something, we engage in an uneven exchange. So maybe cultural appropriation is the same as cultural exchange! I don’t think that is the common understanding however — the common understanding is that cultural exchange is equitable and that both parties ‘gain’ from the experience.” When it comes to privilege, though, the inequality remains as the white Westerner often gains something — “they look hip, exotic and mysterious at a music festival or an electronic song has “spice” added to it by African beats — but the group from whom they appropriate doesn’t really gain at all […] items which might have significant social or cultural value in their home culture, say the first nation’s headdress, become little more than a fashion item — they are really reduced to a commodity bought and exchanged, discarded at the end of the party.”

Within contemporary society, it seems as though cultural exchange can rarely exist. Rather than fully embracing multiculturalism through an equal “exchange”, people from dominant groups benefit and use multiculturalism as a smokescreen for their offences, claiming to “appreciate not appropriate”. Living in a country with a colonial history and with many Western societies built upon structures that create a disparity in wealth, class, education and, thus, opportunities, it’s important to realise how our individual positions in society are unequal. We need to discern these differences with cultural appropriation — is what you’re wearing an exercise of open-mindedness or, rather, an exercise of privilege?