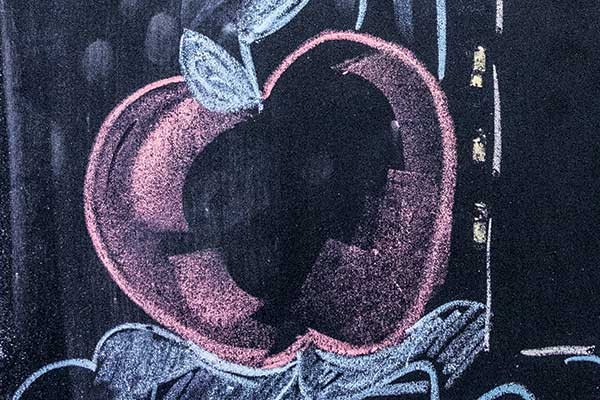 Whether they’re a first year trying to shed that fresher five, or a 40-something hitting their midlife crisis, you find people starting out on diets everywhere. Unfortunately, most of these weight-losing, cancer-curing, healthy-making diets are full of shit.

A frenzy of Paleo-themed hashtags clogs up the social media freeway. We’ve all got that one friend who uploads a picture of every meal on Facebook, Instagram and Snapchat in an attempt to grasp accountability, motivation and some sweet buns. Alas, you’ll find that the #paleolifestyle isn’t the miracle diet you were hoping for.

Paleo, and other “caveman”-based diets, rely on cutting out grains, legumes, processed food and oftentimes dairy. The diet is restricted to raw, lean and unprocessed foods. The idea is that this is what people ate during the Palaeolithic period. All the hormones and additives in the food we eat today are making us unhealthy and the Paleo diet essentially takes us back to a time before all this interference.

However, there’s no definitive proof that this diet will make you lose weight. If you eat less fat and carbs and exercise more while on a Paleo diet, then, yes, you will lose weight. But that’s not limited to Paleo. It’s no different to any other low-carb and low-fat diet. In fact, because the Paleo diet makes a person cut out entire food groups, it can potentially be detrimental to their health. It has also been criticised as a rich person’s diet because the restrictions seriously limit the availability and affordability of food.

The real kicker here is that there’s not even proof that the Paleo diet matches what people ate during the Palaeolithic period — they were more likely to eat rodents, insects and lizards than chicken and fish. People ate anything they could get their hands on, even human meat, which was consumed by almost every known group of prehistoric people. Even it was the correct diet, do we really want to base what we eat on people who mostly ate whatever they could find, were probably starving and had shorter lifespans?

This involves cutting all forms of gluten from your diet, and claims you will lose weight and generally live a healthier life. To begin with, people would lose weight because they were cutting out calorie-dense foods like baking and pasta. However, because of the popularity of the diet, gluten-free options have been popping up all over the place. So now you can gain weight with or without gluten.

A gluten-free diet is sometimes promoted as a “cure” for autism. The thinking behind this is that those with autism are sensitive to gluten, which can make the symptoms worse. If they are given a strictly non-gluten diet, their social abilities and speech will improve. However, there is no evidence that this is true. In fact, a lot of parents continue to keep their children on gluten-free diets even after testing has shown they are not allergic or sensitive to gluten.

Really, the only time someone would want to remove gluten from their diet is if they have coeliac disease, which has serious repercussions for their health. Some people may have a slight sensitivity or allergy to gluten, but often this can be attributed to other factors. In any case, going gluten free will not make you lose weight, it will not “cure” any kind of ailment or “improve” the behaviour of autistic children. If anything, it’ll just annoy you because you won’t be able to eat a lot of perfectly delicious foods.

This one’s also known commonly as the lemon detox diet. Essentially, the diet claims that by eliminating all foods for 10 days and drinking only a concoction made of lemonade, cayenne pepper and maple syrup, you will lose weight and remove toxins from your system. Further, you must drink a laxative tea before bed every night. This is more fasting than diet at all, and is a temporary change.

Yes — if you don’t eat for 10 days and drink nothing but laxatives and lemon-pepper water, you will definitely lose weight. This does not mean that this is a good plan to achieve health. If anything ever tells you that you need to remove toxins from your body, or that you need a cleanse or a detox, be wary. Your body already cleanses itself — that’s what your liver and your kidneys are for. They process whatever poison (alcohol) you may have put in your body and do their best to keep you balanced and healthy.

Going on a diet like this will probably just make you look for a quick fix and consume a pile of junk food at the end — if you make it that far. You’ll be weak, tired and sick, and you’ll only lose a few kilos.

Supposedly, this is a simple, easy fix for all your weight-loss problems. All you need to do is pop this prepacked, pre-frozen Hoodia-infused ice cube into your favourite drink, and your appetite will subside. You’ll no longer stare at your textbook thinking about squiddies, or uncontrollably purchase yet another Rob Roy’s ice cream. There’ll be no need. You won’t be hungry, and you’ll have no sugar cravings. Hoodia is magical.

Initially I wasn’t planning to include a section on tapeworm diets, as this was something commonly practised years ago and (I assumed) was no longer a thing. However, humanity has proven to me that people will try anything to ensure that they can have the cake, eat all of it and maintain a slim figure, without having to get up off the couch even once.

The notion behind the tapeworm diet is that historically humans played host to a lot of different parasites and worms. Now that medicine has advanced, we no longer need to deal with these critters, and are able to keep them out of our bodies. Most people would assume this is a good thing, but not tapeworm diet enthusiasts! The argument is that if you allow a tapeworm to live inside your stomach, you will be sharing your food with another creature, it will absorb all the calories for you and you will be able to eat whatever you want, whenever, with no consequences. Well, to your thighs that is.

Most sites do acknowledge that if you have a fucking parasitic worm living inside you, you will suffer a plethora of negative side effects, which include abdominal pain, weakness, headaches, nausea, diarrhoea, constipation and bloating. Just last year, an American mother spiked her daughter with a tapeworm pill to help her lose weight. Unsurprisingly, the daughter got sick and ended up in hospital with abdominal pain and bloating. Another fun fact: if untreated, you will have to shit them out while they’re still alive and squirming.

Is minimal effort and eating whatever worth it? Make your own decision, but please don’t make your kids suffer this pointless ‘diet’.

As you may have deduced from the name, this is a diet in which the main form of sustenance is the air you breathe. This particular diet, obviously, will kill you. It’s not safe, and while you may lose weight while not eating for days, the Master Cleanse seems like a better bet! Sun gazing is common, as many advocates believe they can absorb energy through their eyes by looking at the sun. Further, this particular diet is unsurprisingly associated with the pro-anorexia movement. The most famous Breatharianist is Jasmuheen. She claims that she can live on a cup of tea and a biscuit once every few days. The only attempts to prove this have failed, leaving her severely dehydrated and blaming the bad air from the city. She was awarded the Ig Nobel Prize (a parody of the actual Nobel Prize) for her book Living on Light.

Just in case you didn’t catch it the first time: this is not a safe or healthy kind of diet. Humans cannot photosynthesise; we are not plants.

Experts (the real ones, anyway) all agree that there’s no quick fix and even if you do partake in a fad diet and manage to shed the kilos in a short amount of time, chances are you haven’t learned the habits required to keep them off. Instead, most people fall back into old ways thinking that now they’ve attained the goal weight, they can go back to their old lifestyle. The only healthy way to lose weight is to maintain a balanced diet and have a regular exercise routine. However, stress and other mental hurdles can still get in the way. See a professional if you need some help, but stay away from the tapeworms!