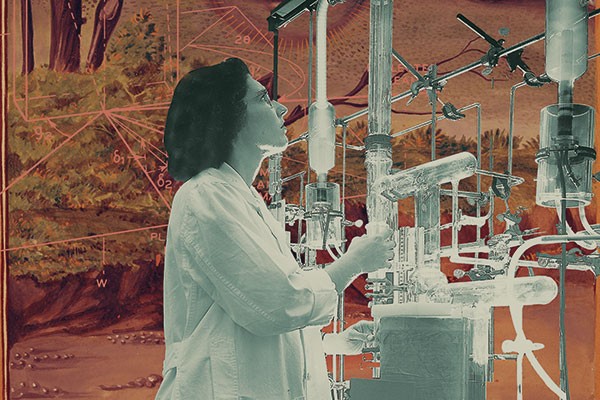 The Magic Of Science

Magic and science are commonly thought to be at odds with each other. However, this hasn’t always been the case — ancient civilisations often crossed the line between the two.

Jane Foster, Marvel Heroes’ astrophysicist, once quoted Sir Arthur C. Clarke in Thor: “Magic is just science we don’t understand yet.” Over history, many events have been caused because people couldn’t understand science and took it to be magic, or because magical or religious elements were mixed with scientific methods to create the illusion of magic. This has been happening since ancient times, and the scientific and the spiritual factions of society are still at each other’s throats today.

Most ancient magic and science was deeply intertwined with religion and mythology. In Ancient Egypt, magical healing complemented medical healing. Spells were used by doctors, Sekhmet priests and scorpion charmers to target the supernatural beings believed to be causing the illness. They would use the names of these beings to gain power over them. Speeches were also often used to let the doctor or patient identify themselves with characters in Egyptian mythology, such as the god Thoth, keeper of magical knowledge. Acting out myths ensured patients could be saved as the Egyptian god Horus was by Thoth. Often these spells were inscribed on statues for public use.

These techniques were used with traditional healing methods, which were the probably the most advanced in the ancient world. Herbal remedies were used to alleviate pain, while magic was expected to cure. Spells were also used to encourage physical remedies to do their work properly and to expel the evil within the patient. Egyptians had advanced knowledge of healing wounds from the third millennium BCE, along with knowledge of the nervous system, brain and heart. It is generally thought that the Egyptians gained this latter knowledge from the Greeks of Alexandria.

Ancient Egyptians also had some pretty unconventional ideas around surgery and prosthetics. Prosthetics were usually used only for cosmetic purposes, or in preparation for the afterlife. Wooden prosthetic toes have been found, which would have been worn by patients who had lost their toes, most likely to gangrene. Painted eyes have also been found, although these were most likely used in mummies rather than living people. These were precursors to modern prosthetics and their uses.

The Ancient Greeks and Romans used similar methods when it came to the complementary aspects of mythology and medicine. But they had their own sciences, which were entwined with their religious beliefs, and these were often supported by the state. One such not-so-sciencey science was divination. This wasn’t just a crazy old lady staring into crystal balls, reading the future in tea leaves and seeing omens in the shadows though. These were state-run institutions, and many different kinds of divination could be used to foretell the future and the outcomes of specific events. They were considered the sciences of the time, even if it was down to mere speculation and cultural tradition.

The ancient sibylline books were kept by the sibylline priests or sibyls (which is why Professor Trelawny’s first name was Sybil in Harry Potter; there’s a fun fact for you!). These books were supposed to contain prophecies referring to specific people and events and could be called upon if one suspected a hero had risen or a terrible event was about to occur. The priests would do this and report to the senate with their findings.

Auspica was another important form of divination. This was the observation of birds and natural phenomena. Before performing any public acts, such as going into battle, a magistrate would consult with the gods by “taking the auspices”. This basically meant they would sit on a hill or another appointed spot and wait for something to happen. This could be for a certain number or type of bird to fly by, for the weather to change, for thunder or lightening, and it was up to the magistrate to interpret these “signs from the gods” however they saw fit. Auspica was narrow in scope, and only showed the gods’ disapproval or approval of an action.

The third type of divination was extispacy and haruspicy — sacrificing an animal to the god you needed information from and reading its entrails. This could go badly wrong and earn the disapproval of the gods easily if the animal was not exactly as specified, was the wrong colour or size, or was not correctly decorated for sacrificial duties.

Some of these forms of divination were taken very seriously by the public, while others were not. Haruspicy and extispacy were the most commonly used by the general public as they could be used for virtually any reason, although in many cases these were seen as more of a formality than an actual form of fortune telling. Auspica, or augury as it was commonly known, was taken a lot less seriously by the public. In most cases, augury was used to explain scientific phenomenon such as lightning that the ancient Greeks and Romans could not yet conceive the cause of. If it could be explained as the will of the gods, a scientific explanation was not needed for it. This is a recurring theme in the history of religion, and many have been punished for trying to find a scientific explanation — think Galileo discovering that the Earth rotated around the sun rather than being the centre of the universe as Christian theology dictated at the time. This finding was not received well by the Church. Galileo was tried by the inquisition for being a heretic, then put under house arrest until he died.

Over the ages, mythology and magic have often melded with science to create new “scientific” fields and traditions. Probably the best (and coolest) example of this is alchemy. This was a mixture of what eventually became known as chemistry with aspects of hermeticism, a religious and philosophical tradition based on the writings of Hermes Trismegistus. His writing helped to shape and develop modern science in the Renaissance and the Reformation. While based on science and scientific methods, alchemy also had mythological, spiritual and religious aspects.

Alchemy led to the development of basic laboratory equipment, techniques, theory and experimental methods. Alchemists did not understand a lot of the modern scientific methods we use for chemistry today: they had no periodic table or atomic theory. Instead, they used the four elements: earth, air, fire and water. Symbolism and mysticism played important roles in the art of alchemy as well, which you’ll probably have picked up from popular culture — especially in almost any type of historic treasure hunt you can think of.

Alchemy had a few main disciplines. These were turning common metals into noble metals (silver and gold) and the creation of an elixir of life, which leads us to the endless search for the creation of the fabled philosopher’s stone! As described by Paul-Jaques Malouin, alchemy is “the chemistry of the most subtle kind, which allows one to observe extraordinary chemical operations at a more rapid pace; ones that require a long time for nature to produce”. Alchemy has been around since the time of the Ancient Greeks and Romans, but is probably well known by most of us for its work throughout the medieval period and those that follow. During this time it was also praised by the Church for its spiritual symbolism, as the searches mentioned above symbolised the regeneration of the human soul. Even Martin Luther praised it for its consistency with Christian teachings. There has been a history of alchemy schools universally, including throughout China, India and the Mediterranean, in both Islamic and Western worlds, where the spiritual elements were adjusted to suit the different faiths.

There is, however, one great lie many people believe about alchemy, and particularly about the philosopher’s stone. This, of course, surrounds Nicholas Flamel. Firstly, for you ardent Harry Potter readers, I hate to break it to you, but he was not invented by JK Rowling.

Flamel was a real person, who lived in fourteenth- and fifteenth-century Paris. Secondly, he wasn’t actually an alchemist at all. He was a scribe, and during his life he ran two shops as a writer. He died in 1418, and his will gave no evidence that he possessed any legendary alchemical wealth.

The legends painting Flamel as a great alchemist who had succeeded in creating the philosopher’s stone did not appear until the seventeenth century. Despite this, the tombstone he designed himself is still preserved at the Musèe de Cluny in Paris, and one of his houses still stands at 52 rue de Montmorency. There is also a street called rue de Nicholas Flamel by the Louvre Museum.

Flamel was referred to as a great alchemist by many famous writers, including Sir Isaac Newton, Victor Hugo and, of course, JK Rowling, although the latter probably knew, while it would still have been up for debate during the lives of the former two. And it’s all because a mysterious alchemical text, published in Paris in 1612, Livre des figures hiéroglyphiques or the Exposition of the Hieroglyphical Figures, was attributed to Flamel, with the publisher’s introduction detailing his search for the philosopher’s stone. This was first questioned by Etienne Villain in 1761, who claimed that it was all the work of the publisher, P. Arnauld de la Chevalerie, under the pseudonym Eiranaeus Orandus. This was highly contested at the time, and further stories and sightings did nothing but embellish the legend that has now become synonymous with alchemy.

Science and magic have historically been friends, especially when it was endorsed by ancient rulers. Religion was a magical thing, and their spells and science were conducted simultaneously as a way of pleasing the gods. Alchemy was the tipping point of this previously harmonious relationship. Alchemists began to gain a more scientific viewpoint in how they go about things in everyday life, but they were still trying to achieve magical things. At the time what they did was considered science, but now with the power of hindsight we see the search for the philosophers stone as a magical quest, rather than scientific. With the rise of Christianity, magic has become associated with the devil and is no longer acceptable. Now, magic and science are seen as mutually exclusive – unable to be combined or complimentary to each other.

Magic was mostly seen as a pagan tradition, and Christians, who were in power in most of Europe after the fall of Rome, weren’t particularly happy about paganism being around anymore. Witch hunts were prolific over Europe in the medieval period, particularly around the fourteenth and fifteenth centuries. You could be burnt, drowned or stoned as a witch for any number of reasons; peasants often didn’t understand advanced medical knowledge and so any advanced healing could be explained away as magic, or the heretic work of the devil. It could also be because enough people didn’t like you and wanted to use you as a scapegoat for a bad crop failure or bad weather. People are quick to fear that which they don’t understand, and unfortunately science and medicine often end up being far too complicated, especially for an illiterate population at that time, to understand.

It’s been a complicated relationship for science and magic throughout history. While they can blend well and find balance, if something is too advanced for the general populace to understand, magic can take on a whole new sinister and potentially life-threatening meaning. State-approved “magic” was okay, but if it went against those holding power — the Church in most cases — you’d better watch your back, or your scientific dabblings might see you burnt at the stake. Arthur C. Clarke said: “witchcraft to the ignorant … simple science to the learned”. While science and magic worked harmoniously for centuries, it unfortunately doesn’t look like we will be returning to this combination any time soon.

Tags:   the magic of science features