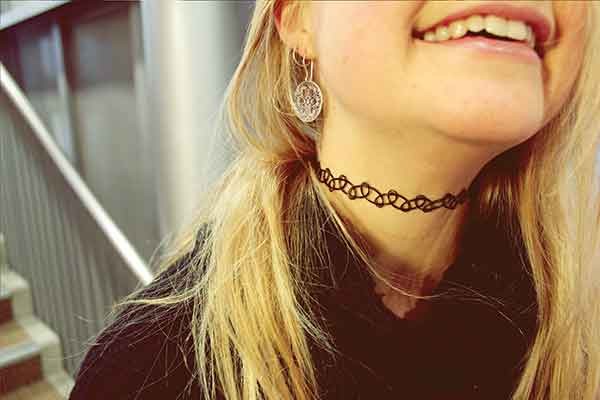 “Leather-look jeans, striped tops, ankle boots, Karen Walker charms etc” A Facebook post confirms what Anthony long suspected; more than anywhere else in the country, University of Otago students dress to look the same as everybody else."

Last year, I did this post on the Overheard @ Otago Facebook page about dumb girls at an art exhibition, which ended up attracting a lot of attention. Its popularity was important to me because, apart from my successful (and unexpected) passing of an STD test the previous week, getting all those Facebook likes was really my only “success” of 2014 at that point. More importantly though, the overwhelming majority of responses to the post were about how spot-on the description of the girls’ outfits — “leather-look jeans, striped tops, ankle boots, Karen Walker charms etc” — matched with Otago’s sartorial reality. It confirmed what I’d long suspected; more than anywhere else in the country, University of Otago students dress to look the same as everybody else.

I had noticed this trend even as a first-year who’d recently arrived in Dunedin. Every person was wearing Converse or Vans, but only of a certain type. Vans were always red or black, and Converse appeared to only come in black, grey or white. I’d rarely spot someone in touch with social cues — someone whom the American teenage girl in all of us would describe as “popular” — who strayed outside the confines of this shoe-colour prison.

I didn’t think much of this until a couple of weeks later, when I went to New World to purchase protection in preparation for the huge number of sexual encounters I would surely be having (safe to say they remain un-used). In order to maintain fluid levels during the inevitable, or so I thought, journey of sexual discovery, I went to buy a water bottle. The Pams bottle (bless Pam, whoever she is) was at least a dollar cheaper than the next cheapest, so it was the obvious choice, right? Wrong! The girls standing next to me were having a discussion, which went like this:

Girl 1: Hold up, Georgia, let me grab some water for the library tonight (she too reached for the Pams bottle).

Girl 2: Shit, Bridget, you don’t sit at the library with a HOME BRAND (said in a tone that implies it’s roughly on-par with Ebola) bottle of water. We’re sitting on second floor and everyone’s going to see you.

Girl 1: Um, okay, yeah of course … (she replaces the Pams bottle with a Pump bottle, and they waddle off).

This was shocking, to say the least. Being a little queer kid from Wellington who’d been living on a media diet of Glee and self-empowering Kelly Rowland anthems, I thought this level of peer-judgment was something of the past. If Rachel from fourth floor (the one whose dad is, like, 58th on the Rich List) is going to snub poor Bridget due to her value-for-money water bottle choice, what else could Dunedin-ites aspiring to lead a relatively normal social life expect to judge, and be judged upon?

The answer to this question is difficult to pin down. There isn’t a council of trend-deciders that convenes bi-annually to decide whether Birkenstocks are the new Windsor Smiths. What’s in and what’s out can be discerned by observing, for example, the collection of Nike-clad feet in the line for lattes at Dispensary, but by the point a trend is this markedly obvious, it’s probably already on its way out.  Additionally, Otago students are not, contrary to common belief, a bunch of label snobs. I’ve certainly never overheard a conversation along the lines of “I cannot believe Karen showed up to my 21st in a dress from Glassons.” It’s more about the look (notice the italics). Karen can serve head-to-toe House of G and get away with it as long as her look fits within the narrow-yet-undefined paradigm of what’s considered acceptable.

For women, it seems one should dress as if they are a 35-year-old stylish-yet-understated mum of two picking her kids up from their private prep school in her Range Rover (bought with the proceeds from her successful vegan catering business).  Men, on the other hand, dress like an extra in a Lorde music video. They wear faded-looking clothing with purposefully designed raw seams, holes, tears and ciggie burns.

I want to be clear that I’m not trying to drag through the mud anyone who wears “mainstream” clothing. People who wear the looks I’ve mentioned, on the whole, look really great. A nice pair of blue-jeans, ankle boots and an off-white cashmere roll-necked jumper paired with long hair tied up in a loose bun captures that nineties supermodel casual day-time aesthetic wonderfully. Nor do I have any problem with people who follow trends; the collective face-game of the city is blessedly so much stronger thanks to the emergence of the defined-eyebrows trend (thank you, Queen Cara). I’m simply curious about why, within the middle-to-upper echelons of the University of Otago’s social hierarchy, styling oneself noticeably outside of these narrow and unwritten dress codes seems to be a very unpopular activity.

I’ve chatted to a number of girls and boys, from those who consider themselves uninfluenced by such trends to those who’ll happily admit to being a “basic bitch” when it comes to their personal style, about where they think this phenomenon has emerged from.

I wasn’t surprised to hear from everybody I spoke to that they were aware of this phenomenon: “You’ll see certain distinctive Karen Walker or Stolen Girlfriends Club jewellery pieces getting sold at above what they cost new on Walk in Wardrobe because everyone wants to be seen wearing them, while other much cooler pieces in the same collection hardly get a look in,” a friend joked to me. “Who the hell is deciding this?”

To answer this question, I’ve been informed that the above “chosen ones” are rich kids from around the country who import their exclusive social circles from their elite private school to their first-year halls. They can afford to order three pieces of that new-season signature Shakahutchi print on the day it comes out, and the choices they make eventually trickle down to the masses via social-media and real-life exposure.

This theory intrigued me; living on Castle Street in second year, the presence of these social circles was incredibly evident. They were the “unfriendly...hotties” (a perfect example of a Mean Girls quote applying to everyday life) who’d sit around together at parties looking bored but whose Instagram pictures (updated three minutes ago) insisted they were “having the sickest night at Ryan’s 21st with these babes”. The idea that these people’s real-life indifference contradicts their social-media presence, which suggests they can be friendly and fun (but only you look, dress and behave a certain way), certainly makes sense.

I believe, however, that the answer could be a lot simpler. However confident and excited we all pretended to be, the truth is moving to university in another city presented, and sometimes still presents, a scary social challenge. Dunedin is a small city, the university itself is even smaller, and we end up running into everybody else, whether we want to or not, on a daily basis. It seems only natural that in a place where we are always so visible, any person with a healthy lack of self esteem (which, let’s be real, is nearly all of us at some point) would be uncomfortable at being “that” person who purposefully wears out-there clothing; even though being “that” person is perceived objectively as a positive thing, for many folks, any and all attention from strangers is unwanted. It makes sense that in this uncomfortably small student culture we’re all packed into, most of us prefer to fit in rather than stand out.

The “Dunedin Uniform” phenomenon isn’t upsetting to me — man buns and “Thailand pants” don’t keep me up tossing and turning at night — but it is sad that people in our age bracket aren’t embracing the opportunity to dress however the hell they want. Turning up to your first day at Deloitte not wearing office-appropriate clothing might cut your career in the accounting industry short. However, there is no reason why we shouldn’t be seeing a more eclectic mash of styles and influences bringing some colour to the bleak streets of North Dunedin. After all, no one is going to haul you into the proctor’s office for not owning a KW Runaway-Girl charm, are they?