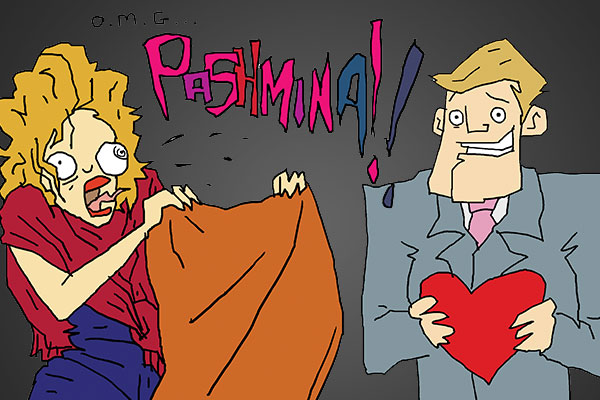 The Four Most Intolerable Travel Companions

Third world travel is tough. Those pesky crippled and starving locals are constantly hanging around making you feel bad about spending what they’d make in a month on a totally necessary supply of hash and a bottle of “Real’s” whiskey. Not to mention the nerve of their assumption that Western women are collectively “loose” and always ready for sex, even though I have slept with a mere 12 people this year and only had, like, two threesomes! God. And don’t even get me started on those tuk-tuk drivers who try to overcharge you by 20 cents in a pathetic attempt to feed four generations of their family back in the slums!

But even worse than the locals are the other travellers (you must always refer to your fellow backpackers as “travellers”, NEVER “tourists”. Westerners often find that their biggest problem while travelling, after the lack of decent pizza, is getting people to recognise them as the intrepid travellers they are instead of, you know, tourists whose concept of “broadening their horizons” involves eating exactly the same food as they would at home then whining about it). Whether you travel alone and pick up friends along the way, or start off with the same incredibly dull group of petite malty blonde girls you’ve been, like, super-tight with since first year, you’ll inevitably experience moments of pure rage at your travel companions. Here are the four travel companions most likely to make you pull a “reverse Anders Breivik”.

The “Schmidt Sting Pain Index” rates the pain of various insect stings from 1 (Sweat bee: “a tiny spark has singed a single hair on your arm”) to 6 (Bullet ant: “like fire-walking over flaming charcoal with a 3-inch rusty nail grinding into your heel”). The levels of rip-off you encounter as a Westerner in a third world country can be rated on a similar sting scale: 1 for the same price the locals would pay, 6 for the rip-off to end all rip-offs. If your travel companion shoots for either of those extremes, odds are you’re in for either a very unpleasant or a very expensive time.

Some travellers attempt to haggle their way down to a 1. These are the people who will share a room with you “to cut costs”, leave before dawn, then pretend they “forgot” to pay their share when you inevitably catch up with them further along the tourist trail. These are the people who will force the chai wallah (tea seller) to pour their earthenware cup of milky chai back into the pot if he dares to charge them five rupees instead of four. These are the people who take every swindled rupee/rupiah/dong so personally they think the locals have a personal vendetta against them, when actually the truth is that everyone, everywhere has a vendetta against them because they are simply a wanker.

On the flipside, other travellers never haggle at all and will pay the very first (ridiculously inflated) price offered to them. I travelled with one such German girl for a week (it would have been a day, but she proved to be like the herpes simplex virus: easy to catch, hard to get rid of, and constantly popping up at inconvenient times). She was extremely annoying — partly because her super-silky, naturally platinum-blonde hair seemed to be unaffected by the humidity and was a constant reminder of the halo of dark-rooted frizz atop my head, but mainly because she was too pathetic to even attempt haggling yet persisted in dragging me into one pashmina/parachute pant store after another. One day, we were in the shop of a particularly zealous tout. He brought us pashmina after pashmina, each apparently woven of the hair from increasingly obscure body parts of increasingly youthful goats. After 15 minutes the tout’s sales presentation reached its peak. While draping me in grey wool, he said in hushed, reverent tones: “This is from the Adam’s apple underfur on neck of newborn baby goat!” I said, “So I suppose the next one will be woven from the freshly shaved fur of female newborn goats’ perineums, the price justified by magical remnants of placenta still clinging to the cashmere?” The tout said, “Yes madam, perineum. Very good pashmina. I bring you now.” The German girl promptly paid about ten times the actual price for a poor-quality pashmina infused with the “essence of perineum”, and suggested I buy one too: “for if we buy two, it will be even cheaper!”

I backed slowly out of the pashmina shop and hopped on the first bus out of the city. I have subsequently dubbed the German girl “Goatse”.

As a Kiwi woman, I find the concepts of “dating, love and romance” and “men actually being nice to you” unnerving at best and terrifying at worst. So there is really no more intolerable travel companion than a man from a less emotionally stunted nation attempting to apply said principles on me. While in Nepal last year I spent a couple of weeks living with Trevor, a 30-year-old American who felt a desperate need to “get out of the rat race” and fled his high-flying life as a Noo Yawk stockbroker to retire to a Nepalese lakeside mansion. Initially I thought it was a mutually beneficial relationship for both parties — he gave me free accommodation and paid for all my food, drugs, and laundry, and I occasionally let him finger me as he furrowed his brow in concentration. It was a no-brainer, really. I was broke, he was rich, and he probably had other characteristics as a human being but did I mention that he was rich? Unfortunately, ultimately, this failed to compensate for the endless stream of idiocy pouring from his chiselled all-American jaw. Choice quotes included “I’m so open to new experiences” and “Just ride the river”. At one point he told me, “You know Madeleine, back in my hometown in Kansas, people would find you very beautiful.” As a big fan of “People of Walmart”, I couldn’t help but feel that this was a rather backhanded compliment.

It soon became apparent that Trevor would not be content until I agreed to live permanently with him as a sort of concubine. He started writing me love letters telling me that I was the first “really genuine person” he’d met in a long time (which is probably the biggest error of judgment since Jesus decided Judas would make a super-loyal friend and confidante), and returning home to the mansion with heart-shaped cakes from the local bakery. Feeling that things were moving rather too quickly, I decided to appeal to Trevor’s sense of logic. I waved my cankles in his face and calmly explained that, really, he didn’t want to spend a lifetime with a pair of legs that incapable of pulling off ankle straps. He gazed at me tenderly, grazed his lips against my stubbly left cankle, and said, “You’re beautiful, inside and out.”

Later that night, Trevor left the house to stock up on hash and shrooms. I packed my bags and fled for the Indian border. Some might say it was an over-reaction; I considered myself a legitimate asylum seeker.

The Danish Water Buffalo is a rare species. In fact, I know of only one confirmed sighting of this uniquely unpleasant creature, yet mysteriously the DWB fails to appear on the IUCN Critically Endangered Red List, cruelly excluded from its rightful place between the Chinese Giant Salamander and the Iberian Lynx. There is a good reason for this: anyone who has encountered the DWB awaits its imminent extinction with unabashed glee.

I know this because last November I spent 36 terrifying hours with the last wild DWB. I had just crossed the Nepal-India border, and had to take a bus to the nearest train station. A Danish “girl” took the same bus. The inverted commas are not an error; it quickly became apparent that this was in fact the last known Danish Water Buffalo, inexplicably roaming the plains of South Asia.

I ended up sharing an ostensibly two-person seat with the DWB. Its massive sweaty bulk occupied 7/8 of the seat, leaving me clinging helplessly to a 10cm2 patch of frayed vinyl which I flew off whenever the bus hit a bump, which was about every 10 seconds. The creature told me of its amorous adventures with a Nepalese local, in far too much detail. Knowing the diminutive size of most Nepalese males, I was shocked the poor man hadn’t been smothered by the endless cascade of pallid, dimpled flesh pouring from its frame.

When we arrived at our destination, I was unable to find a single room anywhere in the city and was forced to share a room and bed with the water buffalo, who snored and ground its mandibles throughout the night. At one point it rolled over completely, its sagging udders pushing me off the bed and directly onto a cockroach nest. I decided I preferred the cockroaches’ company and spent the rest of the night wide awake on the floor, wondering how soon I could change to a BSc and commence development of a new Danish Water Buffalo-specific strain of 1080.

The One With The Motorbike

Sometimes, you don’t realise just how bad a travel companion is until they leave. While in India, I spent a couple of weeks motorcycle touring with a tattooed-up Canadian. I fell in love hard — not with the guy, whose discourse was several levels below “Autistic Orangutan”, but with his motorbike, a faithfully restored 1988 Royal Enfield. It was retro, shiny, and gorgeous, with a guttural purr that really reverberated through the clitoris of the lucky girl riding pillion — so much so that there was frequently a wet spot on the blue velour seat when I got off the bike after another long day in the saddle. Eventually the guy went back to the Canadian boondocks, but the combination of several hours per day spent on what was effectively the world’s biggest vibrator and tropical heat had the unfortunate after-effect of an unpleasant case of thrush. A few days after the Canadian’s departure, I was lying prostrate beneath the ceiling fan in my Goan beach shack when I noticed movement within the large pile of dirty clothes in a corner. My first thought was that the acid from 36 hours prior had not entirely worn off yet, but the walls seemed to be free of concentric patterns, so with some trepidation I ventured closer. As I probed, I realised with horror that the entire pile of clothes was alive with red ants. I couldn’t work out why they had descended upon my laundry until I reached the underwear at the bottom of the pile.

The ants were feasting on my crusted-up vaginal discharge with all the crazed aggression of chummed-up great whites. It was like Shark Week, but with more legs. Normally I am a person of slightly above-average disgustingness, but this took the (yeasty) cake. It is nearly a year since that day, and I still suffer from such a debilitating fear of ants, thrush, and Canadians that half my student allowance goes towards Black Flag bug spray and Healthy Vagina Probiotics, and I fear I may never be able to book that snowboarding trip to the feather-light powder of British Columbia.
This article first appeared in Issue 22, 2012.
Posted 5:17pm Sunday 2nd September 2012 by Anonymous.