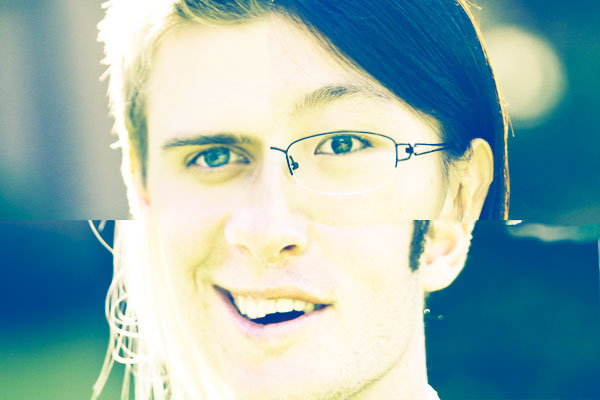 Not since The Beatles visited our sunny shores has Critic been so excited. The OUSA by-election results were announced at 4:30pm on Wednesday March 21, to the joy of the “Dream Team” and the dismay of No Confidence’s loyal fans.

Jono Rowe strolled into the Administrative Vice President role with 1058 votes, more than all other votes combined. Ding Ding gained the support of 88 students in her victory in the International Students Officer race, beating Dream Team candidate Shane Corrigan who had 61. Good turnout guys.

Angus McDonald was the most popular candidate of all, gaining 1114 votes in a crushing defeat of all pretenders to the Campaigns Officer throne. Juana Diesing was elected as Colleges Officer with 880 votes, although Maddie Harris put up a good fight with 689 votes.

After the results were announced, awkward handshakes were exchanged, although President Logan Edgar chose to congratulate Angus with a cheeky kiss on the head. In his new role as Campaigns Officer, Angus intends to get straight onto campaigning against the liquor ban, as well as taking it upon himself to look for some decent international events for Re-O-Week. He also has the job of keeping the exec up to date on any political issues that affect students.

Critic asked Jono Rowe how the Dream Team managed to get so many votes. Facebook groups for the campaign were a “springboard”, but students have a tendency to join those groups or events and then forget to vote. So the Dream Team spent a lot of time doing some “good old-fashioned knocking on doors, meeting people in lectures, the library, and the Link.”

Brand-spanking new Colleges Officer Juana Diesing plans to directly meet with freshers and RAs. She has already made the trek up to Salmond, and claims she will visit Aquinas, although Critic will believe that when we see it. She’s organised a Wednesday football competition for halls, and also intends to put on an event at the stadium. Juana’s signature campaign trick was handing out pamphlets and a lolly of less than $1 in value, to avoid the crippling vote penalty that could have accompanied a finding of excess spending.

Ding Yi Ding is “reeling” after her win, and couldn’t express enough gratitude for the support she’s received. On winning, she gushed about fulfilling her promises and representing the people accurately, using a turn of phrase that will serve her well in her political career. She’s already planning a survey, and as we passed her on our way out she was up against the corridor wall, enthusiastically updating her Facebook status.

The Young Nationals Southern Region ticket didn’t fare so well, with none of the three candidates (Maddie Harris, Todd Dickens and Mat Jordan) who had the backing of the boys in blue winning a position. Maddie described how she got involved: “It was a Sunday morning and I was still a little drunk over at Todd’s place catching up for coffee, and then he had this Young Nats meeting and suggested I came along. I rock up to the meeting with considerable amounts of alcohol still pumping through my veins and the topic of the election came up … It’s pretty much a being still drunk and signing up for things 101, it was totally awesome though and campaigning was a great experience!”

The leadup to the by-election was not without a bit of drama, with Critic receiving a visit from two grim-faced Derwin supporters who were unhappy with a quote that had been attributed to Campaigns Officer candidate Derwin Smith. Smith had described himself as in his “fifteenth year or so of a BA”. Because his physical appearance suggested to Critic that this was a perfectly feasible scenario, the quote was duly reported. Apparently Smith was joking and is in fact in his twenties, but Critic stands by the implied allegation that he looks really old. Now we really are going to get bashed.

Returning Officer Sophie Riley mentioned that the hard-fought election campaign had resulted in a few complaints. The “Dream Team”, despite having dropped the unauthorised “OUSA” from their title, still managed to irritate a few with their Facebook campaign. They were fined one vote each. Although Critic expected this to cripple their victory hopes, it apparently made little difference, with three out of the four of the Dream Team winning their campaign (Ding Ding being the only non-Dreamer).

President Edgar also received complaints for endorsing the Team. It was argued that his nominating and seconding of the candidates involved breached the rules preventing standing members of the Exec from endorsing candidates. Sadly for the VRWC (Vast Right Wing Conspiracy), this complaint was not upheld. A further complaint was laid against Juana Diesing for filming her her campaign video in Unipol, but Returning Officer Sophie Riley did not uphold the complaint, ruling that Unipol was too far removed from OUSA. There was also some contention over interrupting lectures (you again, Dream Team) in order to campaign. But it was all deemed legit in the end.

Logan was happy with the results, saying the new team is a “party exec” with the right mixture of work and play. “Business up front, party at the back much like a mullet.” However, he noted that the exec “had better fucking be at work tomorrow morning.”
This article first appeared in Issue 5, 2012.
Posted 4:26pm Sunday 25th March 2012 by Callum Fredric and Josie Adams.