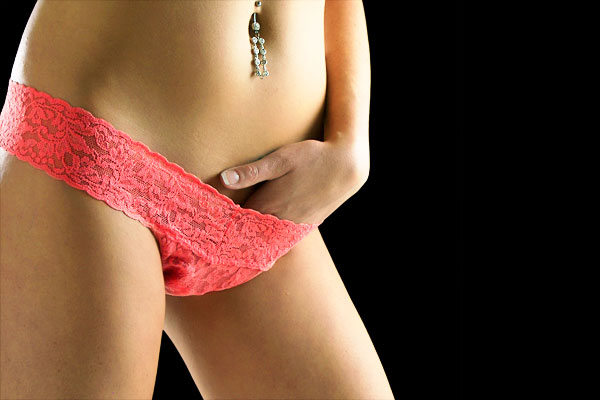 I was Born this Way

Let me say first, that I am not a ‘sexpert’. I find most portmanteaus (‘guesstimate’, ‘Brangelina’, ‘vajazzling’) irritating in the extreme. Literally in the case of vajazzling, it turns out my vagina is allergic to diamantes. And if having had a lot of so-awful-it’s-funny sex makes me a ‘sexpert’, then by the same logic Stephanie Meyer should hold a permanent place on the board of the Nobel Prize for Literature. But if there’s one thing a lifetime of mistimed ejaculations and awkward Sunday mornings qualifies you for, it’s strong opinions on the often-miserable human sexual condition.

Let’s face it, the reasons we fuck, and how we fuck, are often pretty fucking fucked. After extensive close-range exposure to the bizarre proclivities of pussies (no, Howie, not you) and penises from Nepal to North East Valley, I wonder more and more about where we get our ideas on sex. How is it possible for a 30-year-old to be so afraid of his own semen that he disgustedly throws a towel at your torso after every blowjob? What is it that makes one woman’s deal-breaker a humble Hustler mag hidden under the bed, and another’s an impromptu golden shower? And what happened to the era in which bisexuality was an easy way to win friends and influence people? Apparently I now have to make friends the old-fashioned way, by actually feigning an interest in them. Ugh.

But I digress. When my editor roundly rejected the first draft of this article, which admittedly read a little like the “letters” section of Penthouse, he told me to take out some of the dirtier anecdotes and thereby “keep my powder dry”. Google tells me it’s an Oliver Cromwell quote. I refuse to accept the words of England’s most joyless, puritanical leader as editorial advice on an article about sex. Also, I do not want to keep my “powder”, or anything else for that matter, dry. Dryness has no place in the bedroom. That’s why some legend invented lube.

So, if you want dry-powder psychobabble that makes sex as sexy as Presbyterianism, trot off to central lib and get out the chloroform-in-print that is Feminist Literature. If you want deep penetration into what decides which particular acts make our mouths water like a priest at a preschool, read on. I intend to approach the issue face down arse up (not entirely incidentally, the way I like to fuck), by considering the hottest, slipperiest sexual issues of our era, those that come up in conversation again and again. Bisexuality, taking it up the arse, porn; each on it is own a wonderfully convenient portal to not only multiple orgasms, but also to self-indulgent pop-psychological social commentary.

Generally, nothing bores me more than ‘Blaming The Media’. Middle New Zealand seems to consider the media to be the default scapegoat for everything: From women feeling bad about themselves for ballooning to 100kg, to women feeling good about being 100kg (and subsequently being a massive drain on the public healthcare system) However, the only possible scapegoat for the tragic indifference to (female) bisexuality in 2012 actually is ‘the Media’ (Critic not included. In my tenure at the magazine I like to think I have done much to help people think outside the box, or inside the box as the case may be. In my more delusional moments I see myself as the Dalai Lama, and group sex as my personal Tibet).

I probably sound like a broken record, or a skipping mp3, or whatever the fuck freshers call it now, but I swear that once upon a time bisexuality was cool. Girl-on-girl action was truly edgy. Oh, how I long for the heady early 2000s! The Madonna-Britney kiss sparked worldwide headlines, Eminem was rapping about shooting Kim up, rather than doing emotive duets with Rihanna, and girls across the land were maneuvering themselves into the upper echelons of the social hierarchy by making out with each other at parties after a few too many Midoris.

And now? Well, suffice to say that eating a bitch out and giving a bitch a foot massage are in exactly the same fucking ballpark. No wonder Tarantino’s standards have slipped from Pulp Fiction to Inglourious Basterds in fifteen short years. The moment that poorly-researched Herald on Sunday exposés on the spate of teen faux-lesbianism reached critical mass, bisexuality slid straight to the bottom of the Kinsey Scale of Coolness (doesn’t exist, but it should). Now being bi-sexual is just another vaguely interesting hobby, like fixed-gear bicycle maintenance, or black-and-white photography. It’s perfectly nice, but there is nothing particularly notable or unique about it and it already feels a little clichéd and passé.

The Media may not change what, underneath all our pretensions, we actually like, but it certainly changes what we believe to be cool, and therefore what may make us cool if we associate/dissociate ourselves with it. Since everyone likes being cool, the two become virtually indistinguishable. Sort of like vegans and that species of Malaysian ant, both of which, when attacked, explode into a venomous fountain of guts.

Anyway. All of this is not to say that bisexuality is not a genuine phenomenon. I am living proof that its disappointing slide from edginess to over-exposure has not eliminated it entirely. It is kind of disappointing though, to realize that something as potentially awesome as being fucked from behind with a strap-on, can follow a similar edgy - only ironically edgy - edgy under no circumstances trajectory as, say, planking. Apparently our clitorides really do vibrate like taughtened strings with each news release spilled from the gaping maw below Mark Sainsbury’s mustache. Fuck.

Up the bum… no babies

Luxuriantly pornographic as Sainsbury’s facial hair is, mainstream media cannot be the sole divining rod of the planet’s dicks. I may be mistaken, but I find it hard to imagine the headline BREAKING NEWS: DOCTORS RECOMMEND YOU SHOVE IT IN THE STINK IN ADDITION TO THE PINK running across the bottom of the screen during 3 News in the manner of a Dow Jones update. Yet there is no denying that we are living in the Age of the Smiling Arsehole, as evidenced by a) John Key’s leadership of the country, and b) the fact that (straight) men everywhere are consumed with the desire to head straight for the back door.

So how, absent media help, has anal effortlessly (or effortfully, depending on how much lube you use) taken girl-on-girl action’s place in the ‘Noble Pantheon of Vaguely Taboo And Sort Of Naughty Sexual Acts?’ As the proud owner of a sphincter more receptive than Colin Mathura-Jeffree’s, I do not find this new era to be an entirely unsatisfactory development. It is, however, odd in the context of the pervasive homophobia of a surprising amount of New Zealand men, best encapsulated in the old “finger-up-arse-during-BJ” question. They justify their aversion to it in various ways, from the pathetic “that’s just fucking homo eh” to the practical “seriously bro, I feel sorry for any chick who goes up there, it’s fucking hairy and nasty and shit”. Yet none of this stops them from throwing their dicks in alternating holes with the sort of easy élan with which one might choose between Sweet Thai Chili and Honey Mustard dressing at Subway.

I have realized that while the media and fashion may explain broader trends in sex, there are certain personal aversions and proclivities bordering on the offensive/bizarre (and in my case, possibly racist) which are based on things as seemingly insubstantial as they way our parents punished us as toddlers. The sources of our bedroom likes and dislikes are virtually infinite, and much like in the exquisitely useless endeavours of interpretative dance or conceptual art, in sex there’s no such thing as an invalid source of inspiration/perspiration. Snuff porn, Joanne Black’s columns in the Listener (you sicko), the aioli dripping from the tip of a freshly dipped Velvet Burger kumara chip – wherever you get your twisted ideas from, if your partner wants to please you ultimately he or she has little choice but to suck it up, so to speak. That’s the fabulous thing about fucking – nothing is illegitimate. Except, of course, the word “sexpert”.
This article first appeared in Issue 2, 2012.
Posted 4:53pm Sunday 4th March 2012 by Anonymous.