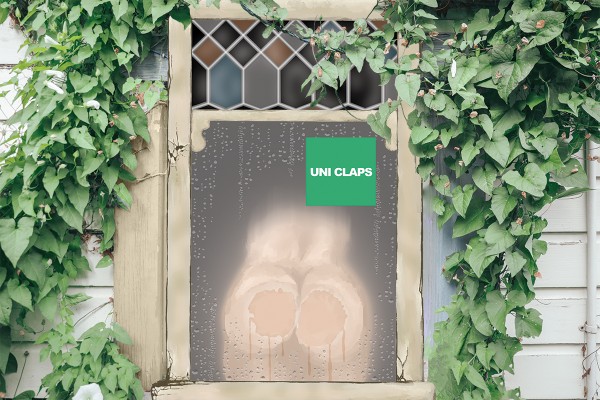 The Best Uniflat Complex to Hook Up In: A Guide

The international students are finally back, and so are the Jonas Brothers. What a time to be alive. The international complexes are famous for free power, Halloween parties, and the most Americans per square metre in all of Aotearoa (not verified). Who wouldn’t want to hang out there? With the heat pump running 24/7 and flatmates who don’t charge you a gold coin to use the dryer outside hour of power, it is the ideal place to have a root, too. In order to help you with this quest, Critic Te Arohi has put together this scientifically tested list to see which complexes are the best to expand your cultural horizons in.

The 378 Complex, home to Sign Up Club parties and ducklings during spring, is a gorgeous complex on Leith Street Central. That is, before it inevitably floods – but that hasn’t happened just yet. The running water you can hear from most of the bedrooms in the complex will serve as a great reminder to take a piss after having sex to avoid an UTI. However, not much else about this complex is really ideal for a root. The walls are made from what can only be assumed to be balsa wood, since you can hear the next person over just having a casual conversation. Additionally, unless you’re in the flats on the road, you have to walk through the whole complex in order to escape next morning, or that night if you’re feeling promiscuous. The one bedroom on the downstairs level of some of the flats offers privacy, unless you’re in the lounge or kitchen where you can hear everything. Also the ground floor bedrooms get zero sun, much like a sex dungeon, so not recommended unless you’re into that type of thing.

This complex is the epitome of student culture. It’s on Leith Street North, you can hear everything between rooms and adjacent flats, and the international parties are always bumping. The person you just hooked up with in this complex is exactly the same. You initially fell for them as they were the life of the party, but just like this complex, nothing is ever that stable and they’re always loud. You can’t leave the complex without walking through the entire courtyard after loudly exiting the flat, even if you were trying to be sneaky. Fun for a night, but never a long term partner.

Expecting the bare minimum from the Castle complex, it was unsurprising to learn the ceiling and floor walls were thin as hell and you could hear every move the person above you made. After talking to two flats, however, it was revealed that there is someone in the complex who has outrageously loud sex. I forgot to review the rest of the flats in the complex becuase I got so distracted by the fact someone was apparently having the loudest sex people had ever heard. It happened when one girl left her window open at night, further confirmed by a group of boys I talked to. One of the boys recalled that it happened another time when “we were all outside playing backyard cricket, like in the middle of the day.” Good for them. I guess the beds can’t be too bad if you can have absurdly noisy sex around the clock.

If you’re looking for a complex close to pint night, look no further than the glorious 94 Forth complex. This complex, former residence of an international student’s pet bunny rabbit, has a beautiful green space outside all the flats. It’s perfect for a day-after coffee in the sun, which is actually the real 4th base, and the first sign of catching feelings. You can’t hear the flat next to you or your flatmates through the walls, which seems like the bare minimum, but in these complexes is really a win. The only downside is the squeaky stairs. That and the fact that if you don’t actually like the person you might have to talk to them since there’s a chance there won’t be wifi. Last year an international comp sci student apparently got phone-scammed and knocked all the UniFlats wifi down for a day.

After walking up the hill to the Pitt St complex, you’ll be wondering if the hook up is really worth it. Surprise, surprise: it probably is. The flats in this complex are set up in three stories with two bedrooms on each story. This means you’re probably not sharing a wall with a flatmate, only next door neighbours. However, the walls are so thick that this actually is not an issue. The stairs aren’t exactly silent but they aren’t extraordinarily loud, either. One resident even complimented the “great shower pressure”, so you can romantically get all the alcohol out of your hair with your new-found love. The Pitt St complex is humble and extraordinarily good at what it does.

If you can actually find your way into this complex through the maze of confusing front doors, back doors and fences, you’re in for a below mediocre time. The first flat I went into had the squeakiest floors I’ve ever heard. From the shower floor, to the beds, to the flat carpeted ground, everything was a squeaky trap. One of the residents of the second flat said the mattress was so poor, everytime he sat down he “could feel the slats” and is pretty sure this has “given me back problems”. Not ideal for one person, let alone the weight of two. The walls between the flats are also so thin one of the other flatmates can hear his neighbour doomscroll TikTok through the walls. This is all on top of the noise from the loud one-way outside. There’s not many redeeming factors in this complex besides the proximity to uni, but at least you can run away to Central or the OUSA showers after having the most uncomfortable night of your life.

Winner: 47 Pitt St
Loser: Anyone who chooses to pay for their own heating instead of dating an international student.