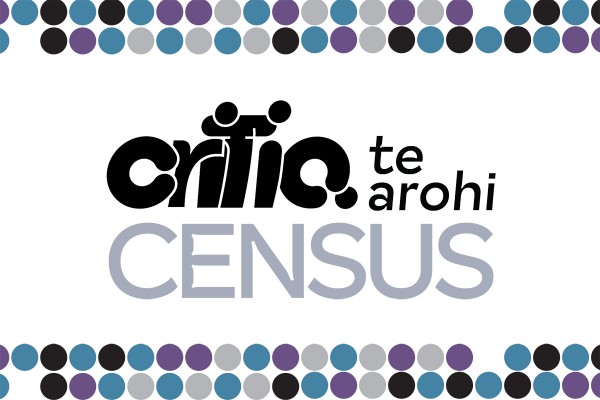 This year's census gave us plenty of interesting demographic data on the student body, covering topics from academia to finances to hot celebrities. 238 students valiantly completed the census, giving us that yummy yummy data to analyse. Student IDs and emails were separated from the rest of the data when analysing it. While we are reasonably confident in our analyses, the data isn’t quite a sample of the entire student body, but is rather more representative of all students who are willing to fill out a 50-page-questionnaire, so it’s important to keep that in mind.

Nerd bias notwithstanding, let’s take a look at the results.

What year of study are you in? 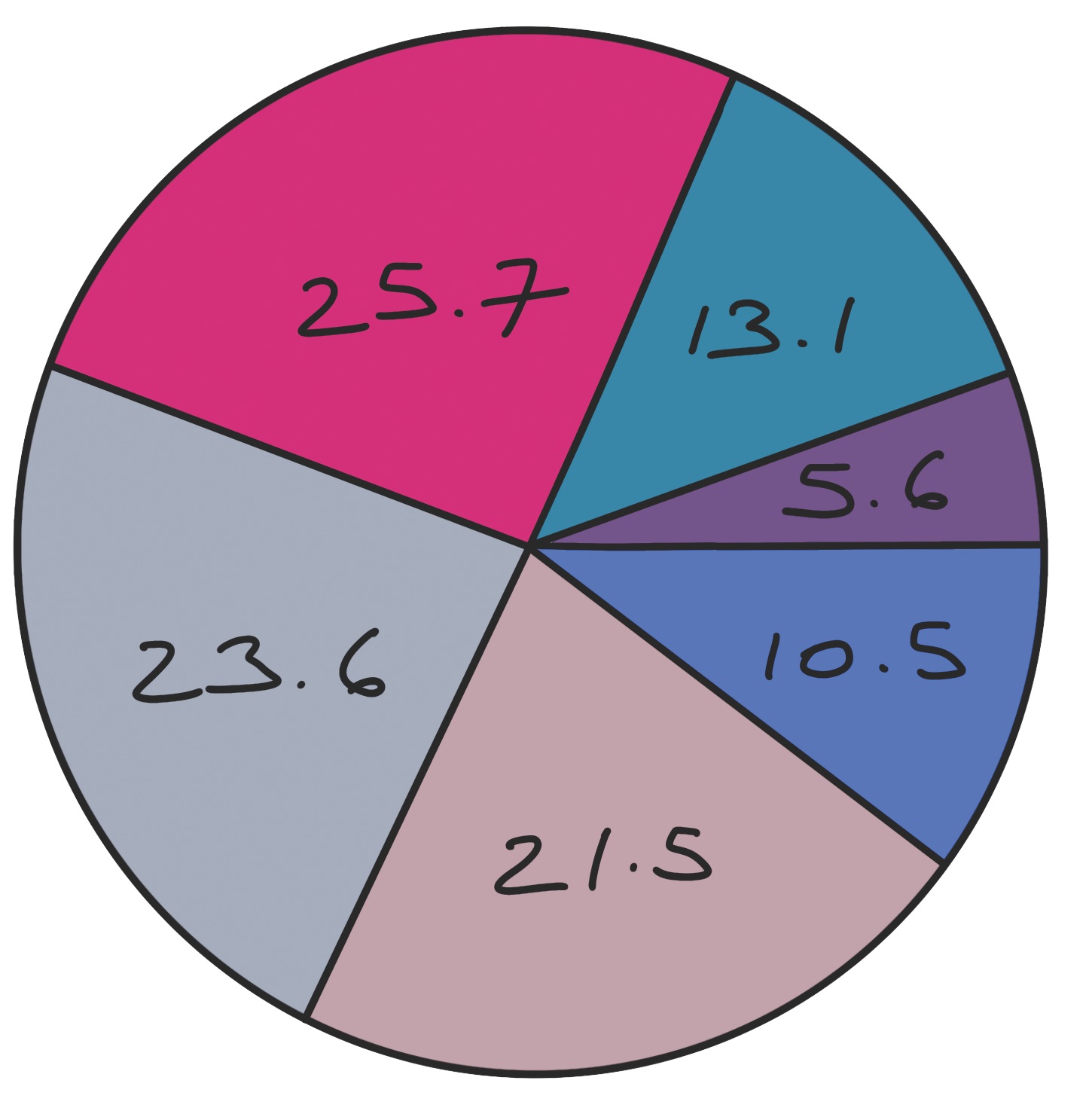 Did you go straight from high school to University? 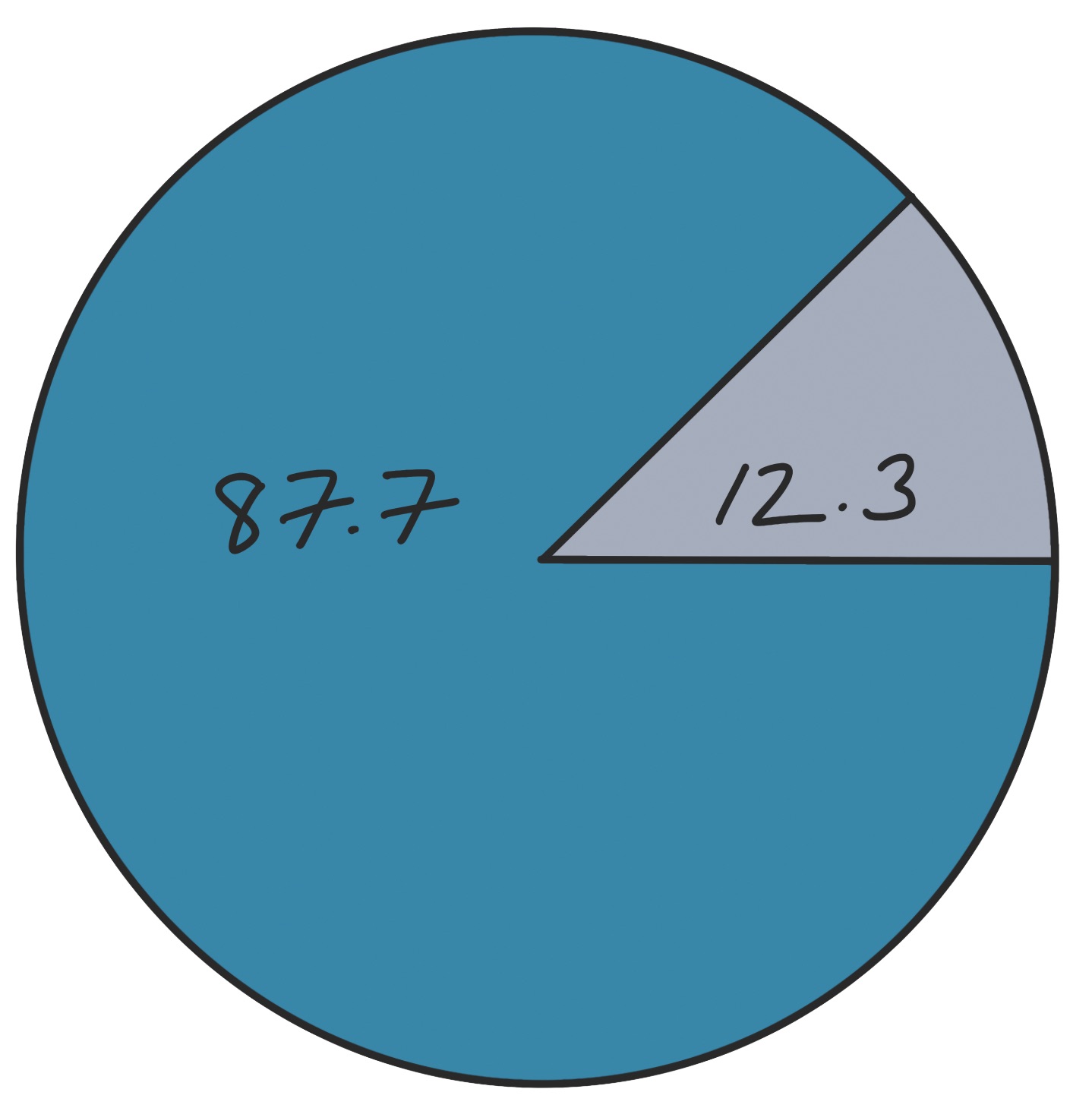 Census respondents were split pretty evenly across years of study, with fourth years being the most popular cohort. Age was similarly distributed, with the most common ages being 21 (24.1%) and 20 (21.1%). The vast majority of students went straight from high school to university (87.7%) and most people felt pretty prepared when they did begin university, as 67.1% of students gave a 6/10 or more when asked “how prepared did you feel starting university?”

Most people also seemed to be happy with what they are studying, with an average rating of 7.8/10 for how much respondents enjoy their degree. The most popular papers submitted were, unsurprisingly, the papers with the largest enrollment, so it’s no shock that HUBS191, CELS191, and LAWS101 came out on top. Aside from these three behemoths, the favourite papers of respondents were Laws and Indigenous Peoples (LAWS461), Molecular Biology (BIOC221), Biopsychology (PSYC317), Psychology in Legal Contexts (PSYC325), Modelling and Computation (COMO101), and Gender, Crime and Justice (GEND210). These were followed closely by Ecology of Species Introductions and Invasions (ECOL321), Forensic Biology (FORB201), Physical Geography (GEOG101), and Conceiving Reproduction (ANTH222). When asked how long ago respondents had last read a book, responses ranged from “earlier today!” to “in year 8 lol”.

Which political party did you vote for in the 2020 election? (Party vote) 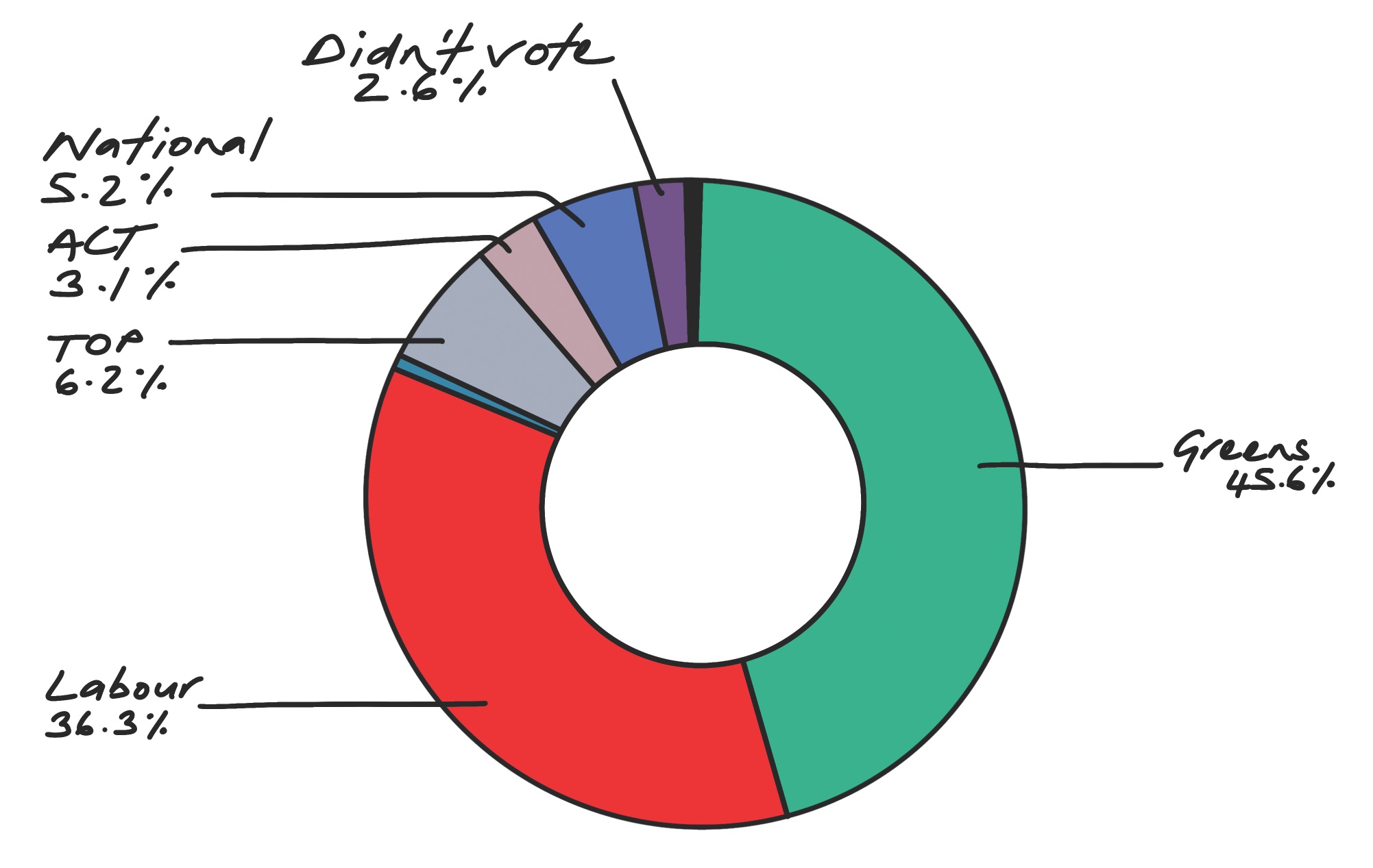 Which political party do you think you will vote for in the 2023 election? (Party vote) 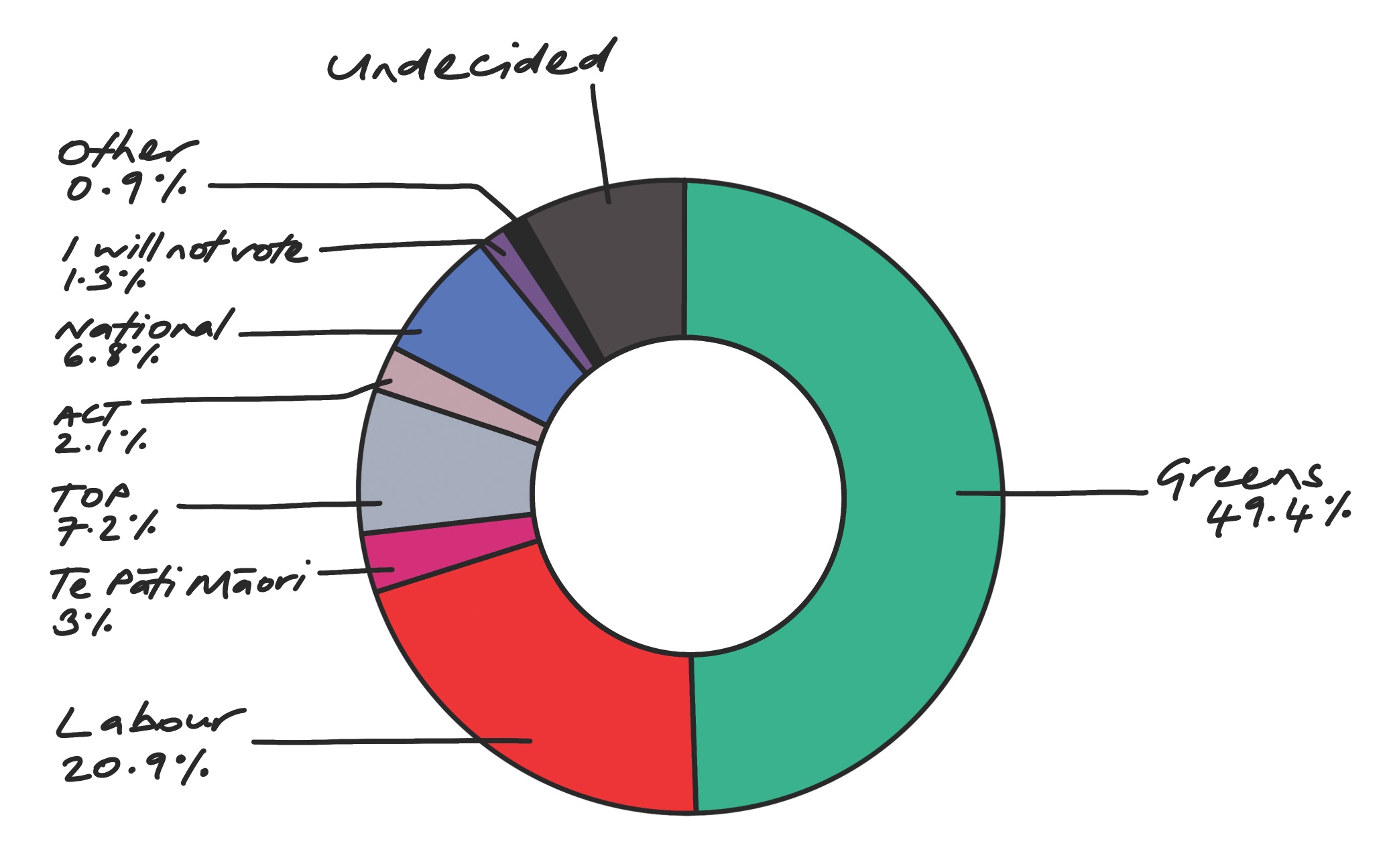 The Critic Te Arohi census makes it quite clear that the political makeup of Otago Uni students (or at the very least, our readers) is vastly different from the population at large. Excluding the 17.9% of respondents that weren’t old enough to vote in the 2020 election, we see the Green Party dominated, receiving 45.6% of the student body vote. This was followed by Labour who received 36.3%, less than the landslide national result they received that year. National and Act also received less from students than the national average, whilst TOP received far more.

Perhaps due to the perception that the government has reneged on promises and left students out to dry with little financial support, only 20.9% of respondents said they would vote for Labour in 2023. This notion is supported by the fact that 89.8% of respondents said that students should receive more financial support from the government. The Greens on the other hand appear to have further grown their base, with half (49.4%) of respondents saying they would vote for the Green Party in 2023. TOP and Te Pāti Māori also both appear to have a few more voters for 2023 than in 2020. National appears to have gained a percentage point too, maybe the same percentage point that Act has lost within the student body.

Will you vote in the local government elections this year? 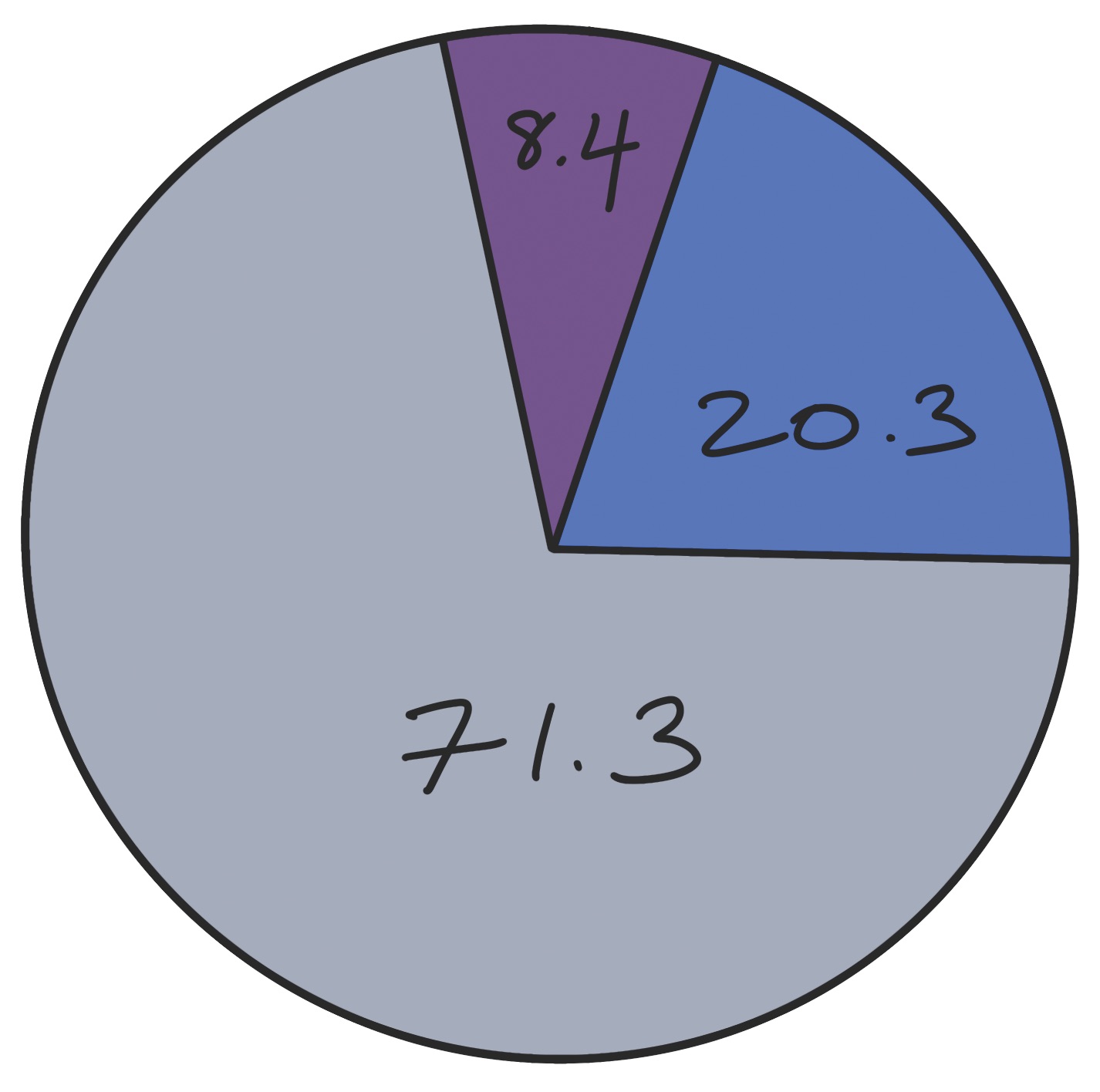 A large majority of respondents said they would vote in the local government elections, although 28.7% said they either wouldn’t or did not know yet. The most common reasons people gave were that they “didn’t know enough” or that there were “no good options”. While that may be true, some options are definitely worse than others. You may think you don’t know enough, or can’t be bothered researching, but you probably know just as much as the older population of Dunedin that will vote regardless. A quick skim of candidate summaries (look out for them in Critic later this year) is better than nothing, and the people you disagree with most in the city are probably voting, so you should too.

How much money did you make this year? (Before tax, but excluding Studylink allowance or loan) 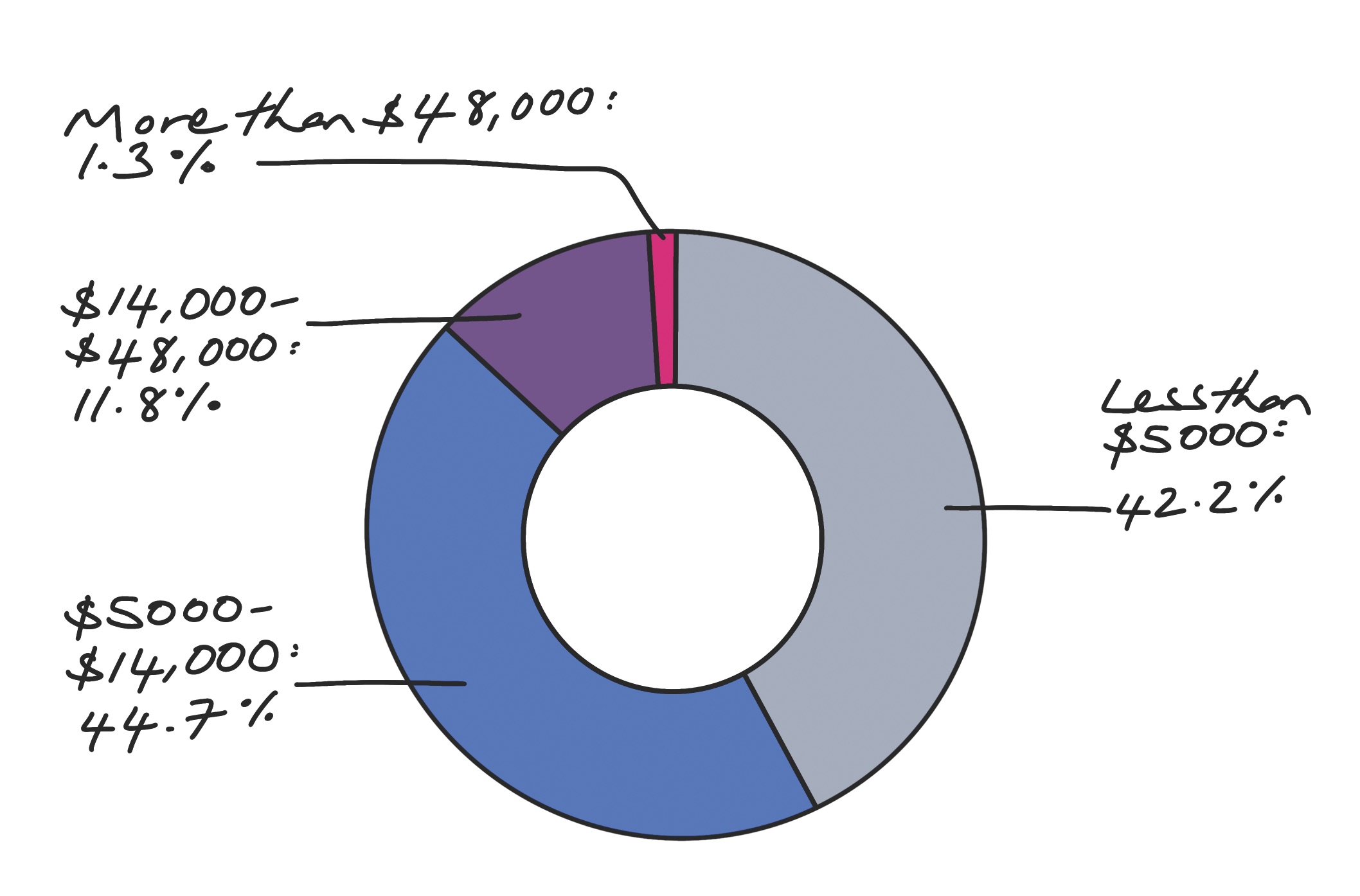 Are you eligible for student allowance? 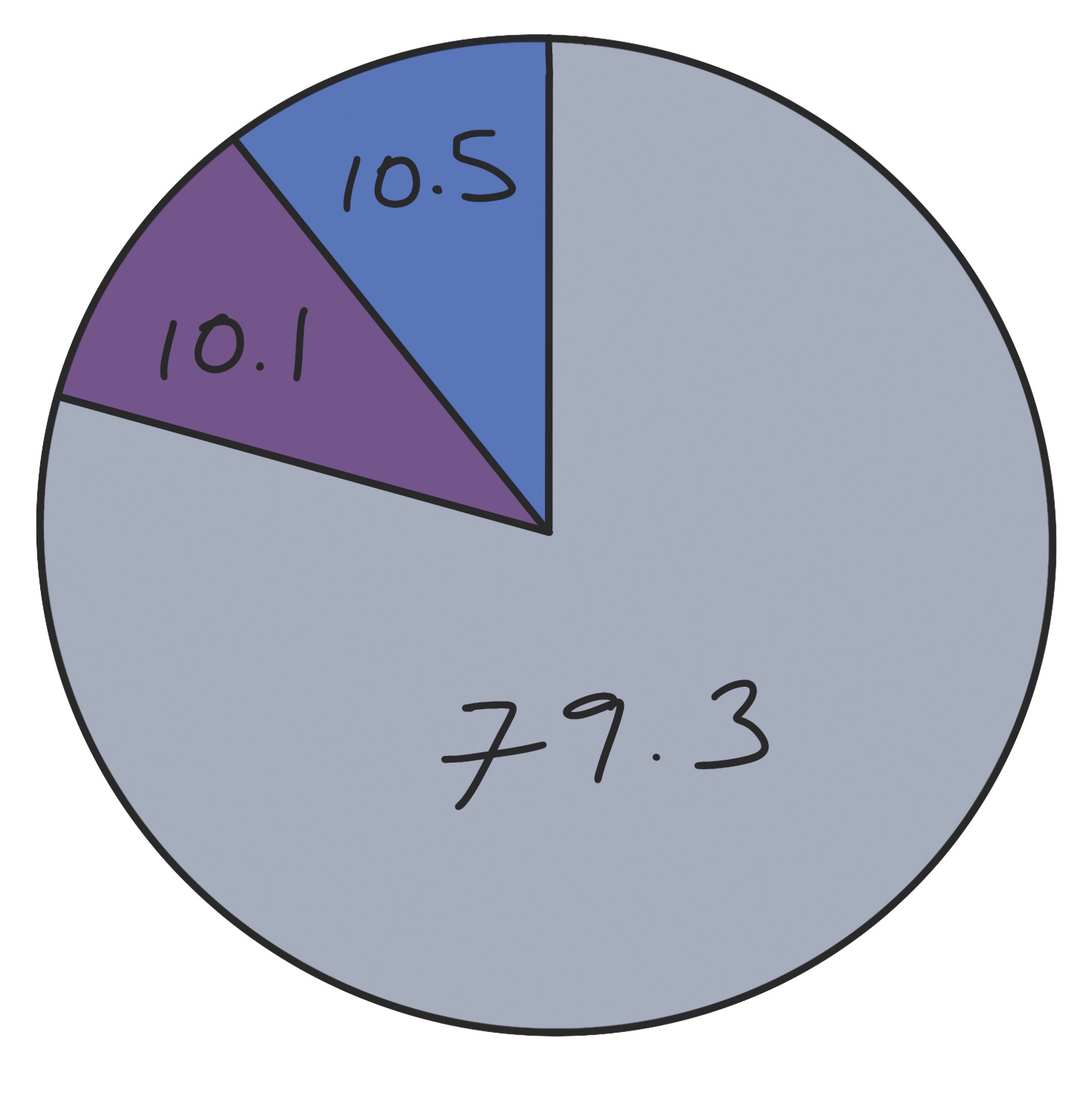 The Critic Te Arohi census 2022 revealed that, surprise surprise, students are broke as shit. The data suggests that 86.9% of students are earning less than 14,000 NZD a year, the lowest income bracket in Aotearoa. 42.2% made less than five grand. Despite this, only 20.6% of students were eligible for the allowance, and less than half of those eligible received the full amount. This lack of income was also despite 36.3% of students being employed by the Uni at some point.

The number of people living together varied evenly across respondents, but four was the most common number of flatmates (24.6 % of students). Nearly a third of students (29.4%) did not receive their Healthy Homes documentation when they began flatting this year, while a further 36% did not know. When asked what supermarket item they would make cheaper, the most popular responses were cheese (62 responses) and fruit and veggies (61 responses); the most commonly cited vegetables were capsicum, cucumber, and tomatoes. Meat was also a popular choice, with 29 responses, including one for “those tegel chicken bite things”. Preach. Milk, oat milk, and alternative meats were also popular responses. Some other unique answers included “cat food”, “fresh chillis”, and “crossword books”.

How often do you drink alcohol? 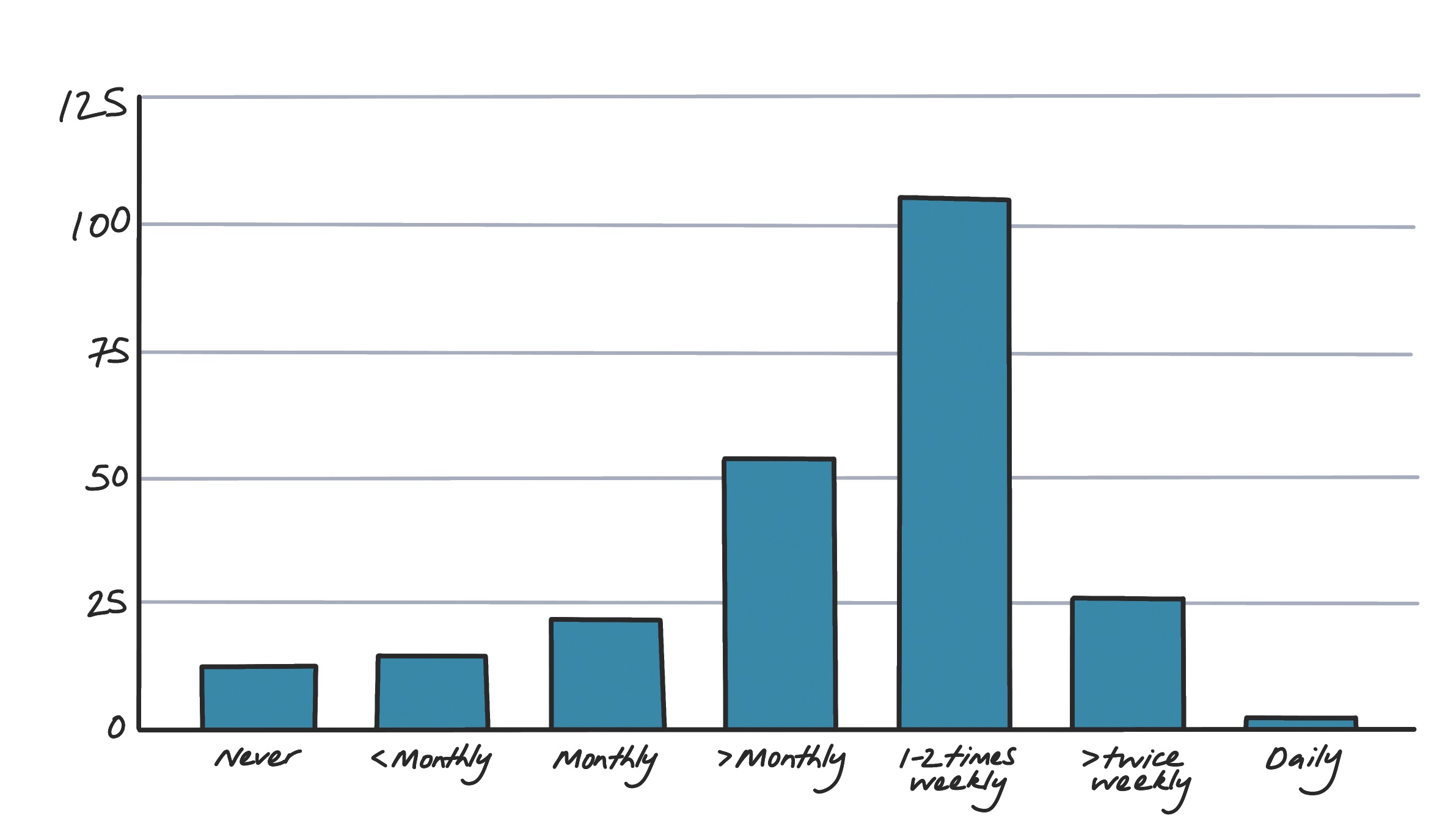 Should you be worried about your drinking? Probably. 44.3% of students said they drink once or twice a week, although our editor reckons a lot of students are drinking more often than that. In other drug data, coffee was the most preferred method of caffeine consumption (45.1%), followed by energy drinks (19.4%), tea (11.8%), and caffeine pills (2.5%). 15.6% of respondents said they don’t consume any caffeine. Three different caffeine fiends said “whatever is closest”. While only 1.7% of students said they smoke, another 10.5% said they do smoke, but only when drinking, which, uh, counts. 34.7% of students said they vape, which was less than last year. In 2021, the most popular vape flavour was peach ice. This year, it was a clear victory for grape (including similar flavours like grape ice). Peach ice was second, followed by mint, and then cola. These results seem to indicate the prevalence of Covid in the community, as it appears no one has any taste.

Similar to last year, the census revealed that 42.6% of students believed they are having less sex than their peers, whilst only 24.3% of students believed they were having more. Have some faith, dear readers, you’re probably getting laid more than you think (relative to your mates). We also asked students who they thought was the hottest celebrity alive today, and the answers were…disappointing. The winner was a tie between Ryan Reynolds and Margot Robbie. Yeah, they’re both hot, conventionally attractive white people, but the hottest famous people alive? Really? Spiderman stans will be interested to know that Zendaya had the third most submissions, beating Tom Holland by just one point. Harry Styles, Robert Pattinson, and Theo James all did well too. Top Gun: Maverick had just come out when we published the census, and so Miles Teller got a few votes too. There were plenty of good answers (your boyfriend isn’t one of them sorry) but the best I could find was “Me (if this doesn’t count then Matthew Grey Gubler or Doja Cat)”. Our intrepid editor Fox Meyer also got a few votes, congrats Fox.

We also asked students who had taken the effort to answer all 50 questions how their day was going, and if they were all good. Here are some highlights from the responses:

Thanks to everyone who completed the 2022 Critic Te Arohi Census, see you next year xx