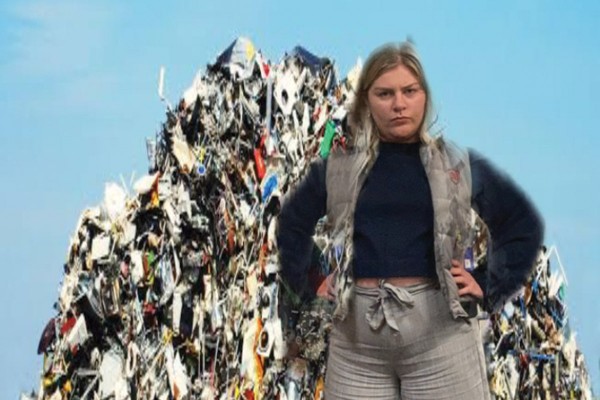 EDITORIAL: Tell the Uni where they can stick their rubbish fines

Yeah, that’s right, I’m the Proctor and I will impose a daily fine on you if you don’t clean up the rubbish and broken glass outside your flat.

When it was introduced in 2006, the OUSA President Paul Chong was consulted in secret, threatened that the Uni would not consult the rest of the student body if he told anyone, and then the Code of Conduct was announced with no opportunity to change it aside from the final University Council meeting where it was voted on.

Outside that meeting, over 300 students gathered outside — with a bouncy castle for some reason — holding signs reading “consult us you cunts”, “off campus, not ur fuckn business”, and “you can’t spell Skegg without keg”. They even floated a balloon next to the window of the University Council chamber with an “threatening” message, an attendee noted.

The Uni halfheartedly tried to say that they weren’t consulting students because the OUSA President had broken confidentiality, but it was clear that there were other reasons behind it. The Undie-500 riots had just happened and the Uni was concerned about any appearance of “going easy” on the naughty students involved.

They honestly didn’t give a fuck what students thought about the Code of Conduct. Then-vice chancellor David Skegg admitted as much, saying that “[e]ven if every student voted [against it], I would still be advising council to adopt this code of conduct.”

The big change, buried amidst the legalese and tracked changes in the CoC consultation document, is that the University are openly admitting that the code of conduct is not about safety or security of students, it’s about the appearance of the University and the campus area.

The change that makes that clear is the clause about rubbish which has a “negative visual impact”. The University is basically proposing that the Proctor have the power to fine flats which look messy because of mess (presumably broken glass or piles of cans) outside the flat. That’s a huge change.

Other changes, like making the rule preventing flat initiations clearer and adding sexual assault as an explicit offence, can be linked back to the safety and wellbeing of students. The rubbish offence? There’s no reason why, in terms of student safety or wellbeing — just that it’s bad to have a pile of rubbish outside your flat. Which is just something that happens sometimes when people are learning to adult sometimes.

There is no reason for this rule other than to make the University area look nice. And that’s not a good enough reason to give the Proctor a reason to look closely at every flat in North Dunedin and consider whether it looks messy. This change is a fundamental broadening of the Code of Conduct, allowing the University to regulate how we live in private flats.

Submissions on the Code of Conduct Review close this Friday, on May 7.