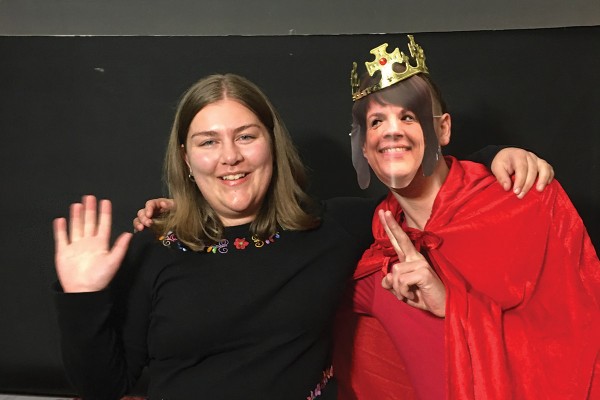 Harlene left Otago a few weeks ago, but that was too early in the year for Critic Te Arohi to have our shit together. We’re writing about her legacy now.

Her exit was quiet. There’s not a lot of fanfare about Vice-Chancellors, despite the impact they have. The University announced she was leaving, we all said “oh, really?” and moved on. A slick new webpage, with the nicest photograph of the clocktower that I’ve ever seen, went up advertising the open VC position, but Harlene started to fade into the background before she even left.

She slipped out the back, but it’s not like she was never here. She changed the University of Otago forever.

Denzel’s article gives you a recap of Harlene’s time at Otago. The timeline shows, surprisingly to someone like me who’s only been here for the second half, that her term started out amicably. I started at Otago in 2016, which coincided with the start of Harlene’s second term as Vice-Chancellor. It seems like by that point, a lot had changed in terms of her relationship with students.

I can’t imagine Harlene going to the OUSA President’s flat and giving them a cake for their 21st birthday. Throughout my time as Otago, no one saw Harlene as a person who would do that kind of thing. But that’s what she did back in 2012.

Somewhere there is an origin story, where she decided that kind of personal interaction with students was no longer a focus and turned to the dark side, where the University Council would make big changes with limited student consultation. The moments where she did interact with students and laugh with them are lost beneath her legacy of department cuts and redundancies.  Sadly we’ll never know what she thought, because we forgot to ask her for an interview, not that we thought she’d give us one anyways.

Harlene made some tough decisions and people resented her for that. As a first-year humanities student, I definitely did. There were protests against cuts to the humanities and she was the target. The University administration is complicated and bureaucratic and huge. It doesn’t have a face, except for the Vice-Chancellor. She is the person we blame, because of her role.

Departments and support staff were slashed during her ten years as VC. An OIA shows that 630 staff were made redundant between 2010 and 2020, 587 of them within Harlene’s term at Otago. Seeing Otago receiving positive media coverage this year for being the only University with “no redundancies due to Covid” is bittersweet given that huge number.

Harlene came to be the embodiment of the ruthless cost-benefit analysis that the University conducted to cut these departments. She was the one repeating these messages, even if they were influenced by a government focus on STEM at all costs. She told us that there aren’t many humanities students, so it’s okay to cut their funding, and the sciences fulfil the same role in society in terms of critical thinking anyway. This kind of logic was necessary for her to spout because it justified the cuts at the University.