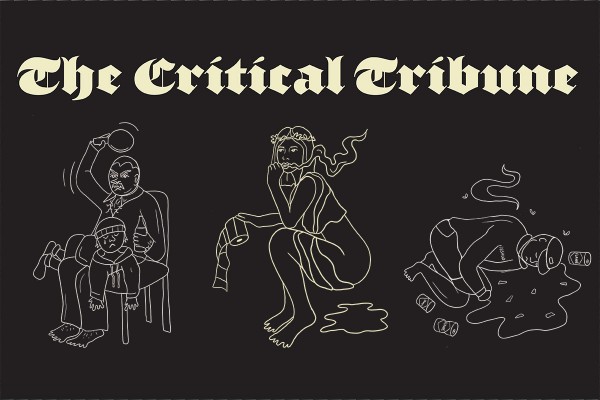 Breatha is “Sorry” After Stern Telling-Off From Dunedin News

North Dunedin resident and self-described “fresher-fiend” Jock Hunter has been reportedly left deeply remorseful after the litter left from a party at his flat was roundly condemned by local residents on the Dunedin News page on Facebook. The crusading hordes, none of whom have actually entered North Dunedin since 1971, expressed dismay at the pile of bottles outside Jock’s Dundas St flat, calling it a “disgrace,” lamenting the lack of “civic pride” and “community spirit” among the “youths of today,” and called for students to be deported “back to where they bloody well came from.”

Shocked into shame by the comments, Jock has committed to turning over a new leaf in 2021. “I never thought I would change my ways, but when Shirley commented ‘how old our they my grandson cleaner than them and he’s only 2,’ that really affected me on a personal level.” The tipping point reportedly came when local community leader Andrew Lee stepped in, commenting “North d will look like a rusbish tip after tonight and rate payers will get the bill for the clean up.”

Upon seeing this damning indictment, Jock broke down into tears, distraught that his antics had resulted in such significant hardship for the 55,238 households within the Dunedin City Council boundaries.

At press time, Jock was seen lying face-down in a pool of vomit outside his flat, 17 bottles of Flame rinsed and neatly stacked in his glass recycling bin.