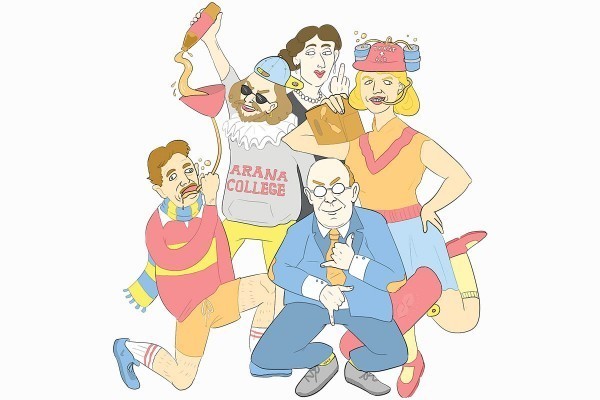 I consumed my slab of BrB: Chocka Hopa on Tuesday night. I’m not sure whether it was the atmosphere the snow created or the stunning quality of the brewing, but the first can of beer really hit the spot.

There has been an increase in mid-tier breweries over the past few years which market themselves as a sort of people’s craft beer. Examples of this sort of brewery are Boundary Road and Monteith’s. I usually find with these types of beer that they do not taste that great and you can only drink one or two of them before it becomes a struggle. Chocka Hopa is like this except it actually tastes nice. As always though, I was struggling to drink it by the third can, but my experience before that point had been great.

Right off the bat Chocka Hopa smells great, there’s plenty of citrus and it could easily pass as a proper craft beer. Additionally, the can has a matte finish which makes for a comfortable, non-slippery grip.

The first sip was great, it had substance. This beer doesn’t go down easy like a DoBro, but sometimes that’s a good thing. It’s a beer you want to keep in your mouth for more than a second. There is a good compromise between being drinkable and tasty. Most of this type of beer are just unnecessarily bitter. I remember one night, early in second year, when I thought I’d be cultured and buy a box of Monteith’s. I got through two and then ended up trading away the rest because they were so rough. I still wouldn’t be able to smash a box of Chocka Hopa, but I’d get much closer to it.

Overall, Chocka Hoppa was tasty and refreshing. The fizziness is high so skullability is not great. But, then again, you would look like a loser skulling it anyway. I was ripped off buying my six-pack at SuperLiquor for a criminal $15. I know for a fact you can get them at New World on special for $12. There are 6 x 1.4 standards cans which comes in at a steep $1.43/standard, but that’s still a far better ratio than Speight’s or any other box of 4% beer.

I’m not a big believer in these semi-craft beers that seem to be everywhere. If you are going to splash out and buy craft beer you might as well go the whole way and blow $20 on a six-pack. The financial ruin is part of the experience. Having said that, Chocka Hopa is competitively priced and tasty. While I struggled to drink too many of them, they were surprisingly good and could make themselves useful as a refreshing start to pres.

Tasting notes: The flavour of two DoBros in one can.

Pairs well with: Being bullied because of your drink.