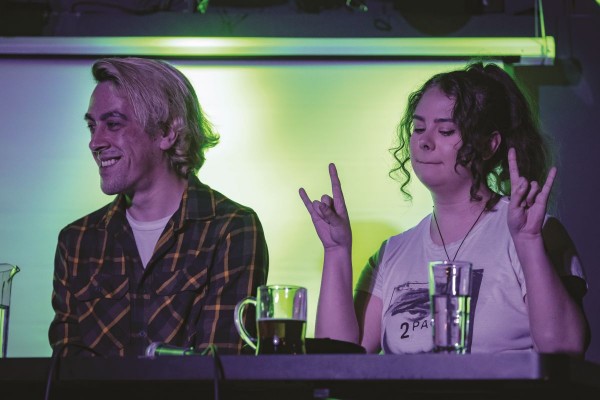 EDITORIAL: We’re About to Have the First Māori OUSA President in 22 Years, and That’s a Huge Deal

Otago students are never going to have a student executive that is fully representative of all of their interests. This is ultimately because representative democracy is, for the most part, a sham. Politicians are always going to be promising things that they can’t deliver because, at the end of the day, people are only human. It’s impossible to put your own interests to the side and be an objective vessel for the needs of others, and, unfortunately, you never know who is secretly a cunt.

Neither Michaela nor Sammy seem like cunts. But why their candidacy for president is significant is not because they both seem like passionate and kind people, it’s because both of them represent what OUSA has been claiming to be for years: reflective of the student population, and progressive.

Both candidates are Māori and openly queer. This means that no matter how you vote this week, OUSA’s 2021 President is going to be Māori and queer. The last time there was a Māori OUSA President was the late Reneé Riddell-Garner in 1998, which coincidentally is the year that Michaela was born. Although the number of Māori tertiary students is smaller than Pākehā, that number has grown a lot in the past 22 years, yet we don’t see many Māori or other minority students on OUSA Execs.

The difference may be that in 2019, there was a concerted effort by the Executive to incorporate te reo Māori and Te Tiriti into the Exec, nominally by beginning the translation of OUSA’s constitution into te reo Māori and incorporating an opening and closing karakia at every executive meeting. Although they are small gestures, and this year’s presidential candidates both being Māori may just be a coincidence, I don’t think that we should ignore that as soon as OUSA starts putting in a little bit of effort at honouring Māoritanga that more indigenous students start running for the top position.

Idk, maybe it’s fucked up of me to draw that link, I have no ancestral ties to this land or the hardship Māori have faced. All I know is that 22 years is a long ass fucking time and if it is a sign that OUSA should continue working towards genuine equal partnership, then they should take it and go even harder.