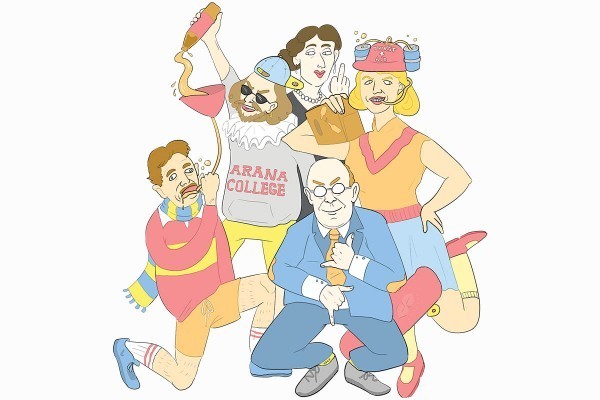 I consumed Tiger while watching Cindy and Judy slog it out at the leaders debate on Tuesday. The debate was dull, but the combination of Tigers and talking shit about both major parties made for a great night.

Because of the marketing of the drink, I envisioned the origins of Tiger as a little-known sequel to the Jungle Book. Mowgli, blinded by grief when Baloo dies from the injuries inflicted by Shere Khan, vows revenge on all the tiger’s family. After many years of senseless killing of tigers, his revenge finally brings him to a small port in South East Asia where he tracks down and murders Shere Khan’s last known relative. His work done, Mowgli decided to settle down. He founds a brewery in Singapore and the first brew is made of the blood of all the Tigers he has slain.

But as I gazed at the bottle, I began to think; why was the label of a beer produced in Singapore written in English? As I dug deeper, I noticed the sneaky label “Born in Singapore”. A quick check of the small print confirmed it: Tiger Lager as found in NZ. It is not brewed in a distant South East Asian country. It is brewed in Auckland, by none other than DB Breweries.

Tiger smells good and there is great head retention, if you can be bothered pouring it into a glass. The taste is a little bland. I always attributed this to the warmer climate of Singapore but it turns out DB just makes watery beer. It goes down easy, to the point that you don’t really notice you are drinking much until you are halfway through a box.

Overall, Tiger is like a slightly stronger and tastier DB Export. The fizziness is high so it’s not ideal for skulling. On the upside, it’s fairly cheap and usually there will be a $20 deal at SuperLiquor or the supermarket. A box is 12 x 330mL, 5% glass bottles which totals 16 standards at a solid ratio of $1.20 per standard. This deal has been consistent for a while and has remained steady even as equivalent beers like Wakachangi have increased in price. If we are watching the waistline, then a bottle of Tiger is 13 less calories than a Wakachangi.

For much of my life I have dabbled in Tiger’s lager, and while the beer was never outstanding, I always found comfort in the fact that it was foreign and exciting compared to most NZ beers. The distance it had travelled over oceans to find its way into my stomach made it more meaningful to me. But as it turns out, the only ocean it has travelled is the Cook Strait. This revelation left me feeling slightly betrayed but, at the end of the day, Tiger is cheap and easy to drink, so I can get over it.