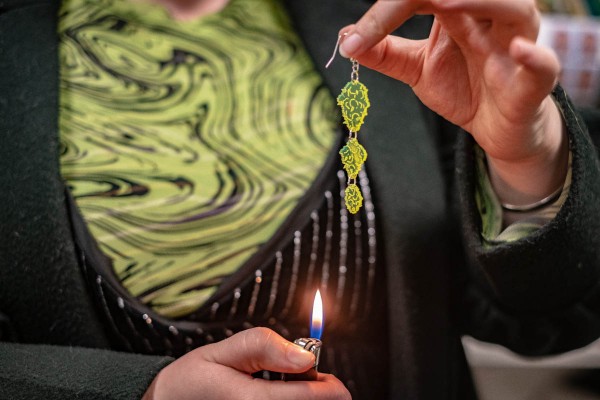 Editorial: Why Aren’t You Voting Yes?

When you vote in the cannabis referendum, you should vote yes. Not just for yourself, but for your family or friends who use it, whether or not you know that they do. Vote yes so that the people who already use cannabis - medically or recreationally - don’t have their lives ruined over it. Help them access it safely.

If you are against legalising it, you need to break down why that is. Let me help. Here are some main anti-cannabis takes, ranked from least bullshit to most.

4. If your main concern is that you think legalising it would normalise it, then your next thought should be what the harm in normalising it is. When you picture people using cannabis recreationally, do you see it like a wine of glass after work, or binge drinking? Because if it’s the latter you’re concerned about cannabis abuse, not normalisation. Over-indulging in anything is bad, but at least with cannabis it’s impossible to overdose. The worst thing you can do over-indulging in weed is that you become dependent on its calming effects (which, by the way, legalising would mean more funding for addiction counselling/support). The worst thing that can happen on alcohol is that you straight up die.

3. If your other concern is that cannabis would be misused like alcohol is, then you should reflect on why you aren’t actively lobbying against alcohol access. Yes, this is a strawman argument, but it has a point - you’re worried about the extreme end of cannabis use without acknowledging that the vast majority of cannabis users do so for self-medicating physical pain, or consume it casually without overindulging. And let’s be real, you’re not lobbying against alcohol access because you, too, enjoy a glass of wine at the end of a long day, Karen.

2. If you’re concerned that legalising cannabis would increase underaged kids’ access to it, then you’ve either been out of high school for too long, or… idk what to tell you. It was happening and you just didn’t know it. My good Catholic high school is a decile 8 and I remember kids dealing each other pills in my Year 9 maths class (shoutout to Ms Jackson), which is all sorts of fucked up. At the time all I could think of was how uncool and unedgy I was, despite having no interest in being anything other than a good girl, myself. If kids want weed, they will find it. If not from looting a family member’s stash then because (shocker) drug dealers don’t check IDs. I’m not going to say that legalising cannabis will reduce kids’ access to it, but the current model isn’t working, and at least legalising it would make parents smarter about talking to their kids about using any kind of drug.

1. My pick for the most bullshit anti-cannabis take is that uwu cannabis is bad for your lungs. Who said you had to smoke it?! Did every conservative suddenly forget about pot brownies?

If you’re voting no for a reason that isn’t listed above, then slide into my DMs at critic@critic.co.nz. I’ll be sure to make an updated listacle of why your reason, too, is bullshit. Or maybe it’ll convince me? Idk, but I doubt it.