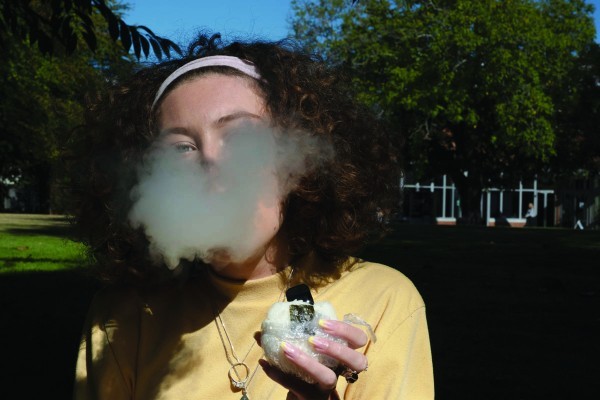 Okay, here’s a question for you: what the fuck does ‘cola’ taste like? No seriously, if you had to explain to someone what cola tasted like without saying cola, how do you describe it? Does it even have its own tasting notes? Every time I drink something cola flavoured, all I can think is “wow, what is this delicious overly carbonated black tar running down my throat”? But that doesn’t answer the question. I genuinely can’t think of any way to describe the flavour of it, apart from it being black and fizzy. We can try to describe cola’s flavour in terms of comparing one particular brand to another, but then we only describe a flavour through what it’s not. After a quick google, my lord and saviour Wikipedia described cola as having tasting notes of vanilla, cinnamon, citrus oils and other flavourings, and I feel even more confused now. At no point in my life have I taken a big swig and thought “wow, the flavour profile is really popping off in this one”. But maybe, this is just more of a sign that I should stop ingesting so much shit into my body. The reason I bring all of this up is because this week, we’re reviewing the flavour Coorong Cola from Bogan Brews.

To be honest, I only chose this flavour because I liked the name Bogan Brews. I didn’t know what ‘Coorong’ was, but it turns out it’s a town in Australia, so at least this juice actually made me learn something. Judging a book by its cover, the graphic design on the bottle was very sexy, and looked promising. The juice was 20mg nic salt, which was a bit on the strong side (believe it or not, I’m trying to quit nicotine lol). The juice was thicc with two cs, meaning it had a lot of resistance when vaping - even on the highest setting. This actually put me off because I kept getting the pre-cum bits of juice in my mouth that tasted rank as. But in terms of the flavour itself, it was super strange. It tasted like one of those Budget bottles of cola, which was as to be expected. But then, it had this weird fizzy taste? Like no shit, it left this fizzing feeling in your mouth like you’ve actually just drank some cola, and it’s intentional. The cola taste was overpowered by this fizzing sensation, which ruined the experience of the juice for me. My boyfriend Kyle tried some and simply replied with “what the fuck”, while anonymous friend had a reaction like the video of that girl who tried Kombucha for the first time. To be fair, this juice contained a lot of bogan energy because after vaping I did feel like skulling a Diesel and doing some phat skids at the top of Signal Hill.

This juice is definitely an acquired taste. Kudos to the company for trying something new through adding the fizzing sensation, and thanks to the Vape Shop for supplying the gear. It’s hard to describe how the cola flavour was, because it just tasted like straight cola. But I guess that’s what it’s supposed to do. My supple little taste-buds aren’t used to this kinda shit anymore.

Makes you feel: Like a dirty snapback paired with prescription speed dealer sunglasses.

Pairs well with: A pie and large can of V from the servo.