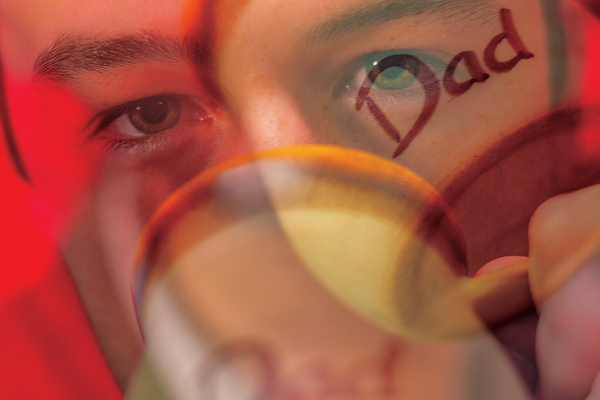 His friends describe him as: Kind, a little bit introverted, and humble.

Jack Manning is your 2020 Critic Bachelor. The OUSA President will be going on a series of single and group dates over the coming issues on a quest to find love. He’s looking for a down-to-earth, funny girl that isn’t afraid to take the piss out of herself. Could that be you? Read on and apply if you dare.

Jack welcomes me into his office, the door shutting softly behind him. The muscles beneath his crisp, blue linen shirt relax slightly as he takes his place at his presidential desk. There’s a boyish charm about Jack Manning, found in the curl of his hair and the quickness of his smile. But yet, simultaneously, there’s the quiet ease of a man in power. He’s tall. I look up.

Jack is, without a doubt, the perfect boyfriend material. He’s a feminist! He watches Gilmore Girls! Most importantly, he has a full-time job, which in this economic climate is an undeniable luxury. Plus, there’s the added bonus of his Computer Science degree, which is sure to pay off for potential sugar babies out there. “Growing up I was an absolute nerd,” he smiles warmly. “I thought I’d study whatever would let me keep using my computer as much as I’d like— without my mum telling me to get off it like when I was younger.” In his spare time, he enjoys watching movies with his flat and has recently indulged in some lockdown baking: “I am such a homebody, I love anything that can be done from home.” For the sake of journalistic transparency, Jack is…adorkable. He makes bad puns, adores goody goody gum drops ice cream, and genuinely is passionate about OUSA. I’d liken him to a golden retriever, one that wears teeny, tiny sweaters. It’s kind of endearing that someone cares about something so lame as student politics. If he can enjoy twisted shit like that, maybe he’ll enjoy talking to your weird flatmates and doing the dishes after dinner.

Although Jack keeps tight-lipped on much of his dating history, he did disclose naughtily to Critic that “If I’m ever on tinder, I really only talk to my first match”. He’s a one-match, good-catch kind of guy! His tinder bio, as it turns out, promises that he’ll provide anteater facts on demand. When pressed for an anteater fact, Jack starts typing on his computer. (“You can’t google them, that’s cheating!” “Well, I said I’d find them on demand, not that I have them.”) His anteater fact? “They have really hilarious tongues, just hilarious.” His green eyes dance when he laughs, catching the light.

Jack’s ideal date consists of a scenic view of the Clocktower (complete with paradise ducks) and a bottle of red wine to watch the sunset. At this point, I interrupted him, confused about being able to consume alcohol on campus. “Well you know, actually, the University’s alcohol regulatory policy stipulates who can allow alcohol to be drunk on social functions on campus, like the vice-chancellors and the deputy vice chancellors for certain things.” Jack explains. “But in the case of OUSA events, I’m the person who ticks off if people are allowed to drink, so basically you can always drink on campus if you’re with me.” Honestly, if that’s not a reason to date a man, I don’t know what is.

But before Jack can get started on his emotional journey to find the love of his life, first a makeover is in order. The man has not had a haircut since before lockdown, and it shows. Thanks to the amazing team at The Barbershop at Harrington/Vaughan Academy, Jack was treated to a flash new cut by talented hairdresser, Kale. With a new ‘do, Jack is now free to romance several women in the name of good media. Critic gave him some free fashion advice and are just hoping for the best, which is all you can really ask of men.

When asked what he hopes to gain from this profound journey to find love, Jack pauses, his fingers tapping the side of his strong, sensitive jaw. “Any excuse to bring a wonderful young woman on campus along to an OUSA initiative or event and show them what we’re all about here at the Otago University Student’s Association,” he says cheekily. He’s nervous to undertake dating in the public eye, but “a healthy amount of nervous. Not too much, but not too little.” And that, in a nutshell, is Jack Manning. The perfect, medium man. A true neutral.

If you want to become the First Lady of OUSA, apply to criticbachelor@critic.co.nz with your full name, your student ID, and why you think you should be in the running to find true love with Jack Manning. Video and visual submissions are welcome.

It’s winter, it’s fucking cold, and a man who likes watching The Social Network and cuddling is about what we all deserve right now.