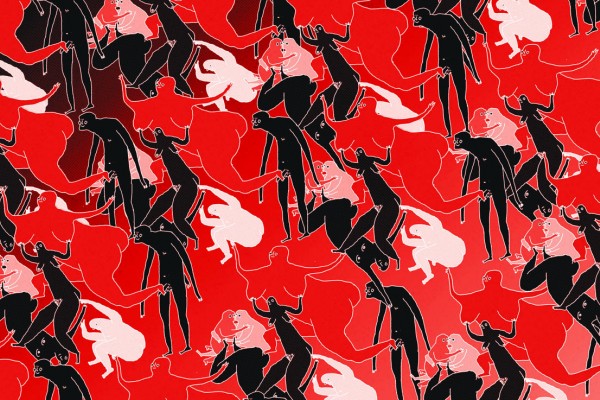 Alright lads, I’ve got a problem. I don’t know if it’s something developmental, or if it’s just that I’ve been shacked up for six weeks without a shag, but I’ve had more wet dreams during the lockdown than I’ve had in my entire life.

I’d be lying if I said I was complaining - it’s not like there’s anyone here to be embarrassed in front of, and I’ve had some pretty vivid dreams about some pretty stellar sex. I’m mostly just confused as to if this is a problem for more people than just me. I’m not a chronic masturbator or anything, and I wasn’t having all that much sex before lockdown either, and I assume the same is true for the majority of yous. So what gives?

At this point I think I’ve had at least one wet dream per week. It’s gotten to the point where I’m waking up right at climax, which means half the time I can keep it together and half the time I just sit there with a head full of steam as I soil my pants, which seems like a waste. Also, the dreams are starting to get a little weird, and I’m getting a bit concerned. I don’t wanna take too deep a dive into my psyche, but I gotta say, some of these dreams are starting to get a little weird: one time I was sucking my own dick. I woke up from that one.

Obviously I haven’t told the boys about this, and there isn’t a bird in sight to tell about it either, so I’m reaching out to Critic. I’d like to say that although this is definitely weird, I’ve been able to have better sex in my sleep than I’ve had awake. If I can figure out how to control these dreams I could be keen to keep having them, but for the time being I feel like I’m getting fucked by my brain more than me fucking my brain.