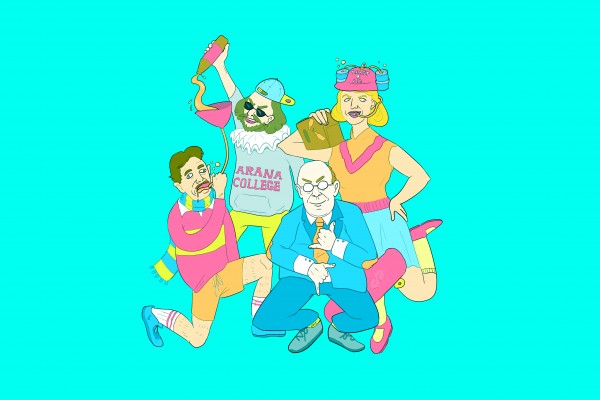 At some point in your university education, you will inevitably go through a cider phase. Most fools automatically reach for the bright, garish Scrumpy, but a few - the few who dare to dream bigger - will dip their toes into the sparkling waters of Old Mout Cider. Drinking Old Mout is what I imagine riding a horse is like; strong, sweaty, my thighs aching as I take in a days labour. It’s good, honest work. After I finish ploughing the fields, I take your mother in my tanned, muscular arms and I make passionate love to her. She’s an older woman but she has the stamina and the vaginal stench of a much younger lass.

I’ll tell you a trade secret - make sure to ardently check the back for the drink standards. Old Mout Cider drinks vary wildly in standards, ranging anywhere from a piss-poor 4 to a triumphant 9. The trick is in the wording. If it has the word “scrumpy” on the label anywhere, you’re in business. Don’t be fooled by the boysencider; it’s delicious, but the idea of 4 standards in a 1.25 litre makes me want to gag, and that’s saying something (I destroyed my gag reflex after a particularly heinous year 11 school camp).

Overall, Old Mout Cider is a lot of sugar, and a whole lot of liquid. You’ll feel bloated, and for fuck’s sake, don’t wear a jumpsuit whilst drinking this bad boy. It’ll make you wish that you weren’t such a pussy and had just downed some shots like a normal, functioning university student. That being said, Old Mout is the best cider a guy or gal can buy with a tenner. It’s got the name, the good font choices, and the tasty bubbles, baby. So to all my dear cider drinkers out there, I see you and I wish you all the best. You walk the hard mile. You ride that fucking horse. It’s tough work but somebody’s gotta do it. Amen.