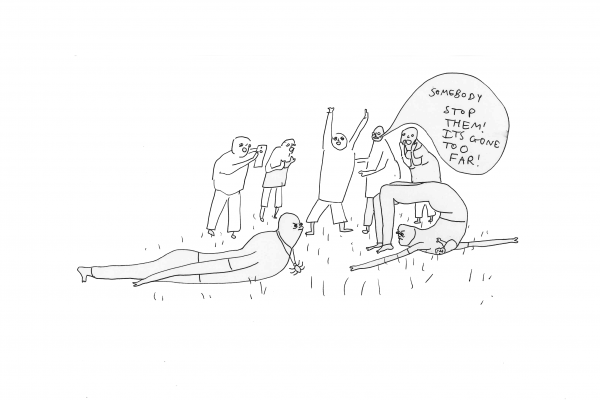 The weekly yoga groups based in the Botanical Gardens and the Woodhaugh Gardens recently had a dramatic spat over who owns the North Ground rugby pitch.

The Chief Yoga Instructor of the Woodhaugh Sun Children, Daniel “Spirit Beetle” Rogers, said, “yeah, it was an intense battle. We took some heavy damage. Both Sarah and Nathaniel have had their root chakras thrown out of balance. Gregory completely lost access to his third eye.”

However, Spirit Beetle said that the Botan Buddhas definitely took more spiritual damage than the Sun Children. He said, “those bros have tight form, but they can’t hold a healing crystal to the impeccable form of my locust position. I almost feel bad for how much negative energy must have entered their system.”