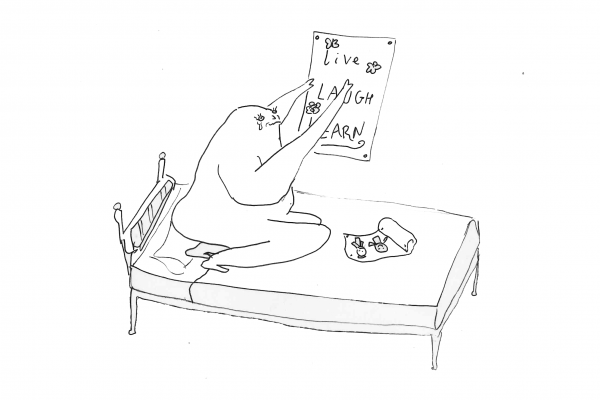 Jennifer Rackford, 23, has removed the only remaining Critic centrefold blu-tak’d to her wall. According to her flatmates, Rackford has been slowly taking down her collection of centrefolds ever since her last birthday.

When asked why she removed the original ‘Fuckboys of Dunedin’ centrefold, Rackford said, “I just thought it was so vulgar and lowbrow. I think we need some more positivity and motivation in our lives.”

One flatmate said, “yeah, it’s really weird. She’s been turning up to random Saturday soccer matches. She’s been ignoring all our invitations to drink every weekend, instead replacing us with her new ‘mom friends’.” Another added, “God, I hope I never get that old”.