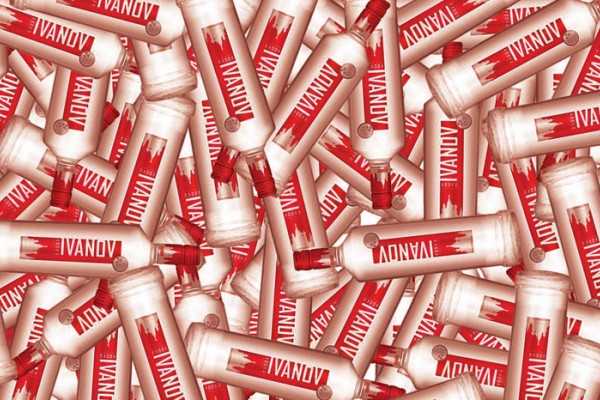 Ivanov Vodka is THAT bitch. A trustworthy, hard to find, bitch. She’s got your back when everyone at the party’s talking about how you slept with so-and-so, and will probably scream in the hostess’ face about third wave feminism. Ivanov Vodka is the cheapest vodka on the block, but the price difference isn’t noticeable in the slightest; it tastes like, you guessed it, vodka. You can fight me on this in Facebook comments and I will probably cry myself to sleep, but I truly believe with every ounce of my being that there is no good or bad vodka, there is only vodka. It is the ultimate true neutral.

If you’re weird about the dirt-cheap price of Ivanov, comfort yourself with the fact that its red and white colour scheme makes it look like a Smirnoff bottle, from a distance, or to a visually impaired friend. Squint a bit and save yourself ten bucks, which is also the golden rule when it comes to prostitutes. If you buy Smirnoff you’re a brand whore. That’s all.

Overall, the taste, the branding and the name make me feel like I’m a Russian comrade, living out the communist dream. Unsurprisingly, Ivanov and the Soviet Union will both leave you fucked up, cold and face down in the middle of a field. Maybe even dead. That’s vodka, baby.

Froth Level: Vladimir Putin, shirtless, on a horse. Google it.

Tasting notes: sweat from a labourer’s back as you strip the potato field. It’s 1971. Life is hard but worth living.