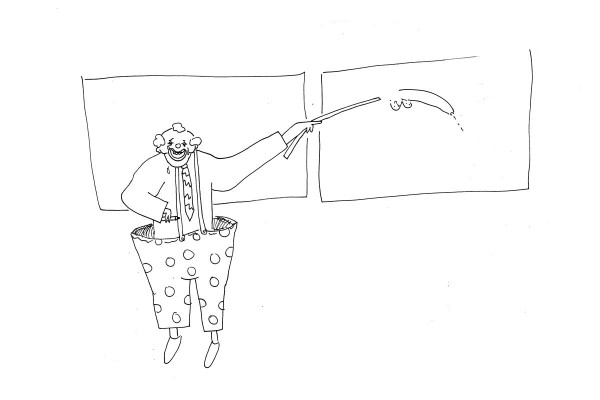 Professor of Comedy Confirms: Drawing Dicks On Whiteboards is the Pinnacle of Humour

Dr. Harry Whitburn, more commonly known as Bonzo the Clown, released an official statement yesterday confirming that illustrations of masculine genitalia on whiteboards is scientifically the pinnacle of humour.

Dr. Whitburn is head of Otago’s lesser-known Comedy Department, located in the English Department storage cupboard. Whitburn came to his shocking conclusion after visiting all 15 residential colleges and noticing just how many freshers had penises drawn on the whiteboard attached to their door.

Whitburn believed this was a turning point for his department, he said, “I was shocked to see this interesting new development in the field of comedy. To think that one simple illustration consisting of just two balls and a phallus could invoke such fiery laughter inside a person. Marvelous. Just marvelous.”