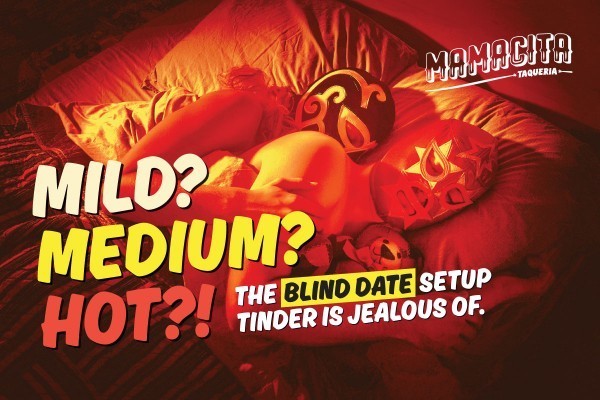 I turned up a couple minutes before my date, with a fresh cut and my best clothes trying to amp myself up to woo my date. I was sitting waiting with my heart jumping every time another guy walked in. A couple minutes past 7, a handsome guy in a leather jacket and short blond hair made his way in alone. “Surely he can’t be my date,” I thought. “No way he’d be single in a town full of such thirsty gays.” I was right, and to my disappointment he sat down at another table.

When my date arrived I tried to stand up to greet him, and instead got my legs caught between my chair and the table and made myself look like a drunk idiot despite being way too sober to be on a blind date. Luckily he was polite about it and we laughed it off awkwardly.

I was ready to be pretty weird but he was sweet and I was kind of worried that most of my chat would have scared him out of the restaurant. Instead I pretended like his parents were there too, and was civil. When he said he was from California, I was hoping to get some stories out of him (they host the Folsom St Fair, surely you have some exciting tales), but after years of chatting up guys on the apps I wasn’t entirely sure how to ask about his sex life without sounding like a nurse from Family Planning. Maybe he thought I was too polite for him to say weird shit to, but it ended up feeling like a conversation with that one friend who’s way too gossipy and you don’t want to say anything too strange because then everyone will know.

He was nice, and the date was nice, but overall there wasn’t a lot to say, which is why I elaborated on the hot guy at the start of my piece. Big thanks to Critic, Μamacita, and my date for the good evening, and also to Notorious B.I.G. from a few weeks back for the good night and for returning the favour.

Tl;dr – I got fucked all night and into the early morning.

I was happily watching Beyoncé’s “Homecoming” documentary with the flatmates at my side and Speight’s in my hand, when I looked at my phone and realized my date was in 10 minutes! I hopped on my bike and busted my booty down to Mamacita.

The date was there and he was cute, but not really my type. Introductions were kind of awkward, and the small conversation was dry—sparks were not flying.

Food was great though—I had the THICCest chimichanga I have ever seen. Girth so big I couldn’t fit my mouth around it. The largest thing I’ve had in my mouth for weeks. You bet I swallowed.

Afterwards I was feeling giddy and a wee bit tipsy from the margaritas, so I took my date to listen to live jazz at Dog with Two Tails. My date was kind enough to sit alongside seniors while I was vibing to the good music.

Afterwards we walked home, and WOW we struggled to fill the 20 minutes with conversation. I rode my bike to the date so I really wanted to ride away. But we already established that we flatted near each other so I didn’t want to be rude and completely blow him off. Finally we reached his flat and said goodbye. I was sort of relieved when he didn’t ask for my number. To be honest I forgot his name, but see you around mate!

The only exciting happening that night was my assignment screwing me and keeping me up all night.

Thanks for the free food Critic!