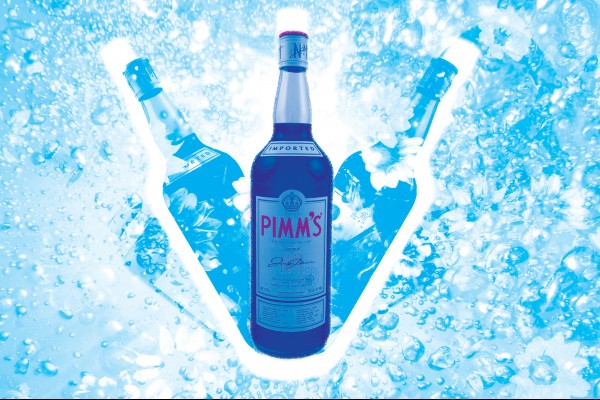 Pimm’s is the perfect drink for the perfect day. On one of those rare Dunner stunners, when the Leith only vaguely smells like piss and the grass resembles Prince William’s head pre-balding, a glass of Pimm’s is the wholesome content you deserve.

The drink is weirdly associated with British culture, which is odd for a group of people that never seem to go outside. Less racist than gin, but more classy than an RTD, Pimm’s is recommended for watching the cricket or attending a garden party. So, in all likelihood, you’ll probably only drink this once in your fleeting lifetime. But boy, it’ll be a nice one time. Like the time you fucked your best friend and now pretend like it never happened. It happened. Brian, I wish you would look me in the eye again.

Pimm’s is the sweet spot, the taint of the male body, if you will. You know, when you’re fooling around with the ol’ dick and balls, and decide to press down on the smooth perineum for a bit of extra Southern comfort. It’s not the anus, no, that’s the delight reserved only for pure spirits, but it’s better than the testicles of beer. At a fine 25% alcohol content, Pimm’s slides in between the two promised lands to create its own haven of ecstasy and euphoria. Add some fresh fruit, mint, and whatever else you can steal out of your neighbour’s garden for the ultimate tropical treat. Theft isn’t theft if it sparks joy.

Pairs well with: Making love in unusual and interesting ways, frolicking in water, wearing all white in a non-KKK way.