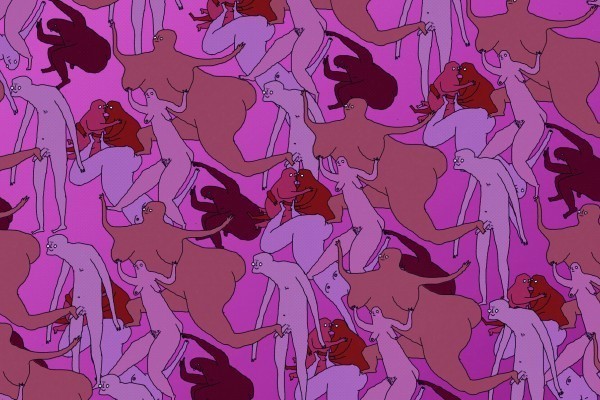 Two summers ago, I spent much of my time travelling overseas. This was my first time travelling alone in another country. With this came a sense of freedom; I could do whatever I wanted. As a gay man, my options are rather limited. I had never been in a proper relationship with a guy before, and I was very keen to experiment. In the gay world, "cruising" is where you meet in dodgy as fuck places such as bathrooms, beaches, parks, etc. for anonymous sex. I never really had any intention to try cruising, especially not for my first time. Yet, finding myself alone in a bustling city on the other side of the world, I was willing to try anything.

I found myself walking through a park to get back to my hostel. The views of the city from this park were incredible, but I wanted one thing to make my day even better. As I was about to exit the park onto the road, I noticed an unlit path following a brick wall into the darkness. My gaydar instantly recognised this as a cruising spot, and I followed my legs down the path. I stood around for a moment, letting my eyes adjust to the dark. Nobody. Slightly disappointed, I began to head off back to my hostel. As I started to go back, I spotted a silhouette at the top of the path. I decided to wait a little longer as he walked down the path toward me.

After a few coughs and whistles to make sure we were here for the same thing, I approached him and started to make small talk. He was in his mid-20s and a local. Fuck, he was hot. He eventually asked me if I suck cock, and I told him that I had never tried before. After he whipped out his already-hard dick, I knew I was in for a treat. I squatted down, grabbed a hold of his throbbing cock, and immediately put it in my mouth. He said I was so good that he couldn't believe it was my first time. While going down, he stroked my hair and caressed my ears, which was fucking hot. After a few minutes, he was ready, and squirted his load onto the ground before I continued to suck. Soon after, he pulled his pants back up as I wiped the saliva and cum off my face before parting ways.