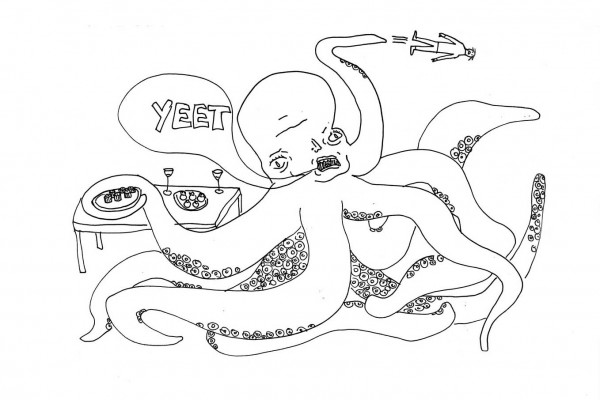 When Finn McGill burst the door open to the Tribune offices, soaked from head to toe, he stole the attention of the entire staff. What came next was a summary of the very true and terrifying story of the sketchy ass octopus that lives by the OUSA Aquatic Center, just off the Dunedin harbour.

“So we’re talking, like, ten feet long tentacles. And eight of them. This cunt is huge,” he panted as someone draped a dry blanket over his shaking, wetsuit-clad body. He immediately threw it off to wave his arms madly around him to mimic said tentacles. “He HEAVES my mate from the balcony of the aquatic center. YEETS the dude across to the other side of the harbour. Then, and only then, did the octopus go for what he wanted that whole time. The tuna sushi platter from uni catering.”

Finn shuddered, then added, “the worst part is he then tried to explain why the aquatic center was a good use of OUSA money, and he actually sounded serious about it”.