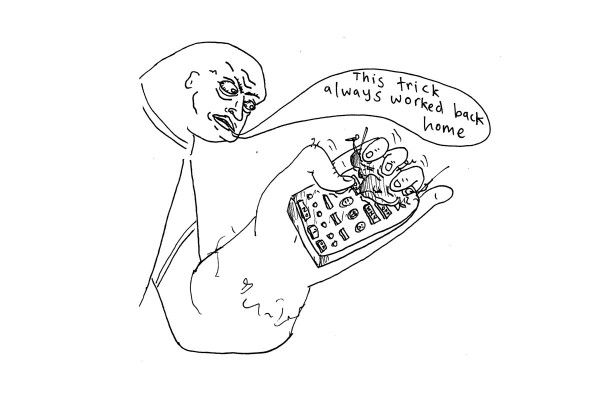 At press time, Ryan appeared to have given up on the idea of trying to breath life into the dead double As, and was scanning the lounge for a wireless mouse or keyboard. The Critical Tribune would like to point out that healing crystals can be effectively used to recharge dead batteries, if placed correctly.