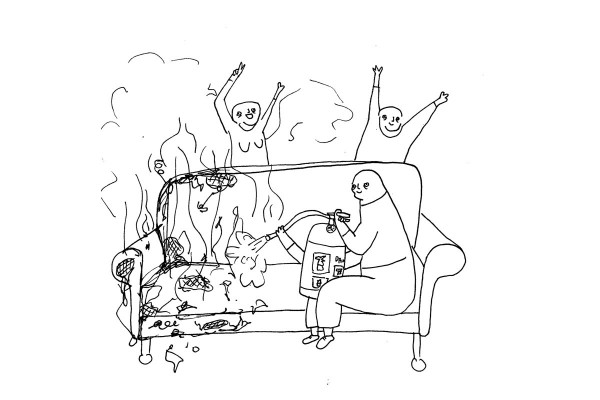 Broke Students Can Only Afford to Burn Half a Couch

The party at the “Sik Lads” flat on Castle Street was already dying down at 1 a.m. when the Tribune arrived to review it. The crowd - once a sizable 150 people - had dwindled to only 30. Chazza, one of the hosts, said that when he heard a gaggle of second year girls calling their party “a let down,” he just knew that they had to do something wild to get people to stay.

“There’s eight of us living here, so we need all the furniture we can get,” Chazza explained to the Tribune as the crowd rapidly increased in size to watch half of a burning couch. Although the fire wasn’t that impressive, it was enough to retain interest in the “Sik Lads”. Chazza’s flatmate Bazza was standing nearby with a fire extinguisher to stop the flames from getting to the half they wanted to keep.

Campus Watch turned up but were unable to reprimand any students, saying only burning half a couch doesn’t count.