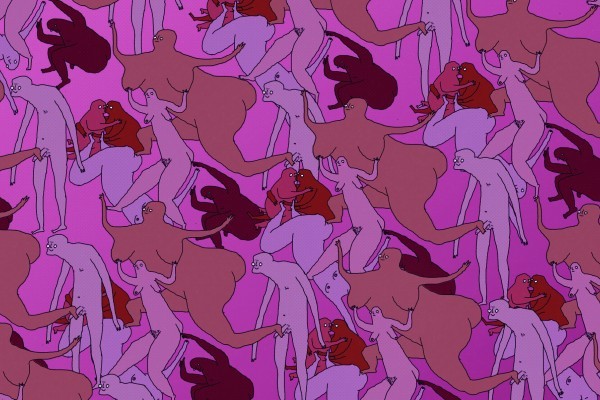 OK so I'm not much of a writer but I have been thinking about this for a very long time and I reckon the Critic readers might get a wee buzz out of it so here goes. Last year I was in Unicol and me and my friend's friend Matt* were out on the piss after a party. We were at Macs when we met up with Jess*, a chick from my hall. I had had a bit of a thing for her since O Week, she was pretty hot but I hadn't had much of a chance to get to know her by that point. So we were all pretty drunk, having a big night etc. I was flirting with her quite a bit and then it dawned on me that my mate was as well, I guess he didn't realise I liked her too. At some point I went to the toilets and when I came back they were kissing, which I was gutted about. But then later that night, she came up to me and started hooking up with me. I asked, "weren't you with Matt before?" and she said "yeah, can't I be with you both though?" I asked what she meant and she said she had never had a threesome and wanted one with me and Matt. Initially I was like, NOPE, but then thought about it a bit more. One thing lead to another and before I knew it we were all at Matt's and she was making out with me and him in turns. It was a bit awkward at first because I'm definitely not into guys, but I kind of went with the flow and soon she was sucking us both off, switching between us. It wasn't even difficult to stay hard and I started to relax. She was having such a good time and clearly enjoyed being the center of attention. A few times Matt and I accidentally kind of touched and I started getting really turned on having him there too. I realised that I actually wanted to see what it would be like with a guy. Jess maybe realised that because she told us that she wanted us to hook up. Moment of truth. I was shocked, Matt actually went in for a kiss and before long the three of us were all kissing each other in turns. I took a deep breath and reached out to touch his cock – and he was totally cool with it. I was jacking off another guy and it was so hot! Jess was super into it and she asked if she could watch me go down on him. I was lying on my back, and he knelt by my face, letting me lick and suck his hard cock. Jess was so into it that she started riding me while this was happening, and pretty soon I had Matt shooting his load all over my chest, and Jess coming hard shortly after. It was a crazy night and to this day I'm not sure if it was the alcohol or having Jess there, or something else, but honestly Matt if you're reading this, you know who you are and I wouldn't mind a repeat performance!