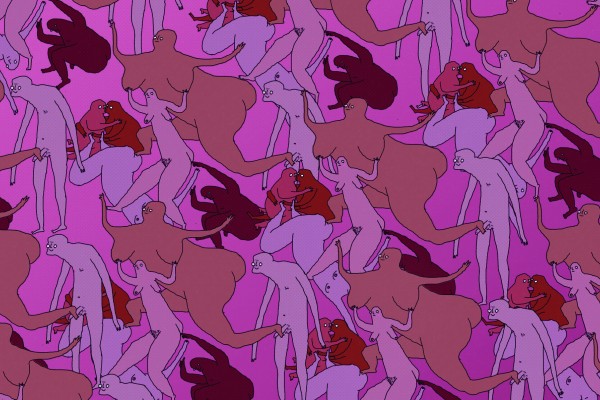 You could say I’m a bit tame. With no outrageously raunchy O-Week tales from first or second year and not a lot of action throughout either, you could consider me an underdog in the game of love. I’m an independent woman who don’t need no man, a busy gal and I have better things to do than chase a bunch of immature breathers around. Or at least that’s what I like to tell myself.

My one break from work and study for the year came in the form of a trip back home for Christmas. I was pure fizzing to see family and friends, but eventually boredom overcame and Tinder became my entertainment of choice. The calibre of Christchurch men was drastically improved from the bogans left in Dunedin over summer and the matches started rolling in.

First to pull through was Alec*. Alec was a straight up hottie. Gorgeous face, absolutely ripped and chat to go with, he was a one night stand I could be proud of. With a couple messages during the day I can’t say I was expecting a “still up” message at 2:28am. Fatefully, I had been woken by a drunk phone call from my friend and I drove to his, expecting an average hookup. Oh boy was I in for a ride. We go straight to his bedroom and after a few minutes of small talk we get down and dirty. Clothes got ripped off, hands slid down and he started to dirty talk. HARDCORE DIRTY TALK. He made me feel so dominated that I don’t even know how I enjoyed it, but I sure did. After some passionate fucking, he started to go slow and inched downwards. I somehow got dirty talked into doing no-lube anal with my first tinder hookup and I won’t say I didn’t enjoy it. After a kinky shower together we fell asleep spooning, every girls dream. We woke up and had another intense morning fuck before I waddled my way home. Anal hurts folks, look out for your friends.

Second up was Leo*. Leo was not too shabby looking, 6’7 and had utterly mad banter. I decide it’s a great idea to head round to his, the night after spending it at Alec’s. After saying a brief awkward hello to his flatmates we head to his room, where minimal small talk occurred before we end up on his bed. We start lightly tracing lines on each other’s backs, giving me chills and making me super horny. Leo was cute and gentle and he starts taking my clothes off slowly and sensually. I can’t say Leo was anywhere near as kinky as Alec, but holy fuck his dick was bloody huge. I took an absolute pounding that night but wound up a happy girl falling asleep in his arms. The asshole didn’t tell me he was going to kick me out at 5am when he had to go to work but still, no regrets about getting fucked by a gentle giant.

Last but certainly not least was Oscar*. A few days after the other two adventures, Bay Dreams had rolled around. After the best day of my life, my friend and I realised that our accommodation just wasn’t logistically going to work and we decided to attempt pulls, merely so we could have beds to sleep in for the night. We both manage to reel in some suckers and I end up meeting this boy in town. With my phone on 3%, I bloody prayed this guy wasn’t a psychopath. He was staying in an AirBnB with his friends, loosely told me the address and explained we would have to walk for a bit until there was a taxi available. 40 minutes later a taxi finally stopped to us desperately waving it down and we both now knew each other’s whole bloody life stories. We head straight upstairs and he immediately turns off the light as I sit on the edge of the bed. He walks across the room and gently kisses me while undressing me. Slowly kissing down my body he makes his way between my thighs and starts going down on me. As I feel his mouth throughout my whole body he looks up and smirks as he says, “Hope the walk was worth it”. DAMN RIGHT IT WAS WORTH IT, HOLY HELL I HAD NEVER CUM LIKE THAT IN MY LIFE. Position after position, we must have made our way through half the Karma Sutra over the next few hours. He even made me late night tomatoes on toast, and I briefly fell in love before I forgot about him for the rest of my life.