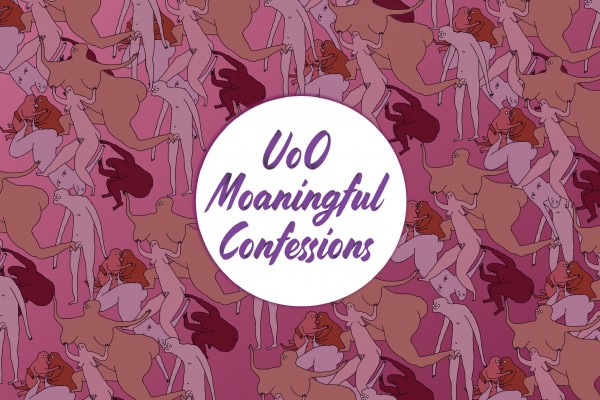 I went to Melbourne over the uni break, to get some chill sunny time and serious partying with my cousin Sarah*, because I worked my ass off last year, and also while I’m at it, FUCK 2ND YEAR LAW.

One night out with Sarah’s mates, we ended up in a cool bar in St Kilda, called “Secret Garden,” where I had eagerly chucked some MDMA up my snoot and was ready to cut loose. On my way back from a trip to the ladies, it dawned on me that I was being checked out by a hot guy in his thirties at the bar. My newly found chemical confidence had me strutting a little and making bold eye contact. I was wearing a dress that was shorter and tighter than usual (borrowed from Sarah) and some pretty high heels – I looked good, tbh. I decided to “live a little” and walked right up to the hot guy at the bar. After a bit of chatting following by a lot of making out, we ended up back at his hotel (Rydges).

After about ten minutes, we were already dry fucking on the bed like a couple of teenagers. I could feel how hard his cock was through our clothes, and even though the MDMA had worn off considerably, I was super hot for it. Standing up, he unzipped my dress and slid his hands inside it, roving across my hard nipples and down to my underwear, which he yanked down along with the dress. Flipping me over, I heard his belt being undone, then felt his warm hands rubbing my back. He parted my legs and started rubbing my clit from behind, to which I arched my back and pushed back on his hand, begging to be fucked. I didn’t have to wait long, and soon he was sliding in and out of me with his thick, hard cock, moaning as he grabbed a fistful of my hair in his hand. His fingers didn’t leave my clit, and that, combined with the hardness inside me, sent me over the edge in a furious orgasm, my thighs trembling as my pussy spasmed around the base of his cock.

He got up and rustled around the room for a few minutes. I looked up as he headed toward the bathroom for a shower. “It’s just next to your purse,” he gestured over towards my bag, which now had some bright yellow Aussie $50 notes stacked next to it. “Do you want a shower or are you heading off?” he asked casually. “Oh, um . . . yeah I’ll just head off I think,” I replied in a daze. Had I just been paid for sex? HAD I JUST BEEN AN UNKNOWING PROSTITUTE? I HAD, OMG I HAD! OK be cool. Take the money and run. I got out of there fast, and headed back to Sarah’s flat, to regale her with the crazy tale. She didn’t believe me whatsoever, until I opened my purse to show her the $200 I had “earned”.