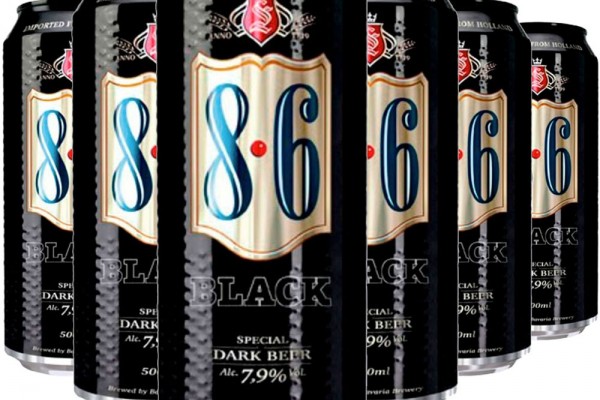 The Bavaria 8.6er is beer flavoured paint stripper in a convenient 440ml can. I'm 86% sure I once saw Bear Grylls use this to start a fire on Man vs Wild. The fiery lick of this "beer" hurts more than the idea of a left wing government hurts Mike Hoskings feelings. I’d rather face an over of short stuff from Neil Wagner, armed only with a pool cue, than drink this shit again.
The Bavaria 8.6er tastes like shit lager mixed with methylated spirits, which makes it potentially the worst mainstream beer going. Except for maybe Tui. Fuck Tui.
The pain of drinking 86ers is reminiscent of that time that one fuckwit from Waimate put some country music on at the party. It tastes like a badly mixed combo of lighter fluid and urine.
Having to drink an 8.6er is like getting a Joseph Parker punch to the face, but with no $2 whoppers the next day. This beer is so fucking shit, I can’t believe anyone would willingly drink it, let alone buy it.
To be fair though, at 7.9% it gets me fucked up faster than Shane Cameron hits the canvas from a David Tua special so it gonna get an “O” for orsum from me.

With a cheeky New World Club Card deal you can get these at 4 cans for $10. At 3.4 standards per can that’s 13.6 standards, Shit yeah! That’s some serious value! Unfortunately, it’s like jumping into a cage fight with Mark Hunt for 20 bucks. Sure, the next day you have a bit of extra coin in your pocket but its definitely not fucking worth it. Sometimes the $5 you saved on the beer you bought just doesn't justify the fact that it tastes like it’s been fermented with Brodie Retallick's jockstrap after 80mins on the rugger pitch.

Then again life’s all about trade-offs, I’m a big fan of soundly investing those savings for the future. Feeding them into the pokies and buying some Rothmans Red sounds fuckin ideal.
See yah at the back of the local.