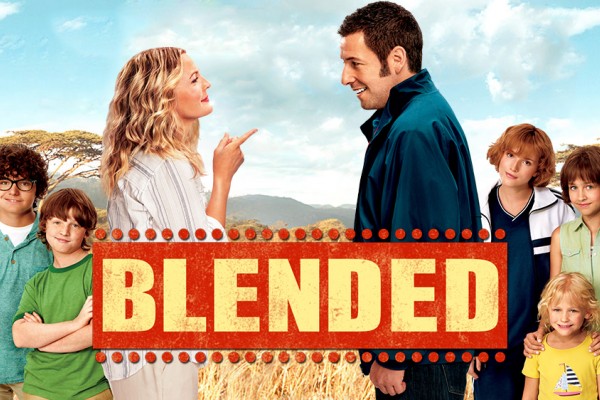 Hey guys, remember me? That girl with the poor time management that decided it would be funny to review every single Adam Sandler film? Honestly, this column is wrecking me. Who would’ve thought watching three hours of mindless nonsense could truly crush someone’s soul like this? But hey, art is pain, and the reviews must go on.

So I watched Blended. It’s a 2014 family romcom with Adam Sandler and Drew Barrymore in it. And to be honest with you all, none of it was particularly memorable. In my defense, I was inebriated while watching said film, but I’m going to try and recall my thoughts on this film from this very hazy memory of mine. Basically, the film centers around these two families, with Adam Sandler being a divorced dad and Drew Barrymore being a divorced wife. They go away on some holiday to Fiji together where they spend two hours basically flirting in front of their kids – adding to the will-they-won’t-they vibe of the film. Terry Crews is in it, and that was honestly the biggest highlight of this film.

Like I cannot stress this enough, this film was not memorable at all. Honestly? Just like most of Adam’s other films. This film is making me think more about Adam Sandler as a brand rather than an actual person. He’s created this image of himself, based around being the loveable, goofy dad that is SOMEHOW attractive enough to get out of his league love interests and save the day. Yet because we have seen this brand played out so many times, we begin to lose the actual sense of Sandler. Who is Adam Sandler? What is his purpose in life? Is he happy doing this shit day in and day out? Or has he reached a point where he no longer cares about the content and just the paycheck? Like the fact that he has literally reproduced the same film so many times but gives it some cliché name like “Blended” really solidifies my distaste for this man. He’s running out of ideas, so he keeps making films that portray him in the best light, so we can keep feeding him money.

I’m sick of this. I’m stressed out. I’m tired of watching these films. I’m sick of having to see his smug face haunt me and flaunt his wealth as I subject myself to another one of his mindless films. But I’ll keep doing it, just for you – the one reader who still cares about this dumb idea of mine.