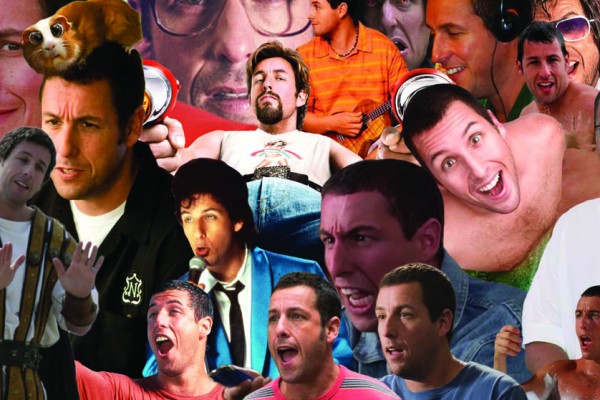 As I assume most of you are aware of by now, I have shit time management skills. Hence the lack of review in last week’s issue. I’m only one person, and the last thing I want to do at the end of the week is watch and write about Adam Sandler. But we’re here, reporting live from the New World staffroom, ready to review some Sandler. Before diving into this review, I’d like to give a shout-out to Alex for making me aware of this film, Elliot who puts up with my shit and sits through these films with me, and the New World staff reading this Critic in the far end self-scan every evening.

I’m slowly running out of ideas for what Sandman film to watch, so I decided we should go a bit grassroots on this one and take a journey back to Adam Sandler’s first ever film. Going Overboard is a 1989 film from the Happy Madison film company that debuted its shining star: a sexy, 23-year-old Adam Sandler. Sandler plays a waiter on a cruise ship who wants to be a standup comedian, so tries to steal the spotlight off ‘Dicky Diamond’ for his chance at the big time. Sounds promising, right?

This film is fucking terrible.

And I have a lot to say.

So get this, it starts off with a dictator from Panama deciding what film to choose, before settling on Shecky Moskowitz. After putting in the tape, ‘Shecky’ (Sandler) then greets the audience by breaking the fourth wall, talking about how the film was only produced due to access to a large cruise ship and ‘beautiful beauty pageant models’. The film makes no coherent sense after this. It involves Sandler constantly breaking the fourth wall to address the audience in a self-reflexive manner which is fucking weird to watch. While the main plot seems to be how Schecky wants to be the ship’s stand-up comedian, the film hits you with another sub plot! Remember that Panama dictator I mentioned earlier? As he watches the tape, one of the beauty pageant models starts bagging on him and saying how “he smells like three-day old pizza”. Now this is where shit gets whack. The dictator then calls in these two ‘terrorists’ (the film’s words, not mine), and gets them to go find the woman from the tape and kill her. So as the dictator dude is WATCHING the tape, the two ‘assassins’ are in the tape tryna kill the beauty pageant model!!!!! They made a fifth wall and shattered it alongside my dreams! Then basically Schecky does a comedy routine, the beauty pageant model doesn’t get killed, the assassins end up doing some comedy – and the film ends with Sandler explaining how he promised to put assassins in a film.

This film is the most bizarre, avant-garde yet crude piece of shit I’ve ever watched. Some of the scenes look straight out a third-year art school project, while the others look like they come from a 90’s soft-core porn video. The film has such a slow progression of the plot, and generally just doesn’t make any sense.  Like why does Sandler constantly break the fourth wall? Why is there a random scene of a heavy metal singer doing a performance for no real reason? Why was this film ever released let alone made? There is a reason why it only has a rating of 1.9/10 on IMDB. This film is complete garbage; words can’t even explain how confusing and dumb it is. But hey, without this film we would never have been gifted Adam Sandler films at all. If there is anything we can take from Going Overboard, it is that from humble beginnings comes great prospects for the future – so long as no one brings up how shit you are.