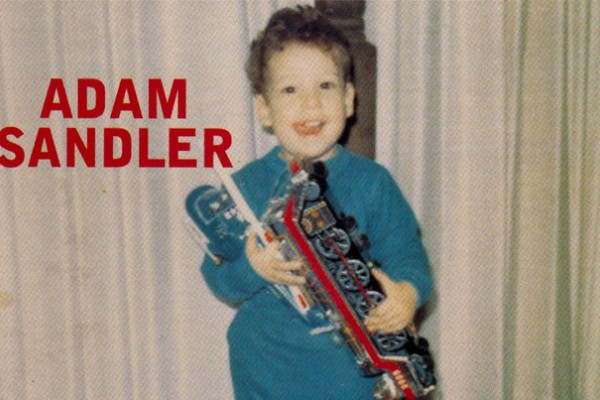 Mr Sandler, Bring Me a Dream | What The Hell Has Happened To Me?

Adam Sandler has a music career.

Who the fuck is this man.

Hey guys, Henthony Griffano here, the Critic’s busiest Adam Sandler nerd. Now I’ll be honest, I forgot to watch a film this week. I was scrolling on Adam’s Wikipedia page for inspiration and I saw the section titled ‘Discography’ and my heart stopped beating. Ranging from 1993 to 2004, Adam Sandler has released five comedy albums. Why did no one tell me this? Now I can’t review all five (yet), so I decided to review his 1996 album What the Hell Has Happened to Me?

This album was released around the same time as Happy Gilmore, so you can tell he was riding the high of being a superstar. Unfortunately, his talent and comedic genius doesn’t translate into this album. Although less than an hour long, this album has 20 tracks. 20. And none of them make sense. Each song is designed to sound like a podcasted Saturday Night Live sketch, but none of them really work together.

The first track is called “Joining The Cult” in which it’s literally Adam having a three minute conversation about how he wants to join a cult with his mate. This is followed by the next track “Respect,” where Adam plays like seven different characters that are all asking a little boy about his first day of school. Both of these songs don’t really make much sense, and I was starting to get a bit lost in the music. But then, we hear his third track “Ode To My Car,” which is the most bizarre yet bangin’ song I’ve ever heard. Sandler decides that he should obviously produce a reggae song that talks about how shit his car which I genuinely laughed at.

The rest of the album goes on some really weird tangents. There’s an eight minute ‘song’ in which Adam Sandler’s mates talk to a goat which is voiced by Sandler, another eight-minute track of Sandler being in therapy and literally farting the whole time, as well as a seven-minute track of someone who records others having sex and tricks people into seeing if they’re working out or having sex. The final track, “What the Hell Has Happened to Me?” is a very self-reflexive track on Sandler’s part that talks about how weird his life is.

Honestly, I give this album a light 7. I don’t understand why this needs to exist, but I’m not angry that it does. It makes no sense, the tracks drag on, and result in a very dissociative experience while walking to uni. Adam, you’ve done it again.