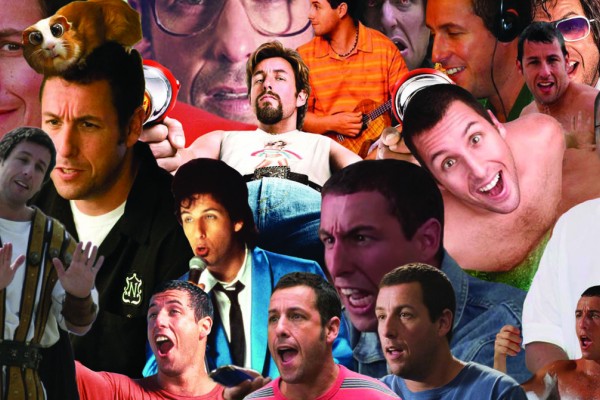 Mr. Sandler, Bring Me a Dream | You Don’t Mess with the Zohan

I think after the highs that were The Wedding Singer and Billy Maddison, I was feeling too optimistic about Adam Sandler’s talents as a cultural icon. But now we’re plummeting back down to ground level, for a film that I don’t even know how to describe – You Don’t Mess with the Zohan. I feel like for this one, it’s only right to document my reactions to the film in real time.

1:44 – Not even two minutes into the film and Adam Sandler has caught a hacky sack between his ass cheeks. I’m scared for how this film will turn out.

2:36 – Sandler is cooking on a barbeque naked. Very dangerous for rogue oil splatter, but worth it to see dat ass. UPDATE: he just clapped his ass cheeks together; my boyfriend is now jealous.

4:57 – Fred from the live-action Scooby-Doo films is doing a very poor accent. Make it stop.

11:26 – Hmmmmmmmm. The script, the bad acting and cheesy special effects scooped together with casual racism isn’t doing it for me.

17:37 – This is like if Sharknado tried to do Indiana Jones? Is this meant to be a parody? Is he being serious? I don’t know what’s real anymore.

24:08 – ROB SCHNEIDER IS PLAYING A PALESTINIAN TAXI DRIVER AND IS WEARING BLACKFACE I CAN’T TAKE IT MUCH LONGER.

26:56 – There is a sex scene with Adam Sandler and the mum of a dude who offered him a place to stay. There’s so much discourse. What is happening in this film?

33:18 – I think Adam Sandler’s accent has changed from (a very, very bad) Israeli accent to a French one? I still don’t know what the plot of this film is.

I tried guys. I really did try. This film just has no direction or plot and is just… terrible. The acting is so bad and there’s so many questionable moments all tied together with racist stereotypes and it’s just not good. It’s films like these that make me regret this column.

Adam, what were you thinking?