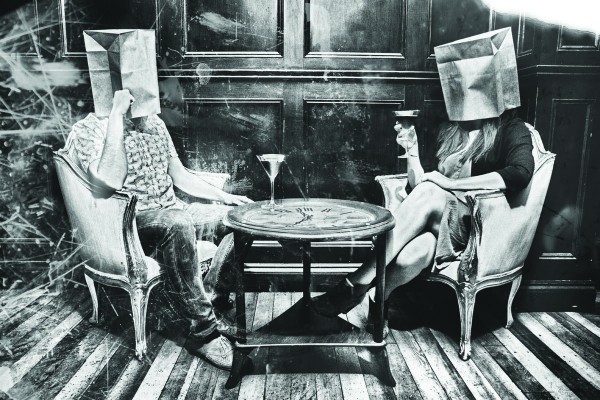 Love Is Blind | Scarfie and Scaffolder

This was a terrible idea. I’m a post-grad student, but I flat with a whole heap of undergrads. (We’re all fifth year). As semester one came to a close all of the flatties became way too preoccupied with studying and not preoccupied enough with keeping me entertained. May-June was real dull. In an effort to not be BORED I signed up for the blind date. Neato.

I had pre-drinks by myself, in my room, I thought it might be more fun that way? Lesson one, have pres with friends. Anyway, my flatties offered fashion advice as I left at some time between 5.37pm and maybe 7 (?): “Doc Martens on date?” I thought, yeah Doc Martens on a date, Fuck You.

So I definitely arrived, and we definitely had drinks because after some mediocre chat, and a realisation that I was probably bi, we ended up in his car with a Macca’s Hunger Buster on my lap and the little LED clock wanked on about how it was 12:00.

So turns out this guy is a scaffolder, or a builder, or a roadie. To be honest, I’m so bored with myself I don’t entirely care about remembering. Based off the time (~1am) my phone says I called my ex, then my brother, then my flatmate (who has the room next to mine), we must have spent an hour cruising the CBD. And every time that we came to a building under construction, he leaned over me and said “Done that”. Every time.

Peak of date: scaffolder. I mean, come on, “done that”

She was an absolute gem. This girl must have been keen on me, because she was there before I was. And according to the bar crew, she’d been sitting staring at the door for thirty minutes. We chatted and drank. And drank. Actually, she did most of the drinking as I had to drive back to Mosgiel for work the next morning.

Anyway, I really felt my connection with this chick deepen, and like strengthen, and for the first time, I found someone who actually seemed interested in my profession. I think she was pretty keen on me, because when I offered her a lift home she didn’t say no. We left Ombrellos pretty late, but seeing as she spent the whole bar tab on drinks, I slipped into the Macca’s drive through for a Hunger Buster.

From there were basically cruised through the city, along the harbour, and up to a sweet lookout spot. It was a clear night, although it was pretty cold. Good vibes.

I dropped her off. And she seemed like a cheery, happy gal, and I’m glad she had a good time, because, shit, so did I. So did I.

Thanks Critic for introducing me to the love of my life.