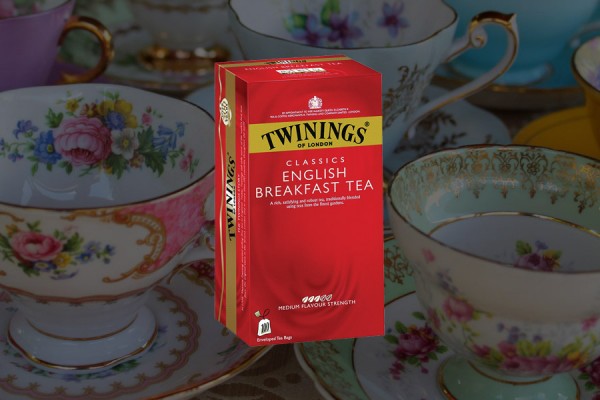 Twinings English Breakfast Tea is the opposing force to 2018, our last hope before we descend into complete censorship.

It is important to clarify that every year the big wigs who write the Oxford English Dictionary add a new word to the dictionary to represent the feeling of the times. This year they announced the addition of the new verb “2018’d”. Examples of 2018ings include law camp, Mark Henaghan, drawing vaginas and not being able to criticise the DCC even though they are certified fascists.

What does this have to do with tea you might ask? Twinings represents Prince Phillip at that royal event politely enquiring as to whether the natives still throw spears at each other. If you drink Twinings English Breakfast, therefore, you may just end up in the desirable middle ground between being an outdated old racist and the University.

Upon waking up on a cold Dunedin morning, brewing a cup of Twinings English Breakfast is like Nigella Lawson coming into bed and spooning you while you watch The Crown on Netflix. It makes you just want to lie there all day and become as unemployed as Nicky Hager.

The correct way to brew Twinings English Breakfast is as follows: one, put the kettle on. Two, put a tea bag in a mug. Three, pour in the water. Four, add a splash of milk (but not too much! Five, add sugar to taste. Anyone who flouts this process cares less about their personal well-being than the media does about actual world news. They have played a story about the fucking royal wedding every day for the last week!

One major advantage of tea is that you can follow the above process and consume tea in the morning or the evening, just like alcohol! Be assured that when you do, you will be as soothed as if Her Majesty the Queen was whispering her Christmas address into your ear (before she realises that some of her great-grandchildren will be mixed-race).

Pairs with: Referring to indigenous peoples as “the natives,” racism and generally ruining entire continents.