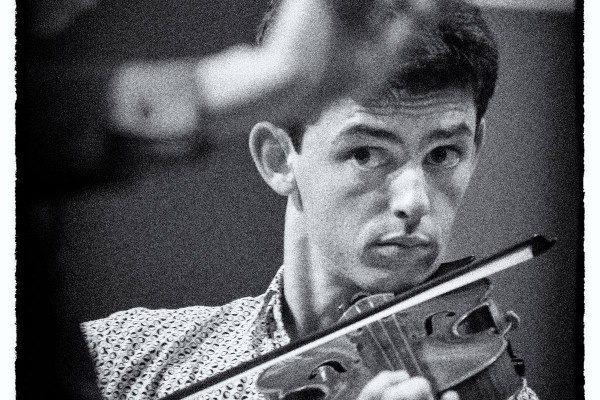 Dunedin Youth Orchestra Hit The Stage with 'Rhapsody in Blue'

The Dunedin Youth Orchestra’s “In Blue” concert coming up on Friday 18 May at 8.15pm at
Hanover Hall offers a “really chill and super fun opportunity for students to get amongst
some classic orchestra works” says Isaac Shatford, DYO’s featured soloist this semester.
Isaac is completing his Bachelor of Music with honors in Composition and Performance
Violin. He recently performed Prokofiev’s Violin Concerto No. 2 with the New Zealand
Secondary Schools Symphony Orchestra. He’s also had his compositions performed by the
New Zealand Symphony Orchestra and the New Zealand Trio. This Friday, however, Isaac
won’t be soloing on the violin or sharing his composition talents, instead, he will be
showcasing his skill on the piano, performing one of the most notable virtuosic piano works
of the twentieth century; Gershwin’s Rhapsody in Blue.

For Isaac, there was no hesitation in choosing to perform on piano over violin for this
concert, “I hardly ever get to perform on piano - and the Rhapsody is the most fun piece
ever!”. The Rhapsody has always been one of his favourites, as he grew up hearing his
mother play it. Of course, the twenty-odd minute extravaganza of a work obviously comes
with it’s tricky parts. Fresh from his performance with the NZSSSO, Isaac says that preparing
for the Gerswhin presented different challenges, “the piano has more notes at once!” he
says. That’s an understatement. I’ve watched Isaac rehearse this piece and he tears up and
down the piano so fast that his fingers are a blur. Even more impressively is that his eyes
seem to be closed more often than open (at those points the jealous piano student within
me struggles against yelling “showoff!”).

In order to manage such a massive workload, Isaac says that planning is everything. “I set
myself deadlines for having passages nailed. I had an adorable little timetable splitting my
pieces into sections for days of the week…I’m also good friends with my metronome!”. The
hard work has certainly paid off, as Isaac is all ready to go for this Friday, with the concert
also featuring performances by the Dunedin Youth Jazz Orchestra, Logan Park High School
Jazz Band, and the Otago Boys and Otago Girls High Schools Jazz Band. The Dunedin Youth
Orchestra’s program also includes Copland’s Four Dances from Rodeo. This work features
Isaac running from one instrument to another in the space of approximately four seconds –
a feat almost as impressive as the Rhapsody.

In case anyone doesn’t manage to catch a glimpse of Isaac’s fast as light sprint between
instruments, he’ll be doing it all over again (…Rhapsody in Blue too) on May 25 at 7.30pm
at Knox Church. This concert will also include Verdi’s Nabucco, Rossini’s La Boutique
Fantasque (arranged by Rossini), as well as the Copland and Gershwin.
Don’t miss either of these events!