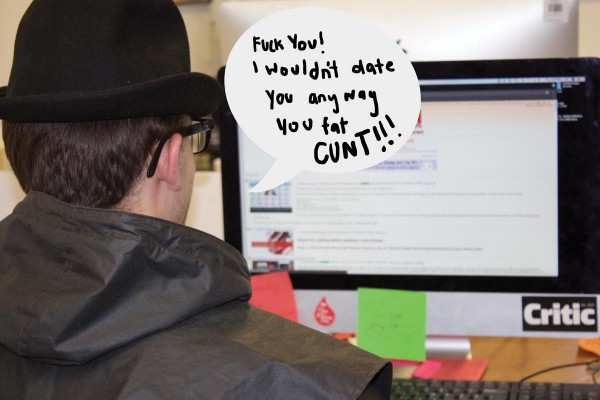 “Bitches and sluts these days only wanna date jerks. No luck for nice guys like me,” said local man Brandon Lee in an internet rant yesterday. Lee, who is known for his extremist political opinions, anime fandom, and general unpleasantness, complained bitterly about “always being stuck in the friend zone,” despite the fact that The Critical Tribune could find no woman who was willing to go on the record claiming to be his friend.