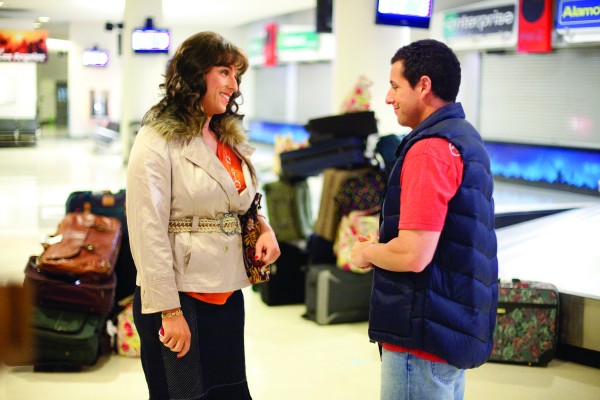 Mr Sandler, Bring Me A Dream | Jack and Jill

A weekly review of every single bloody Adam Sandler film

Honestly, following the shit show that was That’s My Boy last week, I feel at the end of my tether with this fucking column. Adam Sandler is beginning to ruin my life. Every week I question my morals and reevaluate my life as I have to choose another Sandler film to watch. Why have I subjected myself to this torture? Is my pain and suffering really worth the name of art?

Honestly, this week I was meant to do a review of Jack and Jill, a 2011 Sandler shitshow in which Sandler plays a character named Jack, as well as playing Jack’s twin sister named Jill. I gotta say, I cannot tell you what this film is about. All I know is that it has Al Pacino as a love interest, and just basically seems like every Adam Sandler film ever. Yet again, there’s the same format of crude jokes and then Sandler making that face he does and then random cameos from Kevin James and Rob Schneider.

When’s it going to stop? The answer is never. Adam Sandler’s filmography is like the digestive system. No matter how he tries to change his diet through creating different films, they all produce the same shit. Like literally, I feel like there’s a twist with this one since he plays his own sister (which is a style of film I had previously mentioned I would like him to peruse), but at this point this repetitive cycle of content has driven me to the wall of boredom. There’s no spark anymore, unless it’s extremely offensive.

I mean, I can’t really say anything. I signed up for this duty, to serve you dear readers a weekly review of every single Adam Sandler film. But honestly? This shit’s draining. Every night I have to contemplate what film to watch, and all the different ways Sandler is tormenting my life. I was at work the other day, and someone was like “Hey! You’re the Adam Sandler girl!” and now I feel like my identity has been minimalised into a brand. I am that girl who is dumb enough to watch every Adam Sandler film and review them. I am that girl who is kept awake at night wondering if Adam Sandler would win in a fight with Jim Carrey. Adam Sandler and I are now one person. He has absorbed my identity, he has taken over my brain, he is all I can think about. I feel a strong affiliation to the Metallica song “Enter Sandman,” because the Sandman has entered me, and is taking over my fucking life.

But hey other than that, if you wanna lose a few brain cells, “Jack and Jill” is streaming on Netflix.