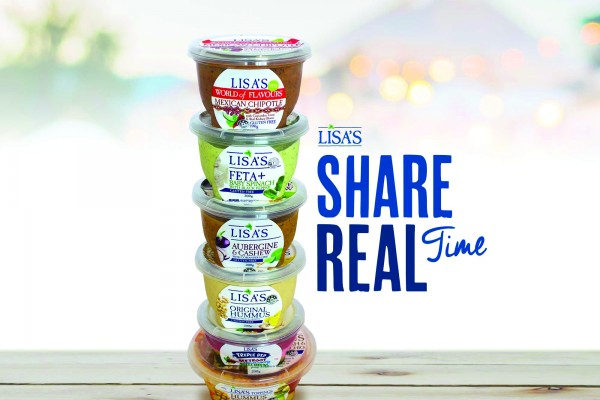 Hummus is the best thing to come out of the Middle East since oil. Lisa’s Hummus is a sure-fire way to add an exotic blast to any average student meal. Its wonderful flavour hits your tongue like an airstrike.

Nobody quite knows who actually invented hummus, but what we can be sure about is the fact that everyone in the Middle East argues about it, just like everything else, which has inevitably lead to many deaths over the years. Hummus is almost as controversial as a piss-up at a law firm.

For something that looks like a mixture of vomit and scrotums, hummus is packed with flavour. What I love about Lisa’s is that it doesn’t try to be too flash, it doesn’t take itself too seriously, it’s just tahini, chickpeas, lemon juice, garlic, and oil (America suddenly appears). This makes it like the “Gaza Strippers” of the food world, a fantastic idea thats beauty lies in its simplicity.

The Second Gulf War was actually started over hummus when Saddam Hussein tried to make it Iraq’s intellectual property. That would have meant that only hummus made in a certain region of Iraq could actually be called “hummus”, kinda like Champagne. The problem with that was all hummus created elsewhere would be required to have its name changed to “chickpea paste with the consistency of slightly wet poo”. Obviously, no one in their right mind would buy a foodstuff with a name like that, except perhaps Bashar al Assad, who is a certified psychopath. The Americans were having none of it, even though George Bush is also an avid lover of faeces.

The versatility of Lisa’s Hummus is one of its many virtues. You can eat it as a dip for chips (or crisps as we call them in the civilised world) or carrots, you can add it to sandwiches, you can cover your body in it and naked wrestle with your friends, or you can eat it plain. It’s also relatively inexpensive, costing less than cheese (fuck you Fonterra), Cleanskin Pinot Gris, or a tinny.

Its creation doesn’t fuck up the environment or cause the unnecessary deaths of animals either, only humans, giving it the ethical rainbow tick or whatever it’s called. It is debatable whether chickpeas are sentient beings, but who fucking cares.

Pairs With: Nuclear programs, jihad and firing rockets over the Gaza border.